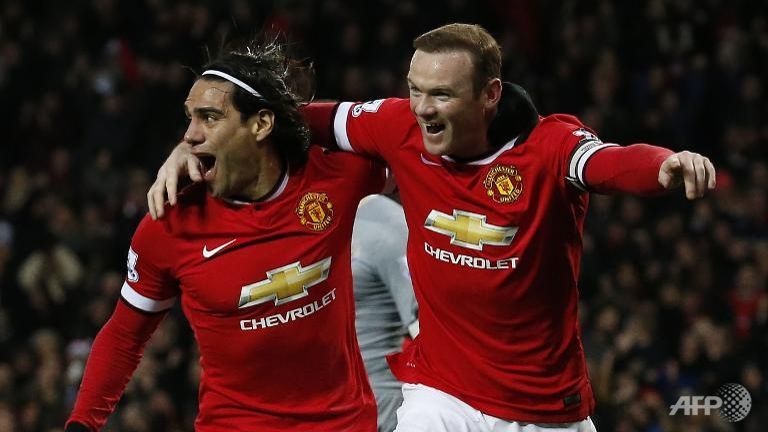 Chelsea, Manchester City and Manchester United showed their rivals no seasonal cheer on Friday as they consolidated their positions in the Premier League table with one-sided Boxing Day victories.

Chelsea continue to lead City by three points, with United seven points further back, while West Ham’s loss allowed Southampton, Arsenal, Tottenham Hotspur, Swansea City and Liverpool to make up ground in the race for the top four.

Goals in each half from John Terry and Diego Costa — his 13th of the campaign — earned Jose Mourinho’s Chelsea a one-sided home win over West Ham, who slipped to fifth.

West Ham were expected to provide a stern test after a run of five games without defeat, but despite Morgan Amalfitano hitting the post late on, Sam Allardyce’s team were well beaten in what was the London rivals’ 100th encounter.

“We played a very good game against a very difficult opponent. When we scored, we had the game always under control,” Mourinho told Sky Sports.

“I am really happy. We are doing very well.”

City were again without injured strikers Sergio Aguero and Edin Dzeko at a snow-splattered Hawthorns, but they made short work of West Brom regardless to register a ninth consecutive victory.

Fernando punished an error by goalkeeper Ben Foster to put City ahead in the eighth minute, with a Yaya Toure penalty and a David Silva goal extending the visitors’ lead before Brown Ideye scored a late consolation.

“I am very pleased with the performance,” said City manager Manuel Pellegrini.

“It was very difficult to play, especially in the second half. In the first 45 minutes, both teams could play and we did very well and scored three goals. In the second half, it was more difficult.”

Rooney broke the deadlock in the 23rd minute, tapping in after a sliding Radamel Falcao steered Juan Mata’s pass across goal, and added a second goal 13 minutes later with an assured finish from Mata’s pass.

The United captain, who played in midfield again, teed up Robin van Persie to head home the hosts’ third eight minutes into the second half, before Papiss Cisse replied with an excellent late penalty.

“We make progress in every game, but we are also doing bad things in every game and we have to improve that,” United manager Louis van Gaal told BT Sport.

“But I’m satisfied because we are dominating a lot of games. We’re not always winning, but that is coming.”

Southampton moved into the top four, three points below United, by winning 3-1 at Crystal Palace, who slipped into the relegation zone.

Sadio Mane rounded Allan McGregor to put the visitors ahead in the 17th minute and quick-fire goals by defenders Ryan Bertrand and Toby Alderweireld made the game safe before Scott Dann scored late on.

Alexis Sanchez saw an early penalty saved by Rob Green, but atoned by heading in Kieran Gibbs’s drilled cross in the 37th minute.

Giroud was sent off for lowering his head into Nedum Onuoha’s face early in the second period, but Sanchez teed up Tomas Rosicky to make it 2-0 before Charlie Austin replied with a 79th-minute penalty.

“It was was a deserved red card,” said Arsenal manager Arsene Wenger. “Olivier is a guy who, when he makes mistakes, he stands up and admits it.”

Tottenham remain level on points with Arsenal, two points below the top four, after winning 2-1 at bottom club Leicester City.

Swansea climbed as well, moving to within four points of the Champions League places by beating Villa 1-0 thanks to Gylfi Sigurdsson’s curling 13th-minute free-kick.

Liverpool ended a run of three games without victory by winning 1-0 at Burnley through Raheem Sterling’s first league goal since September.

Liverpool lost goalkeeper Brad Jones to injury, which saw the dropped Simon Mignolet summoned from the bench, and Merseyside rivals Everton also lost their goalkeeper in a 1-0 defeat at home to Stoke City.

Tim Howard was forced off in the second half at Goodison Park, after Bojan Krkic had scored the game’s only goal from the penalty spot in the 38th minute.

In the day’s other game, Gaston Ramirez scored one and made another as Hull City escaped from the bottom three by coming from behind to win 3-1 at Sunderland.

Adam Johnson put Sunderland ahead in the first minute, but Ramirez equalised with a speculative shot and then teed up James Chester before Nikica Jelavic added a third in injury time. – Agence France-Presse