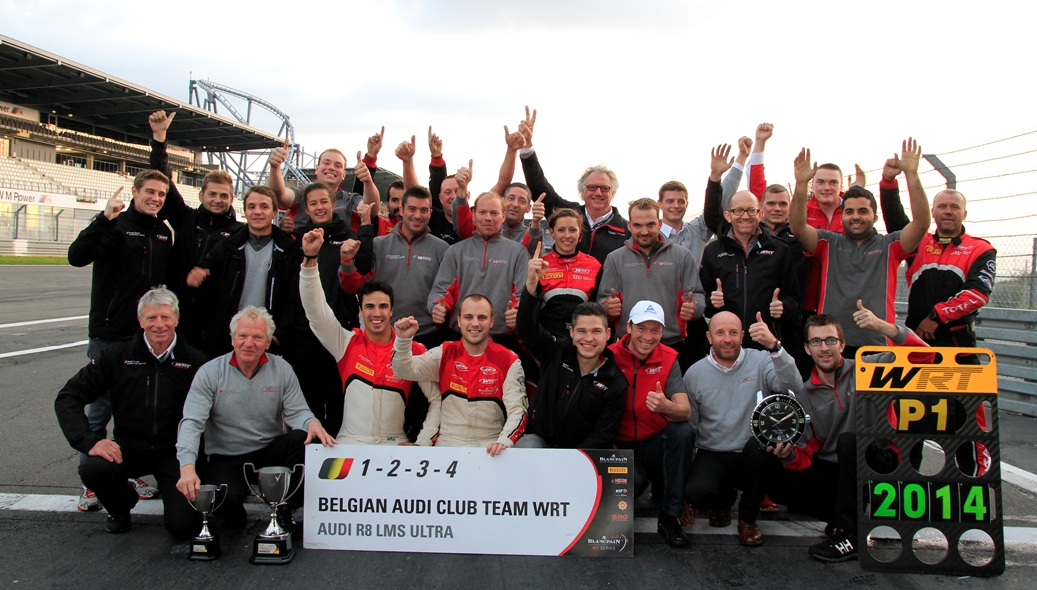 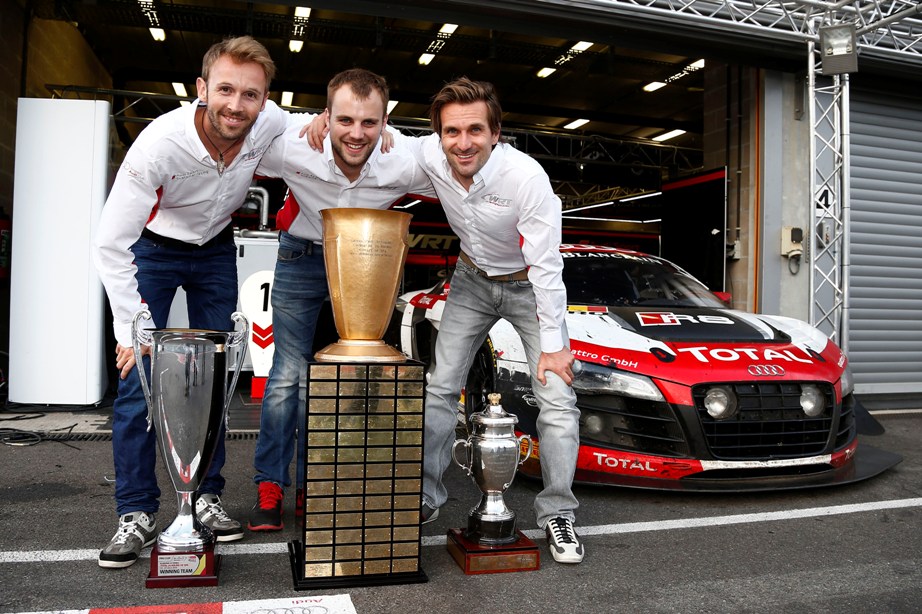 The Audi R8 LMS ultra has never before been as successful as in the past racing season. The teams of Audi Sport customer racing won a total of 15 titles in Australia, Asia and Europe. Three major endurance racing victories complete the track record of the successful model.

The Audi R8 LMS ultra shaped the 2014 GT season like hardly any other race car. More than a dozen different sports cars by renowned automobile manufacturers are pitted against each other in various worldwide GT3 racing series ? and the production-based race car from Audi again set the benchmark.

In the major endurance races, the Audi R8 LMS triumphed as well. For the second time, victory in the Nürburgring 24 Hours went to Audi. As in 2012, Phoenix Racing prevailed, this time with Christopher Haase/Christian Mamerow/René Rast/Markus Winkelhock (D/D/D/D). In the 24-hour race at Spa (B), Audi achieved an amazing third victory in four years. The Belgian Audi Club Team WRT won its home round with the Audi R8 LMS with René Rast/Laurens Vanthoor/Markus Winkelhock (D/B/D). Both races practically had the character of sprints that did not forgive the slightest mistake or weakness. In the case of Spa, the advantage merely amounted to 7.077 seconds. In the 10-hour ?Petit Le Mans? at Road Atlanta in the USA, Matt Bell/Christopher Haase/Bryce Miller (GB/D/USA) won the GT Daytona class in the R8 LMS of Paul Miller Racing.

In a dozen other classifications of international racing series, the Audi teams and their drivers prevailed as well. The Audi R8 LMS Cup in Asia that was held in its third year was won by Alex Yoong from Malaysia for the first time.

In any of these events, the race drivers were able to rely on the powerful performance and reliability of the Audi R8 LMS with more than 50 percent of its components being production-based. Worldwide, since 2009, more than 120 Audi R8 LMS cars, which quattro GmbH delivers, builds and markets, have been delivered. This year, the spectrum of race drivers taking the wheel of the R8 was larger than ever before: from the classic gentleman driver to junior drivers such as Kelvin van der Linde, who was only 17 years old at the beginning of the season, experienced professional race drivers including the Le Mans winning trio Marcel Fässler/André Lotterer/Benoît Tréluyer (CH/D/F) to extreme athlete Felix Baumgartner (A) more than 260 drivers around the world were at the wheel of an R8 LMS in the 2014 season. Felix Baumgartner, as a new driver with a different sporting background, used the unique opportunity of being trained as a race driver offered by the Audi race experience. Together with his team-mates Frank Biela/Pierre Kaffer/Marco Werner (D/D/D) he immediately achieved ninth place in the field of 165 participants in the Nürburgring 24 Hours.