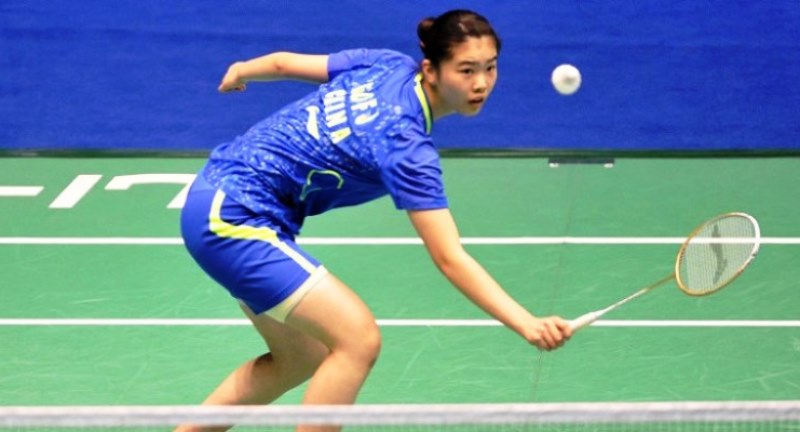 Hosts Korea were denied a clean sweep of all five titles in the USD120,000 Gwangju Victor Korea Masters which ended in Gwangju City in Gwangju on Sunday by China’s Gao Fangjie winning the women’s singles title.

The 19-year-old Fangjie destroyed Korean hope and fifth seed Lee Jang-mi in straight games 21-19, 21-5 in 46 minutes – the only title that eluded the Koreans – breaking the hearts of the packed Yeomju Gymnasium.

Fangjie is best remembered for her brilliant run as a qualifier in the Tahoe China Open Superseries Premier in Fuzhou last month and reached the final before losing to Japan’s Akane Yamaguchi.

In Gwangju the Koreans reigned supreme in the men’s singles and doubles, the women’s doubles and the mixed doubles – which were all-Korean affairs.

The mixed doubles saw an upset when top seeds and hot favourites Choi-solgyu- Chae Yoo-jung fell to number four seeds Seo Seung-jae-Kim Ha-na in three games with the latter coming back from a game down to triumph 17-21, 21-13, 21-18 in 59 minutes. – BADMINTON ASIA