Home International Through the city in a BMW M4 DTM 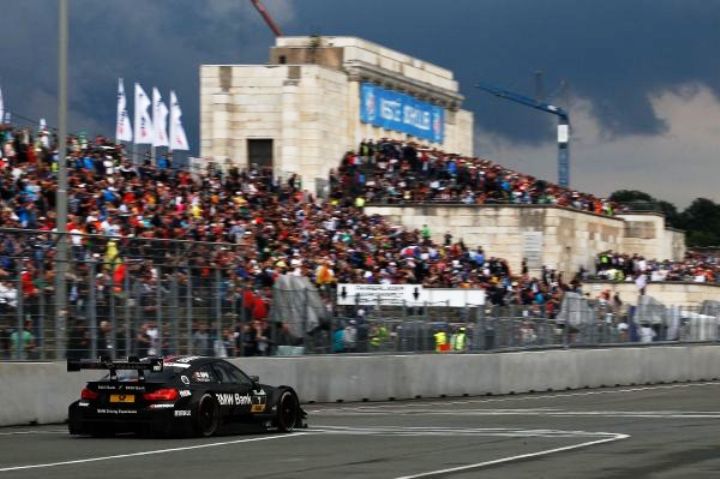 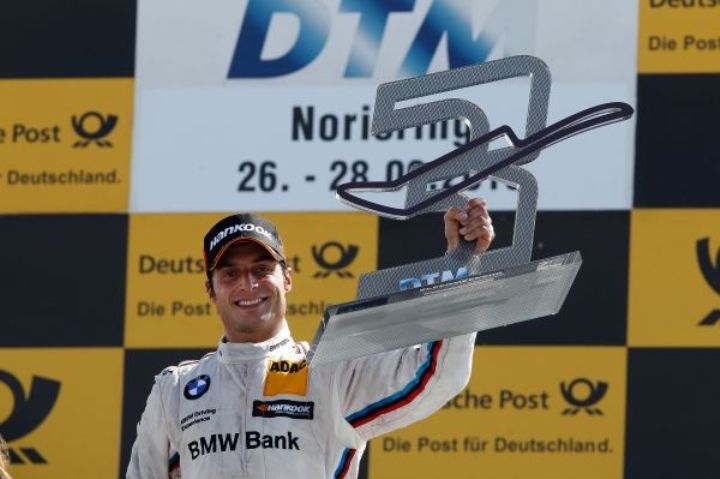 The highlights come thick and fast in the 2016 DTM season. Three weeks after the Motorsport Festival at the Lausitzring (DE), the BMW DTM teams travel to the only street race of the year at the Norisring (DE). Ever since the series was held for the first time in 1984, the 2.3-kilometre street circuit around the Dutzendteich lake in Nuremberg (DE) has been a permanent fixture on the DTM calendar.

Six races into the 2016 season, BMW arrives in Nuremberg leading the Manufacturers’ Championship with 228 points. In the team competition, BMW Team RMG sits at the top of the overall standings. Marco Wittmann (DE), who lives not far away in Fürth, is the local boy in the four BMW teams.

The 2014 DTM champion goes into the weekend in his home region of Franconia second in the Drivers’ Championship.

Last year, the BMW drivers scored heavily at the Norisring. Bruno Spengler (CA) secured pole position on Sunday, and went on to finish third to claim the first podium of the season for BMW. That was to prove an important step for BMW en route to winning the Manufacturers’ Championship come the end of the season.

“The break before the Norisring allowed our drivers and teams to at least take a quick breather, as the previous weeks had been very intense. After the successful Motorsport Festival at the Lausitzring, the next spectacle awaits us in Nuremberg. The narrow circuit, partly on public streets, the many fans in the paddock and grandstands, and the special flair around the Dutzendteich make the Norisring weekend unique. The field will naturally be bunched even closer together than usual on the short circuit, which is only 2.3 kilometres long. This means that our teams and drivers must be fully focussed on the job in hand – the Norisring punishes any carelessness immediately.”

“We scored important points in both races at the Lausitzring and lead the team competition. We now want to play a big role again at the Norisring, and allow Marco Wittmann to enjoy a successful home outing. Our entire team is fully focussed on getting the very best out of the BMW M4 DTM for both Timo Glock and Marco, although the Norisring is not the ideal track for our car. We have to continue to work hard, in order to take our chances.”

“The Norisring is a very special circuit, on which everything must come together perfectly in order to be quick. We mastered the challenge very well last year. Bruno Spengler was the fastest BMW driver in both races and was rewarded with pole and a podium on the Sunday. We will do everything in our power to be equally as successful in 2016.”

“The atmosphere at the Norisring is always very special for our entire team. Nowhere else are the fans this close to the action. How we fare from a sporting point of view will depend on details, as the field is even closer on this short track than elsewhere. Last year we finished in the points, and that is our goal again this time.”

“After a difficult weekend at the Lausitzring, we are looking forward to our home race in Bavaria. The unique setting makes the Norisring and its passionate fans one of the highlights of the DTM race calendar. The circuit is bumpy, with walls where you would usually find run-off zones. You cannot afford to make even the smallest mistake. That makes the circuit extremely demanding, even though it only consists of two hairpins and a chicane, as well as the straights.”

“I am really looking forward to my home races. The atmosphere both on and off the track is absolutely unique. I know an awful lot of people there, such as the marshals and members of Motorsport Club Nuremberg. Many friends and relatives will also be there. I am particularly pleased to go into the weekend with plenty of momentum, on the back of good results that have taken me to second in the Drivers’ Championship.”

“The atmosphere at the Norisring is fantastic. We will have to wait and see how we get on there. Whatever happens, we will be trying to get the maximum out of the only street circuit on the calendar.”

“I have super memories of the Norisring. Last year, I started Sunday’s race from pole and finished third. That was a huge relief for me, my team and everyone at BMW Motorsport. From then on, the season improved dramatically for us. Even before last year, I had already had a lot of great races at the Norisring, and have won there three times. I love the circuit and the atmosphere. It is just fantastic to race there.”

“The Norisring seems, at first glance, to be a simple racetrack. However, it is extremely difficult to find the right set-up there. The challenge here is greater than at almost any other circuit. I have had some crazy races at the Norisring. The event is magnificent, and I am really looking forward to it.”

“The circuit is one of a kind. It is very short and the fans are very close to the action. That makes for a very special atmosphere. I think we have learned a lot from last year, and go into the race weekend better prepared this time.”

“I live in Monaco and always see the Norisring as the DTM equivalent of that circuit. The fans there are absolutely crazy and the grandstands are always full. We drivers obviously really enjoy that, and it is also good for the DTM. I always enjoy returning to the Norisring.”

“This is one of the coolest events of the season. I had really good races there last year, and hope I can build on those experiences and score valuable points this year.”

“The Norisring is not an easy circuit to drive, although it only has four corners. I am excited to see the balance of power in Nuremberg. Our rivals have been very strong there in recent years, but I am confident that we will play a major role again this time.”