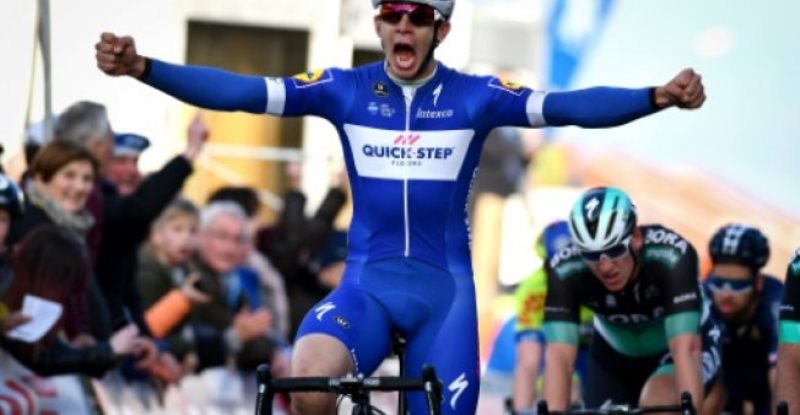 Colombian Alvaro Hodeg won a bunch finish to take the opening stage of the Tour of Catalunya on Monday and boost his burgeoning reputation as one of cycling‘s best young sprinters.

Quick-Step’s Hodeg edged out Bora-Hansgrohe riders Sam Bennett of Ireland and Australian Jay McCarthy at the end of a 152.3km stage that began and ended in Calella.

“It’s a dream come true, today was great for me,” Hodeg said. “They (the team) gave me the opportunity and well, this victory is for them.”

With the winner’s bonus seconds, Hodeg took the overall leader’s white jersey ahead of Tuesday’s second stage from Mataro to Valls.

Victory completed a good few days for the 21-year-old after his victory in the Handzame Classic in Belgium last Friday.

Defending champion Alejandro Valverde finished safely in the peloton as the Movistar man began his bid for a third Tour of Catalunya title. – Agence France-Presse