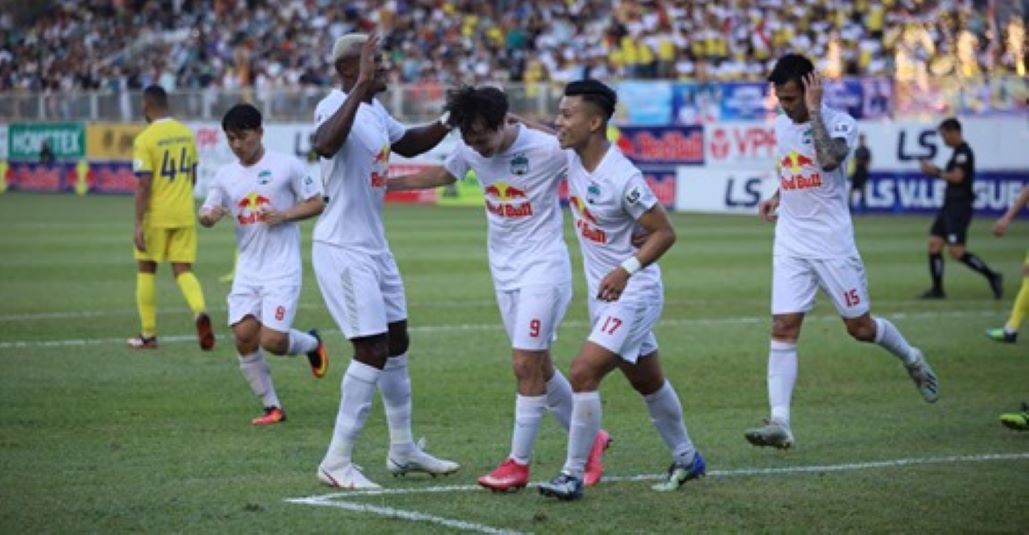 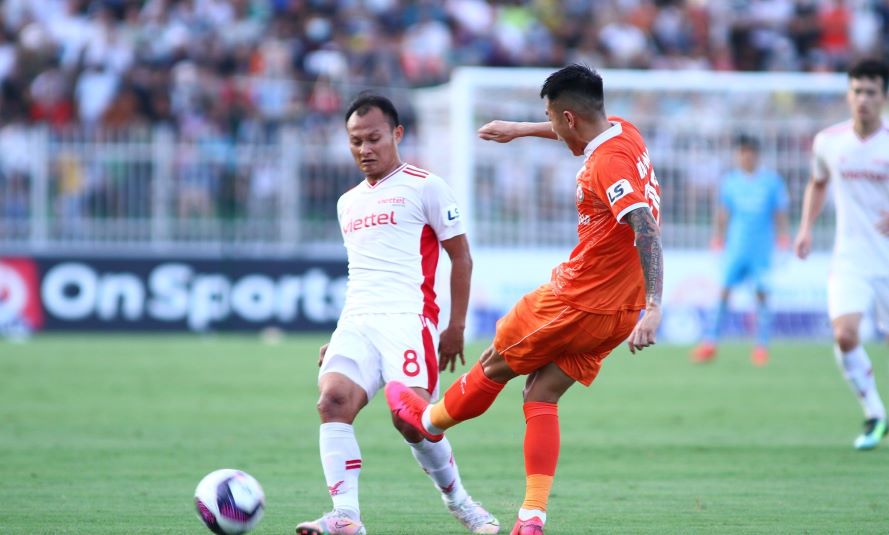 A late penalty from Nguyen Cong Phuong saved Hoang Anh Gia Lai (HAGL) the blushes at home as they maintained their hold at the top of the 2021 LS V League 1 following their close 4-3 win over Nam Dinh on the weekend.

In the keenly contested tie that saw three penalties being given out, it was Cong Phuong who carved out the lead for HAGL early in the seventh minute as Tran Minh Vuong then doubled the advantage just a minute later.

It was 3-0 in the 28th minute as Nguyen Van Toan converted from the spot before Xuan Tan Hoang pulled a goal back with four minutes left of the first half for the score to stand at 3-1.

The pace continue well into the second half as Rodrigo da Silva Dias then narrowed the gap for Nam Dinh at 3-2 with a 64th minute penalty.

The game then went several gears up where even a red card could not prevent Nam Dinh from firing in the equalizer through Thanh Truong Doan deep in injury time.

But there was more drama at the end as HAGL were awarded a second penalty which Cong Phuong duly obliged.

With the three points at home, HAGL have picked up 22 points from nine matches played.

They are three points ahead of defending champions Viettel FC, who moved up to second this week after picking up the full points away to Binh Dinh – with Nguyen Hoang Duc scoring the only goal of the game in the 72nd minute.

Thanh Quang Ninh FC slipped down to third when they found themselves at the wrong end of a 4-0 rampaging Hanoi FC side. 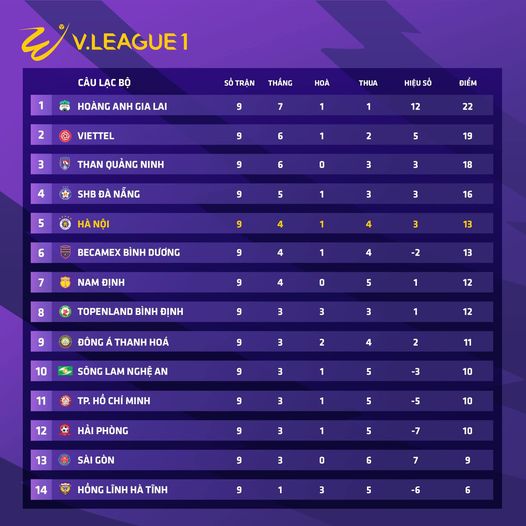