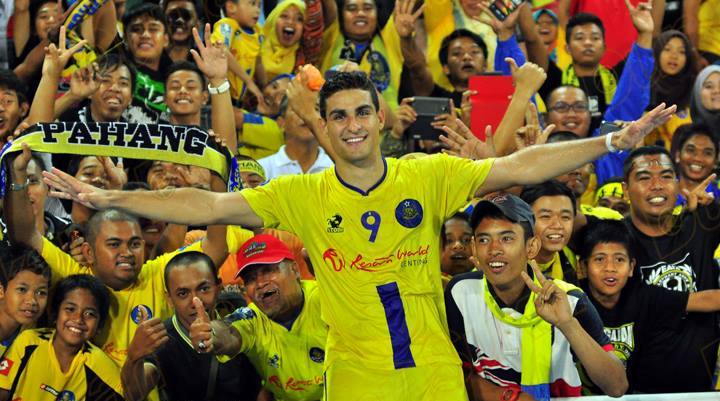 Defending champions Pahang have their backs against the wall following their 1-1 draw against Premier League champions Police in the first-leg quarter Malaysia Cup match in Kuantan last week.

Come this Saturday the Elephants face a daunting task and coach Zainal Abidin Hassan is concerned because his team could be ousted by the energetic Police side that went from strength to strength in winning the Premier League title and earned themselves a promotion to the elite Super League.

“If we don’t score we are in for a tough time. We have to get the ball into the net with every scoring opportunity that we create and from every opportunity that comes our way. Police will punish us for every mistake and for every missed chance,” said Zainal, a former international who took over the hot-seat after Dollah Salleh left the team to join Police.

Zainal won the FA Cup for Pahang this season but it has been a season of ups and downs for the East Coast side. Inconsistency has been Pahang’s main drawback this year.

And one man who will be sorely missed again in the do or die mission against Police is Pahang’s ace in the pack – Argentine hit-man Matias Conti who will sit out the match in Temerloh to complete his two-match suspension. Conti missed the first-leg and Zainal was quick to admit that Conti’s absence had a telling effect on Pahang.

“Without doubt Conti could have made the difference in the quarter-finals. However, there are others who can take over the role but our poor finishing is a cause for alarm. I have no complaints on the overall performance of the team…it is just the poor finishing that is a cause for concern as we are playing in the knockout stage.”

Zainal is not even worried about the red card picked up by goalkeeper Nasril Nourdin in the first-leg encounter against Police. The Perak-born Nasril was given a direct red card for bringing down Ashfaq Ali in full flight outside the box when the match was still scoreless.

Nasril’s place was taken over by Khairul Azahan who surrendered his place to Nasril after the he broke his hand in the Malaysia Cup group match against Johor Darul Takzim II which Pahang won 3-0.

“I have a simple message for my players…just go out play your normal game. I am confident the team will bounce back to stay alive in the Malaysia Cup. If we convert our chances we will get the better of Police,” added Zainal.

In the first leg Fauzi Majid scored for Police while Dickson Nwakaeme equalised for Pahang.