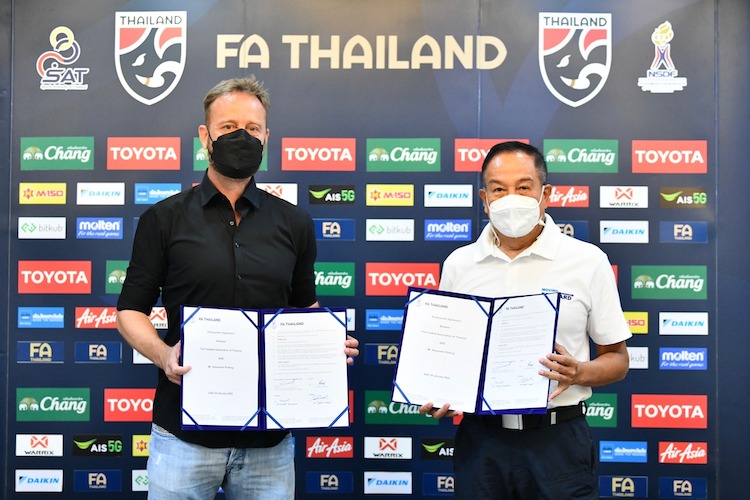 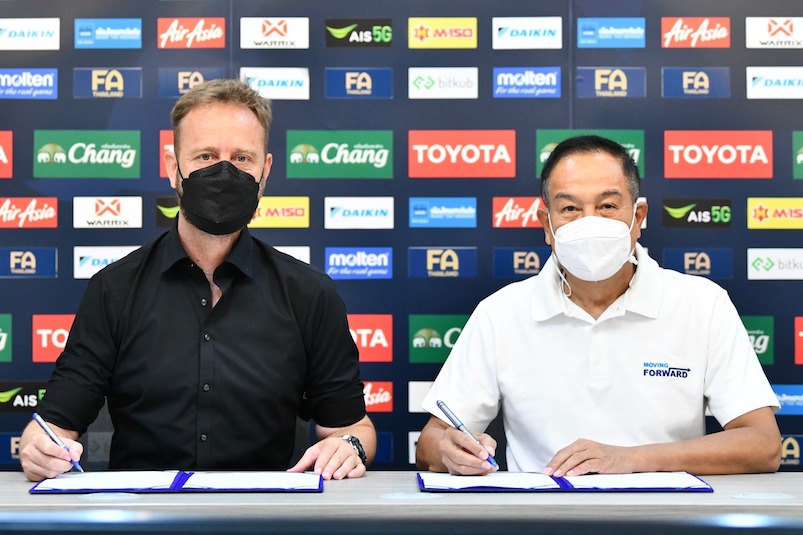 The FA of Thailand (FAT) have extended the contract for Thailand head coach Mano Polking until 2023.

The new contract was signed yesterday between FAT President Somyot Poompunmuang and Polking at the FAT’s headquarters in Bangkok.

“I am very happy with the new contract. Winning the AFF Suzuki Cup was just the beginning. This is my dream job after living in Thailand for a long time. I am happy to continue working here,” said Polking, who delivered Thailand’s sixth ASEAN crown in early January 2022 after beating Indonesia in the finals.

“For this year, we have a major tournament in the AFC qualifiers with three important games in June. We have to qualify for the final round (of the AFC Asian Cup), that is the first goal.

“The second goal is at the AFF Suzuki Cup at the end of the year. We will also have FIFA Match Day to raise the level of the team and create continuity.

“Being the head coach of the Thai national team, it makes me proud to have received so much support. I want to thank everyone including President Somyot, the Thai team manager  Madam Pang, the coaching staff, the players, as well as all the football fans.”