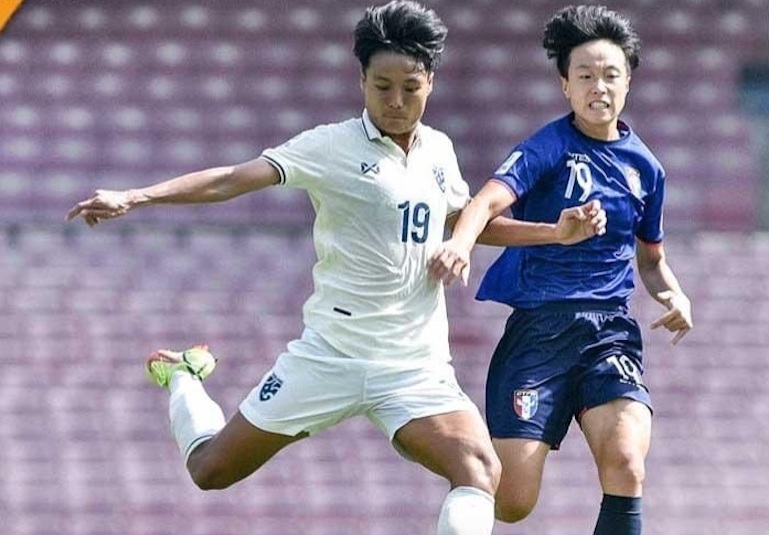 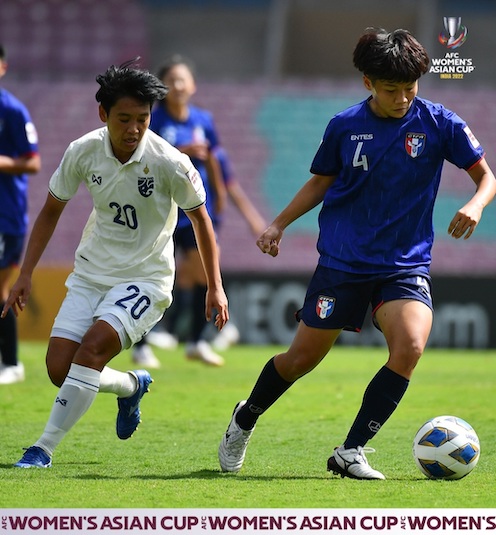 Thailand women’s national team will have to play in the Inter-Confederation playoffs to know their fate if they stand a chance to take part in next year’s FIFA Women’s World Cup in Australia/New Zealand.

This follows Thailand’s 3-0 loss to Chinese Taipei this afternoon in the FIFA Women’s World Cup playoff at the D.Y. Patil Stadium in Mumbai, India.

After having conceded a 2-0 loss to Vietnam in the first playoff tie two days earlier, Thailand needed to beat Chinese Taipei today to keep their hopes alive.

But with several players down to the COVID-19 outbreak in their squad, the Thais could not turn their possession into an advantage when Su Yu-Hsuan made good on the through pass from Wu Kai-Ching for the lead just before the break.

Chinese Taipei then added their second goal in the 84th minute off Yu-Shuan again as they then rounded off the afternoon with the third goal off a superb Chen Ying-Hui’s free-kick.

The third tie of the playoffs will be played in two days between Chinese Taipei and Vietnam with the winner gaining an automatic spot to next year’s FIFA Women’s World Cup.

The losing team in the tie will join Thailand in the Inter-Confederation playoffs.