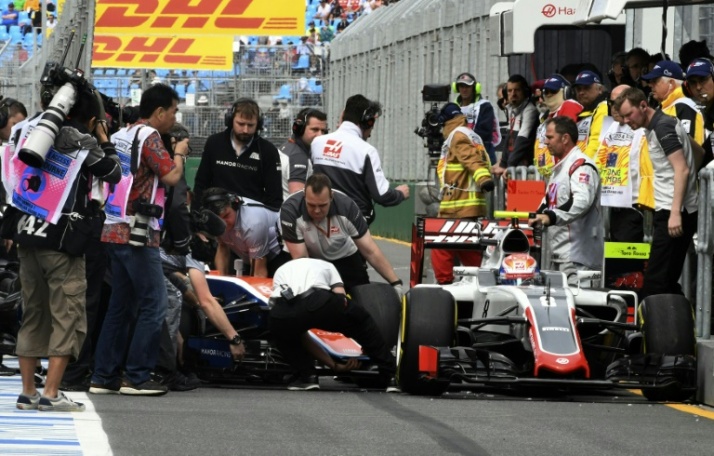 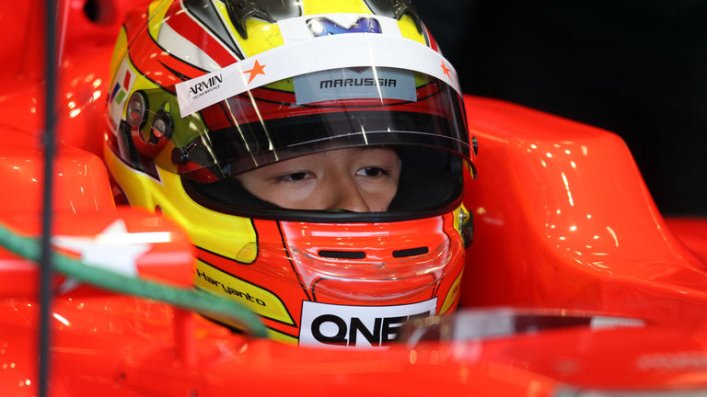 Indonesian rookie Rio Haryanto had a troubled start to his Formula One career, crashing in the pit lane and receiving a three-place grid penalty from Australian Grand Prix stewards on Saturday.

Haryanto, his country’s first-ever F1 driver, suffered the indignity of crashing before he even got on to the track for final practice in Melbourne, an accident which means he will start Sunday’s race in last place.

Haryanto headed out of the Manor Racing team garage but collided with the Haas driver Romain Grosjean.

Engineers had to disentangle the chassis of the two cars before they were forced back into the garage for repairs.

The Indonesian appeared at fault as he ventured out of his garage into the pit lane and nudged Grosjean’s passing car, damaging his front wing.

The stewards blamed Haryanto for the mishap and gave him a three-place grid penalty, saying he “did not pay attention to the approaching car (of Grosjean) that was in the fast lane”.

The Indonesian, who was second-slowest in qualifying but is now demoted to last on the grid, also picked up two penalty points.

“Sorry guys,” Haryanto was heard to say to his hard-pressed support team as his car was pushed back.

Haas said their engineers had to replace the floor on Grosjean’s car following the incident and it cost him half of final practice.

Haryanto’s day got no better when he was the second driver knocked out in qualifying.

“After the previous Q1 system of having 20 minutes to extract the best from the car and driver, it felt pretty strange to have such a short qualifying,” Haryanto said.

“Today we only had time for one lap (in qualifying). It wasn’t a bad lap either, but it also wasn’t perfect. I could have been quicker and that’s what we’ll have to work on but even with a tenth or so to play with we would still have been out of time.

“Still, I completed my first qualifying, learned a lot and my job is to keep improving in every area. Tomorrow is my first F1 race and I’m very excited for that. I’m sure we can have a better day.”

The 23-year-old F1 driver only secured a seat in Manor Racing after he managed to pay 15 million euros (about $16.62 million) to join the British F1 racing team, according to local media. – Agence France-Presse