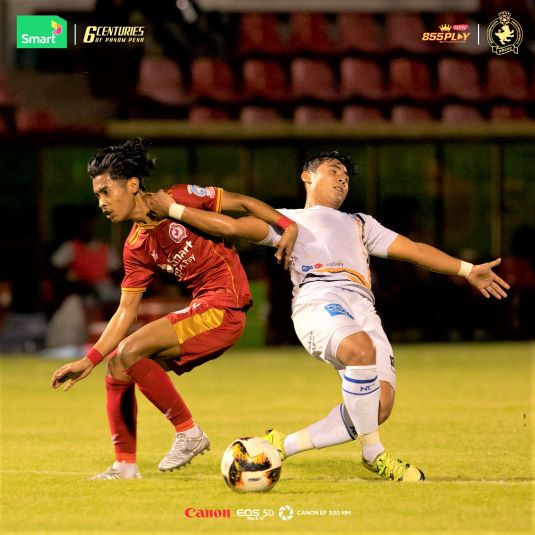 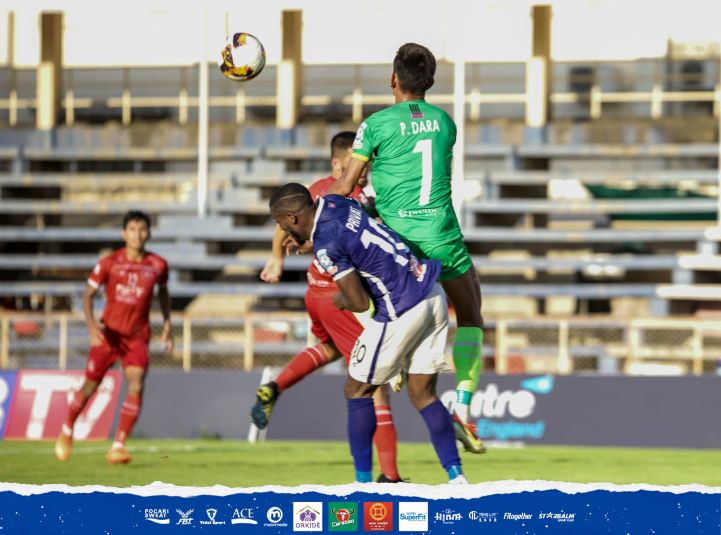 Phnom Penh Crown FC kept up the pace with leaders Preah Khan Reach Svay Rieng at the top of the Championship Round of the 2021 Metfone Cambodian League (MCL) with both teams picking up the full points on the weekend.

At the Smart RSN Stadium, Orn Chanpolin had given Crown the lead after 20 minutes with a well taken shot from the edge of the Angkor box.

But Crown were then made to sweat well into the second half before two late goals from Matheus Souza’s fabulous run down the right in the 90th minute and then Lim Pisoth’s header deep in injury time assured them the win.

On the other hand at the Army Stadium, Svay Rieng exploded off the block with an early close range finish from Sokyuth Kim in the third minute as Emmanuel Mbarga then doubled the advantage in the 22nd minute from inside the box.

Tiffy Army then gave themselves a fighting chance with their first goal of the game at the half hour mark off Phuong Soksana for the score to stand at 2-1 at the break.

But while Tiffy Army were looking for the equaliser in the second half, it was Svay Rieng who made sure of the full points with their third goal of the game through Miguel Angel Junco Martinez’s 70th minute strike from the far post.

With the win, Svay Rieng stayed top of the standings with the same 34 points with second-placed Phnom Penh Crown.