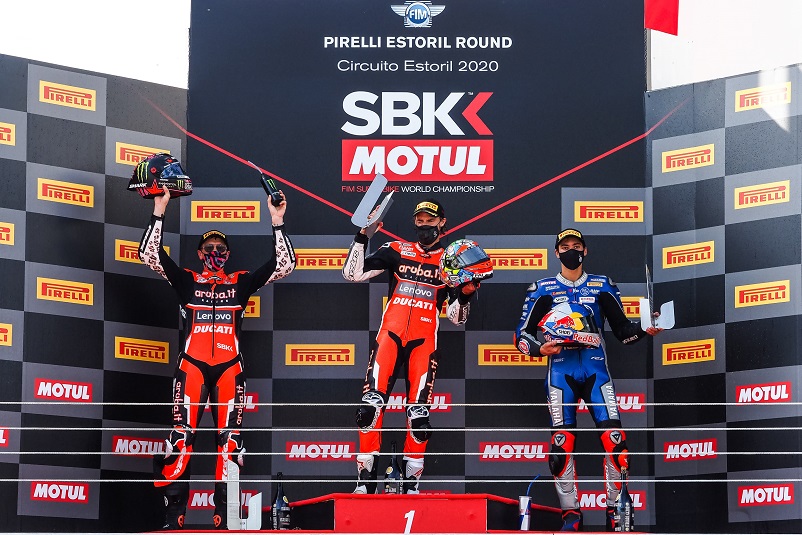 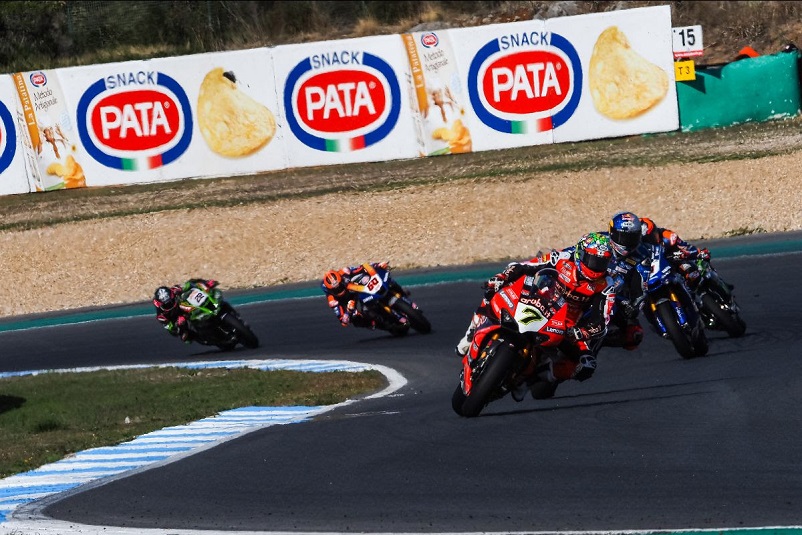 Davies had started the race from fourth place and was instantly in the fight for victory, moving into second place before passing Toprak Razgatlioglu (PATA YAMAHA WorldSBK Official Team) on Lap 2 before pulling away from the Turkish star, who had won two of the three races at Estoril prior to Race 2.

The battle for second came to a premature end when Jonathan Rea (Kawasaki Racing Team WorldSBK) made contact with Razgatlioglu’s Yamaha machine at Turn 3 as he tried to pass the Turkish rider for second place. Rea was able to re-join the race and finished down in 14th place while Razgatlioglu was able to finish in third, after Scott Redding (ARUBA.IT Racing – Ducati) managed to overhaul Razgatlioglu for second place; Redding ending the season with a Ducati 1-2 as ARUBA.IT Racing – Ducati claimed the Teams’ Championship ahead of KRT. The 1-2 finish for Davies and Redding meant Ducati secured its 950th podium placement in WorldSBK.

Tom Sykes (BMW Motorrad WorldSBK Team) completed the top ten as he finished around 2.5 seconds away from Caricasulo, and finished 1.5 seconds clear of Jonas Folger (Bonovo Action by MGM Racing); Folger finishing in the points despite following Loris Baz (Ten Kate Racing Yamaha) off the track when Baz suffered a technical issue.

Sheridan Morais (ORELAC Racing VerdNatura) was 18th in his third race on his first appearance of the season, ahead of Loris Cresson (OUTDO Kawasaki TPR) in 19th on his debut WorldSBK weekend. Garrett Gerloff (GRT Yamaha WorldSBK Junior Team) crashed out of the race on Lap 3 at Turn 4 when he was running in the podium places; the American having a lowside crash at Turn 4 on the third lap as he looked for this third consecutive podium. Alex Lowes (Kawasaki Racing Team WorldSBK) also did not retire from the race after he crashed with just a few laps to go.

P1 Chaz Davies (ARUBA.IT Racing – Ducati)
“It was such a weird couple of hours. I was at on the grid and all my mechanics were in tears, they’ve all written personal messages on the tank. I was like ‘I’ve got to go concentrate right now; I’ve got to pull something out of the bag’ when I’m welling up. Here we are, 21 laps later and top of the podium. Just got to put things to the back of your mind sometimes and just send it. That I did and it paid off. My crew did a great job. Even yesterday I said not to touch my bike, I’ve got a bit in reserve and didn’t ride at my best. I felt like, even with the bike I had yesterday, it was good enough for a little bit better. They improved it again today and it was that one step better. It was such a pleasure to be out there today alone, by myself, for the time being in my last race. What a fairytale ending.”

P2 Scott Redding (ARUBA.IT Racing – Ducati)
“I think that’s the best way for Chaz, leaving the team with a win. I’m probably happier for him to win that race than me. It was a really nice way for him that race. I really respect that a lot. I pushed a lot at the beginning, but a lot of riders change their front tyres on the grid, I hadn’t used it all weekend so stuck with what I had. I was just struggling a little bit to turn and get grip, the setting was not that great but I stuck with it. I had quite a lot of pain in my leg so I couldn’t really push in the corners. It’s nice to finish on the podium after a strong start, a big crash and then back at the grid, an engine failure. It just goes to show again we don’t give up the fight. I’m happy for Chaz, happy for the team to finish 2020 with a 1-2 at the end of the year.”

P3 Toprak Razgatlioglu (PATA YAMAHA WorldSBK Official Team)
“In the last race we tried but we didn’t have much grip on the rear, but I am happy with the podium in the last race. I am really happy because my team worked really well. Two wins and one third place, I am happy this weekend and also for the season finish.”