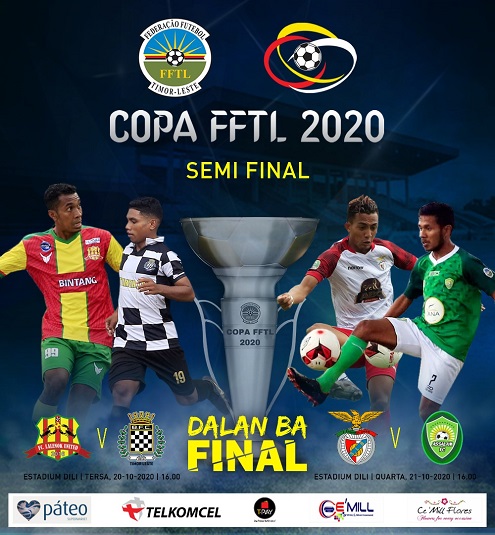 Lalenok FC stormed into the semi-finals of the FFTL Cup 2020 following their 6-0 thumping win over AS. Marca FC in the quarterfinals that were played on the weekend.

The other teams in the semi-finals of the FFTL Cup this year are AD. SLB Laulara, Boavista FC. de Timor and Assalam FC.

The final of the FFTL Cup 2020 will be played on 25 October while the battle for the third spot will be held a day earlier.