Home Football Del Bosque – man who won it all but fell at the... 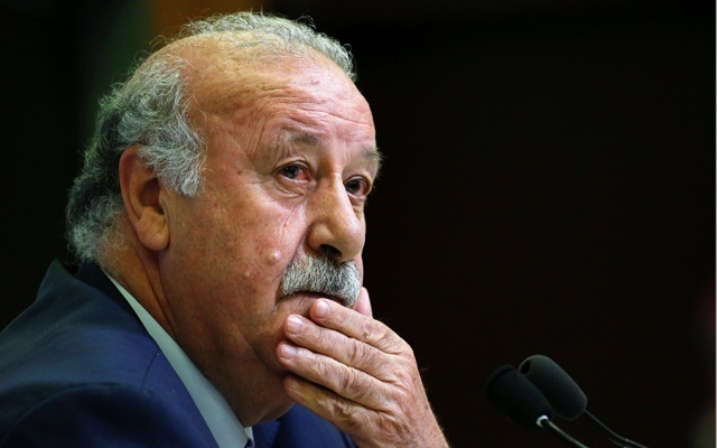 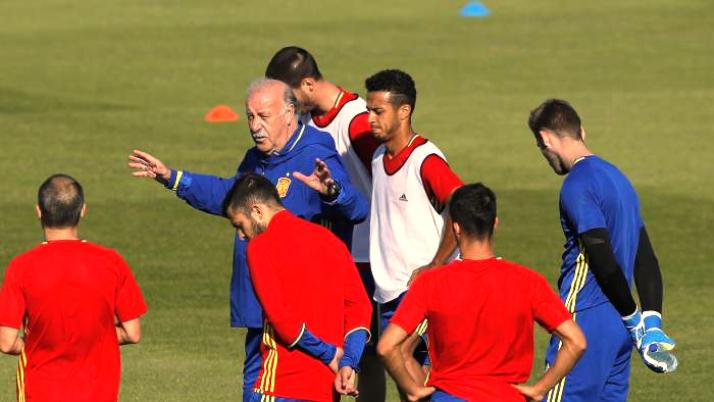 As a pot-bellied, softly spoken 65-year-old, Vicente del Bosque, who has quit as Spain coach, never looked like a man on a mission.

That description could easily however be applied to his nemesis, the manic Italy coach Antonio Conte, who paced and ranted on the sidelines as Italy took revenge for a final defeat four years ago.

After a disastrous World Cup defence in 2014, Spain’s bid to win a third straight European Championships disintegrated in a limp 2-0 defeat to Conte’s Italy in the last-16 in France, making del Bosque’s position all but untenable.

It was to be a sad end for a del Bosque, a coach who could lay claim to being the most decorated active manager in world football having won virtually every major honour at club and international level.

Champions Leagues and La Liga titles with Real Madrid were followed by winning Spain’s first World Cup in South Africa in 2010 and becoming the first side to retain the Euros four years ago.

Yet that track record did not protect him from the stinging criticism that followed Spain’s collapse in Brazil, and was compounded by their failure in France.

Concerns he was too loyal to the old guard that won three back-to-back major tournaments between 2008 and 2012 meant he had to resist calls to resign ever since the World Cup flop.

“It was a difficult moment for all of us, we had received a lot of criticism from people in Spain, in some cases disproportionate criticism considering this is sport,” del Bosque said ahead of Euro 2016.

“More than refuting them, they should serve as an incentive for the next time. We never know what is going to happen, but we will try to ensure there isn’t a repeat of what happened in Brazil.”

For a man so used to winning with humility, dealing with defeat and the questioning it entails was an uncomfortable new and difficult experience for a respected veteran like del Bosque.

Yet, his defiance to stay on after the Brazil fiasco for what he had long admitted was likely to be his last stand in a major tournament was also rooted in a desire to bury the ghost of 2014.

“The federation are already working on it. There will be no gap, no problem, there are plenty of people prepared to be here,” he added on his future.

The sobering blow of Brazil should have meant complacency would not be the cause of Spain failing to live up to expectations once more.

But the defending champions, who thrashed Italy 4-0 in the final four years ago, were beaten 2-1 by Croatia as they came second in the group phase before Italy and Conte outsmarted them.

Del Bosque was brave enough to finally discard captain Iker Casillas in favour of the more in-form David de Gea in goal, but his team seemed to lack bite and commitment in France.

There were dilemmas as to who would replace the retired Xavi Hernandez and Xavi Alonso in midfield and David Silva, Sergio Busquets and Cesc Fabregas all failed to deliver in France.

Del Bosque also had to settle on a regular striker since the ageing David Villa and Fernando Torres fell out of contention, with Alvaro Morata scoring three first round goals before struggling badly against a well-organised Italian defence made up of three of his Juventus clubmates.

“Our objective is not to think that we have won two consecutive European Championships because people aren’t going to value that, but what we do in these Euros,” del Bosque’s last words ahead of the Euro.

And those words came back to haunt him, as the career high he craved and many felt his status deserved eluded him in France, just as it had done in Brazil. – Agence France Presses