Home Football Deschamps confident Griezmann will bounce back; Diarra out 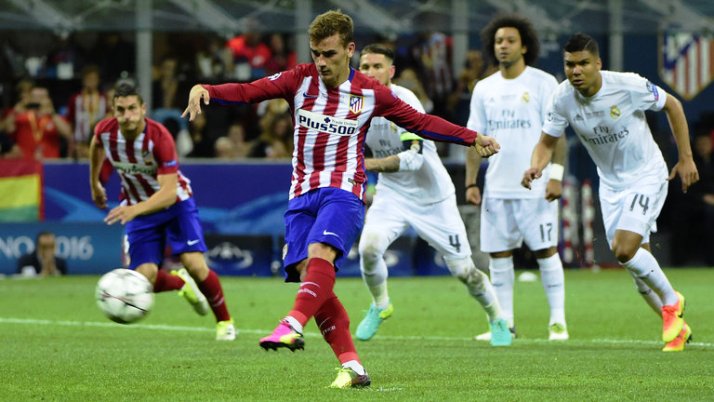 France coach Didier Deschamps on Tuesday played down any worries of the effect Antoine Griezmann’s missed penalty in Atletico Madrid’s Champions League final defeat will have on his key player for Euro 2016.

The forward struck the crossbar from the spot early in the second half with Atletico trailing to city rivals Real Madrid on Saturday, before they went on to lose on penalties after a 1-1 draw.

Griezmann was the last member of the 23-man France squad to meet up with his teammates at their training camp in Austria, after Deschamps gave him some time off to recover from the final.

“Honestly, I won’t be speaking to him about the feeling that he must have had by missing a penalty and losing in the Champions League final before such a big event (Euro 2016),” Deschamps said.

“I gave him three days to get over it and I’m sure he will arrive with a smile, good humour and desire.”

Hosts France open the European Championship finals against Romania on June 10, before also facing Albania and Switzerland in Group A.

France’s 23-man Euro 2016 squad on Tuesday after the announcement that Marseille midfielder Lassana Diarra has been ruled out with a knee injury and replaced by Manchester United’s Morgan Schneiderlin.