Home Football Deschamps’ focus on Euro 2016, not attacks ahead of Stade de France... 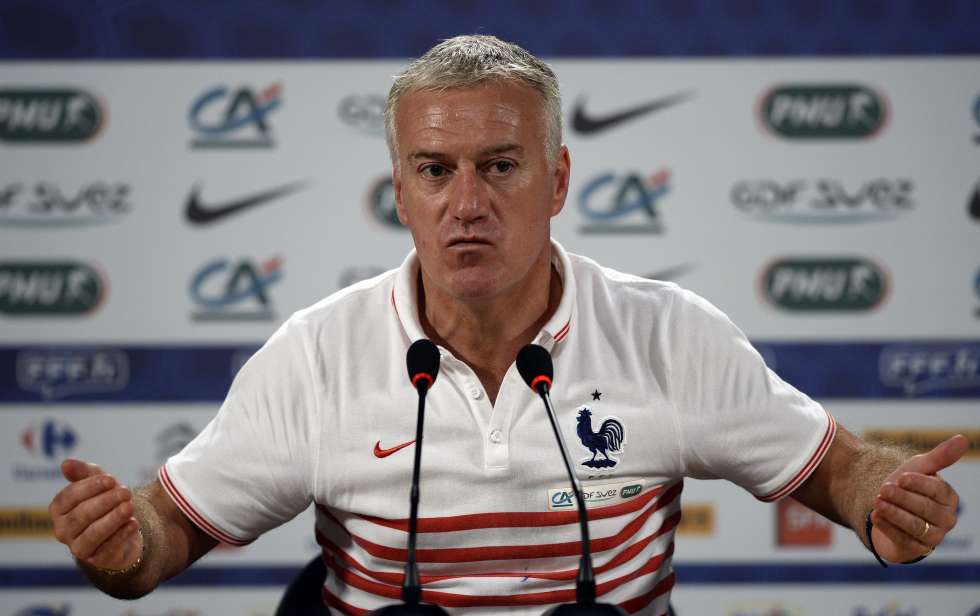 Didier Deschamps admitted that last November’s attacks were on everyone’s minds on the eve of his side’s return to the Stade de France, but they were determined to get on with the job of preparing for Euro 2016.

“You don’t forget, but you have to move forward,” said Deschamps as the Euro 2016 hosts play an international friendly against Russia in Paris on Tuesday.

The game against Russia is the first football international since the France versus Germany game on November 13 last year. That night 130 people were killed in a series of attacks across the French capital with suicide bombers detonating explosives outside the Stade de France, killing one person and injuring dozens.

France captain Hugo Lloris said: “To be honest the players don’t talk about it amongst themselves. But after a trauma like this there must be a day after.

“It’s important to return to the Stade de France to find our point of reference and confidence.”

Security at the Stade de France will also be on high alert following last week’s Brussels attacks which left 35 dead.

“We had to have confident in the security officials,” said Tottenham goalkeeper Lloris. “We have to continue to live and to live our passion together, it’s important.”

And he does not want the stadium to now be associated with last November’s attacks.

“It’s our stadium but I’m not going to forget, like no one will forget (the attacks).

“Before it was memories of happiness, now we have to hope that what happened will never happen again.”

The game against Russia will also be Deschamps’ last chance to view the team before unveiling his 23-man Euro squad.

“It’s the last but I’ll do the same analysis as after every game,” he explained.

“I analyse at the end of every match or gathering but I’ll look more at what we did overall in the past two years ago, just after the World Cup,” he said.

“When you have a match, like tomorrow (Tuesday), you’re in the competition. But the real competition will be the Euro, because there the punishment will be elimination.

“We’ve only had friendlies for the past two years, but I’ve repeated it to all the players, it’s up to them to seize their chances and to give their all for themselves and the team. They have nothing to lose and everything to win.

“These are friendly matches. The truth of the competition will be in the month of June.”

France are drawn in Group A with their opening match against Romania on June 10 at the Stade de France, followed by Albania on June 15 in Marseille and Switzerland on June 19 in Lille. – Agence France-Presse