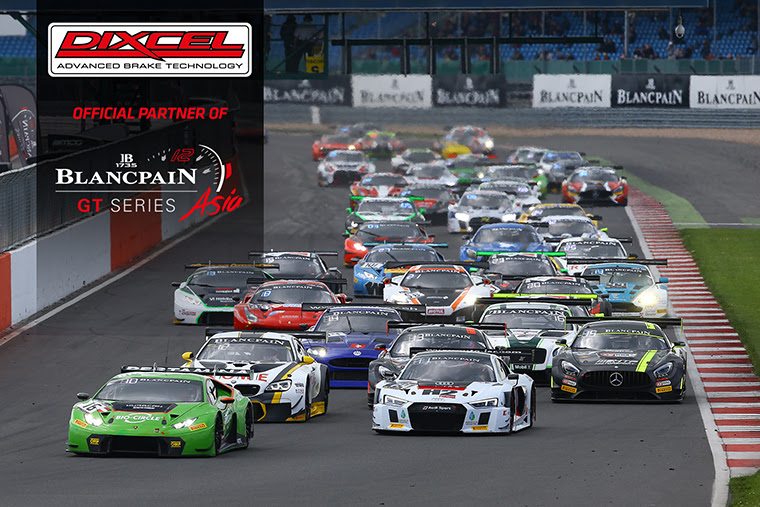 The Japanese manufacturer takes its name from the fusion of ‘Deceleration’ and ‘Excellence’, the perfect description for a company that translates all it learns from competing in high-level motorsport to its performance road car products.

Its advanced braking technology is commonplace in Japanese and Asian motorsport, with its products used in Super GT and the Asian Le Mans Series amongst others. But DIXCEL’s quality is also internationally recognised; teams and manufacturers competing in the FIA WTCC, Australian GT Championship and at the Nurburgring 24 Hours trust it to keep their drivers and cars safe.

Championship manager Benjamin Franassovici: “We were very keen to have a highly respected Asian brand become Blancpain GT Series Asia’s official brake partner for 2017, and in that regard we really couldn’t have asked for anyone better than DIXCEL. Their motorsport record speaks for itself, while their GT expertise has been honed at some of the world’s toughest events.”

DIXCEL branding will be carried by all GT3 and GT4 cars competing in this season’s inaugural Blancpain GT Series Asia campaign, which begins with two races at Sepang in Malaysia on April 8/9. They’re followed by Thailand’s Chang International Circuit, Suzuka and Fuji in Japan, and Shanghai and Zhejiang in China staging a further 10 races between them over the remainder of the year.