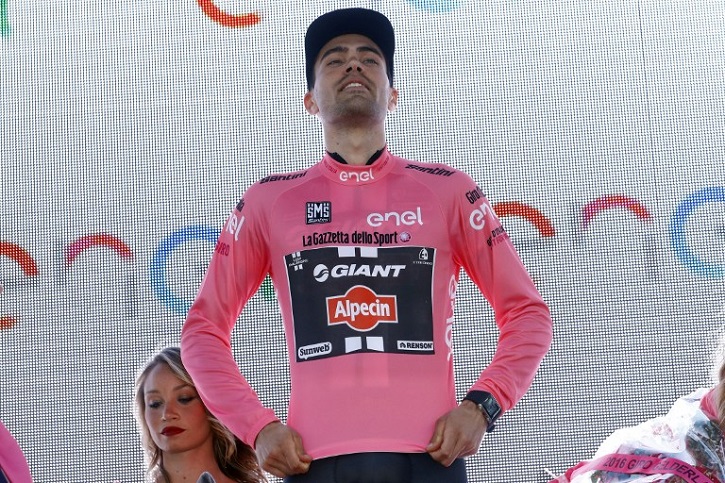 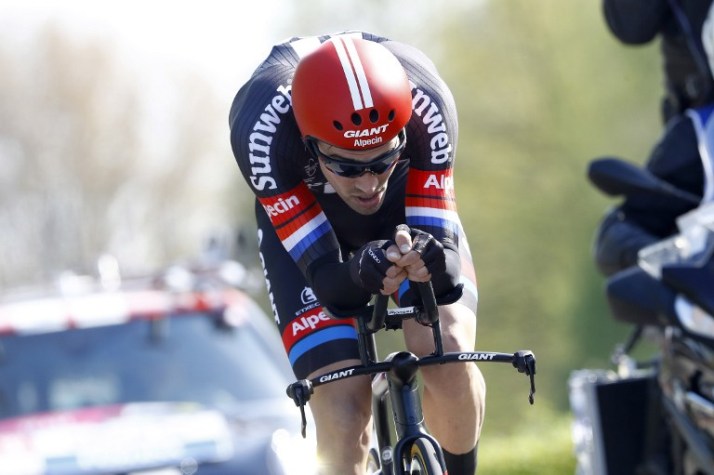 Dutchman Tom Dumoulin secured a dream start to the 99th Giro d’Italia for his Giant-Alpecin team Friday after winning the opening stage time-trial to pull on the race leader’s pink jersey.

Months after a training ride crash decimated his team and sent several of them to hospital, Dumoulin flew over the mainly flat but technical 9.8 km course in the Dutch town of Apeldoorn to win in 11min 3secs and hand his team their first victory of the season.

Earlier race leader Primoz Roglic was pushed into second place by just fractions of a second, with Andrey Amador completing the podium in third at 6secs off the pace.

With the first three stages of the three-week Italian race held in the Netherlands, the pressure was on Dumoulin to perform as he is a strong time-trialist and an outsider for overall victory.

More pressure was added by the thousands of enthusiastic flag-waving fans who lined the streets of the course, adding a massive party atmosphere to the proceedings as the 200-strong field of riders took to the course.

But Dumoulin kept his composure to snatch victory from Slovenian rival Roglic, of the Lotto team, and knew he had won the race opener after King Willem-Alexander of the Netherlands came over to congratulate him as he was warming down on his rollers.

“It is a relief. I’m feeling sick in my stomach now but at the same time so happy,” Dumoulin told the Giro d’Italia organisers.

“I did it. Luck was on my side today, the luck I didn’t have in (the Tour of) Romandie. To have it paid back here in the Netherlands is very special.”

Dumoulin’s victory is also a boon for organisers as they look to foster enthusiasm for the race over three days in the lowlands of northern Europe.

He will start the second stage on Saturday — a mainly flat 190km race from Arnhem to Nijmegen — as the race leader and will be keen to keep the lead as long as possible.

“I didn’t do my best TT but I also didn’t do my worst,” added Dumoulin. “I didn’t really do a mistake, I would have liked to have been a bit faster but in the end, the result is all that counts and I did it.”

Among the big losers on the day were BMC’s Swiss specialist Stefan Kung, who appeared to be in contention for the stage win only to crash into the barriers and require a change of bike late in the race.

Former world time-trial champion Fabian Cancellara of Switzerland had been hoping to win the stage to achieve his dream of finally wearing the pink jersey in what is his retirement year.

But the Trek-Segafredo rider could only finish in eighth place, at 16 secs adrift.

Italian Vincenzo Nibali, the 2013 champion who races for Astana, is the overall race favourite ahead of Spaniards Mikel Landa (Sky) and Alejandro Valverde (Movistar).

Although Nibali was 19secs slower than Dumoulin, he underlined his race form with Valverde finishing 24secs behind Dumoulin and Landa, a reputedly weaker time-trialist, finishing 40secs off the winning pace.

Results from the first stage of the Giro d’Italia, a 9.8 km time-trial at Apeldoorn in the Netherlands on Friday: