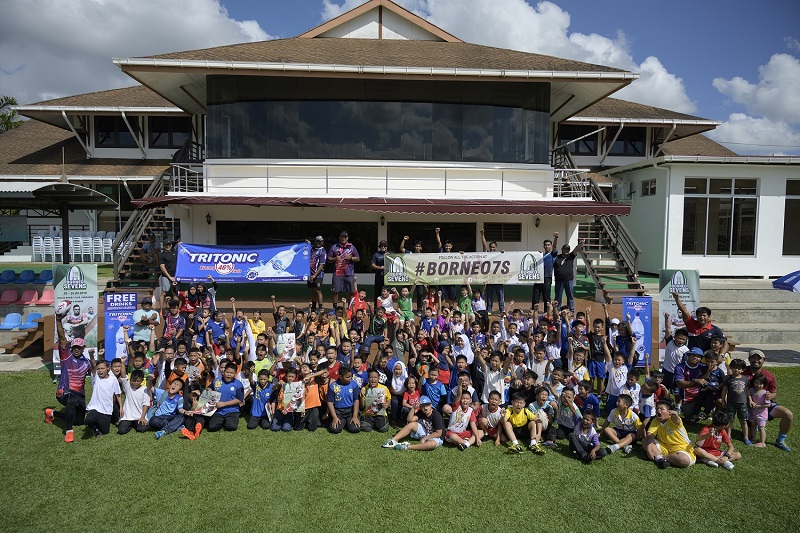 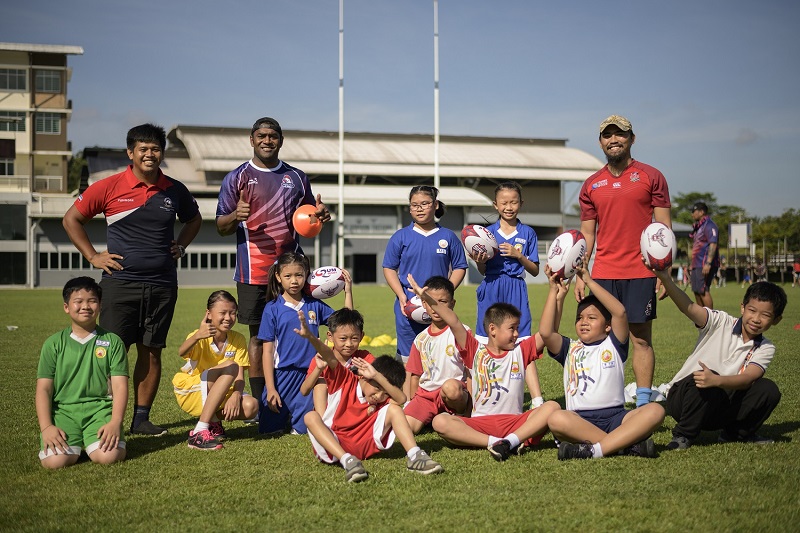 Eagle Rugby Club (ERC) in their continuous effort to promote the sports of rugby held a coaching clinic on Saturday at club venue in Sandakan as a prelude to their Borneo Seven International Clubs Rugby tournament to be held at the same venue on the 23rd and 24th March.

The two-hour session was conducted from 8am-10am.

The children and teachers who attended the clinic were urged to come and witness the international Borneo Seven International Clubs Rugby this weekend to experience some top class rugby. 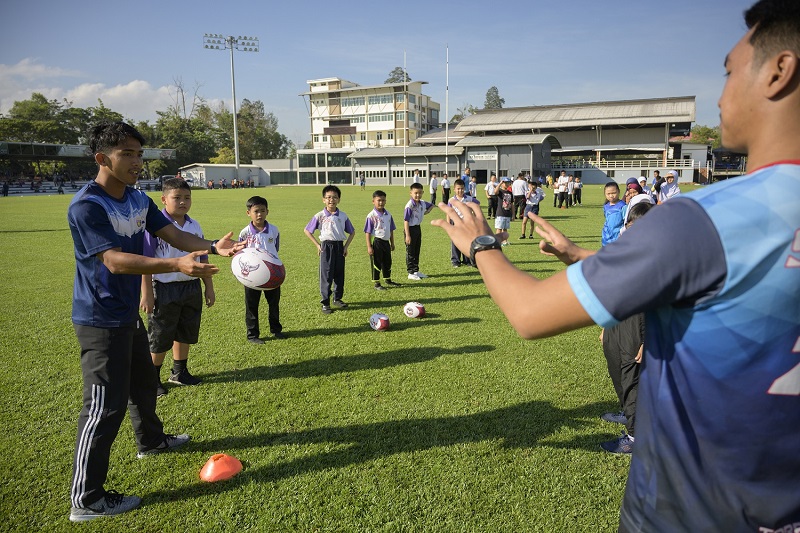 Meanwhile the draw for the tournament was released where defending champions Iconz Australia were drawn together with debutants Zastava from Russia in Group A in the men’s category. Wipers Tsunami from Labuan is the other team in the Group,

Hosts Borneo Eagles are drawn in Group C together with Belgium Barbarians and Chinese Taipei 7s.

The Malaysian national 7s are drawn in Group B together with Hong Kong Dragons and Coloundra Australia.

Sabah Eagles are in Group D are Sabah Eagles together with Bangkok 62 and Wipers Hugo from Labuan.

In the women’s eight teams’ tournament, Sabah Eagles and Malaysia 7s are drawn together in Group B together with Nagato Blues, Southern Districts.

The first day on Saturday will see their round robin league matches being played, while on Sunday will see the tournament continue from the quarterfinals knockout stages.

The Borneo 7s has indeed come a long way to be an established tournament in the region from its humble beginning in 2001, 18 years ago.

Then, when the local rugby aficionados first mooted the idea of organising a rugby tournament in Sandakan to give locals a chance to test their competition skills, it was also one of the events of the Sandakan Festival which was a month-long festival organized by the Sandakan Municipal Council to promote Sandakan as the Nature City of Sabah.

Today the tournament has earned world-wide recognition and is sanctioned by Asia Rugby, the governing body of the game in Asia.

In 2008 a major change was made when it was decided to forgo initial Tens format and use the Sevens format instead. This was successfully implemented in 2009 and the rest is history and the tournament is now popularly known as “The Greenest Sevens In The World”, in view of the fact that it is played in Borneo, and of lush tropical forests.