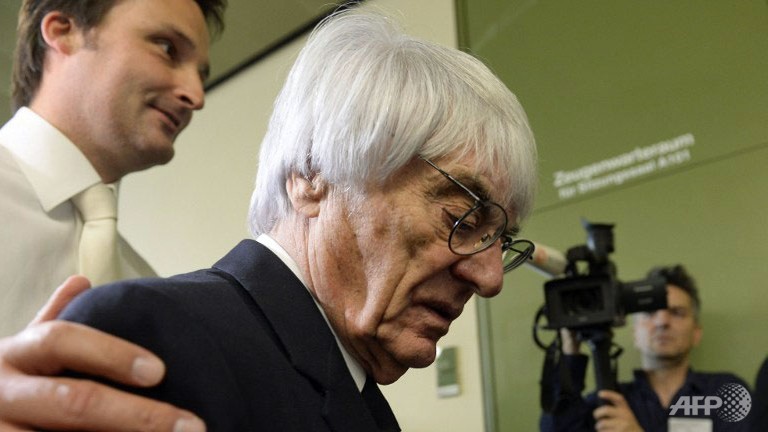 MUNICH, Germany: Bernie Ecclestone’s corruption trial in Munich has been postponed for Tuesday and Wednesday with the 83-year-old Formula One magnate suffering from illness.

Ecclestone’s defence team presented the Munich court with a doctor’s certificate to confirm the Briton was ill and judge Peter Noll has allowed the court hearings to be postponed.

The Briton is accused of paying German banker Gerhard Gribkowsky $44 million (32 million euros) in 2006 and 2007 to ensure his continued grip on the motor sports empire he had built up over four decades.

Ecclestone, who has pleaded not guilty, faces a maximum jail term of 10 years if he is found guilty.

He admits making the huge payment not as a bribe but as hush money after a blackmail attempt.

Prosecutors charge that the money was a bribe meant to ensure BayernLB sold its shares to Ecclestone’s preferred bidder, CVC Capital Partners of Britain, now the sport’s majority shareholder.

Gribkowsky was sentenced to eight-and-a-half years in prison in 2012 after being convicted of corruption in relation to the money.

There are 26 days scheduled for the court case until mid-September.