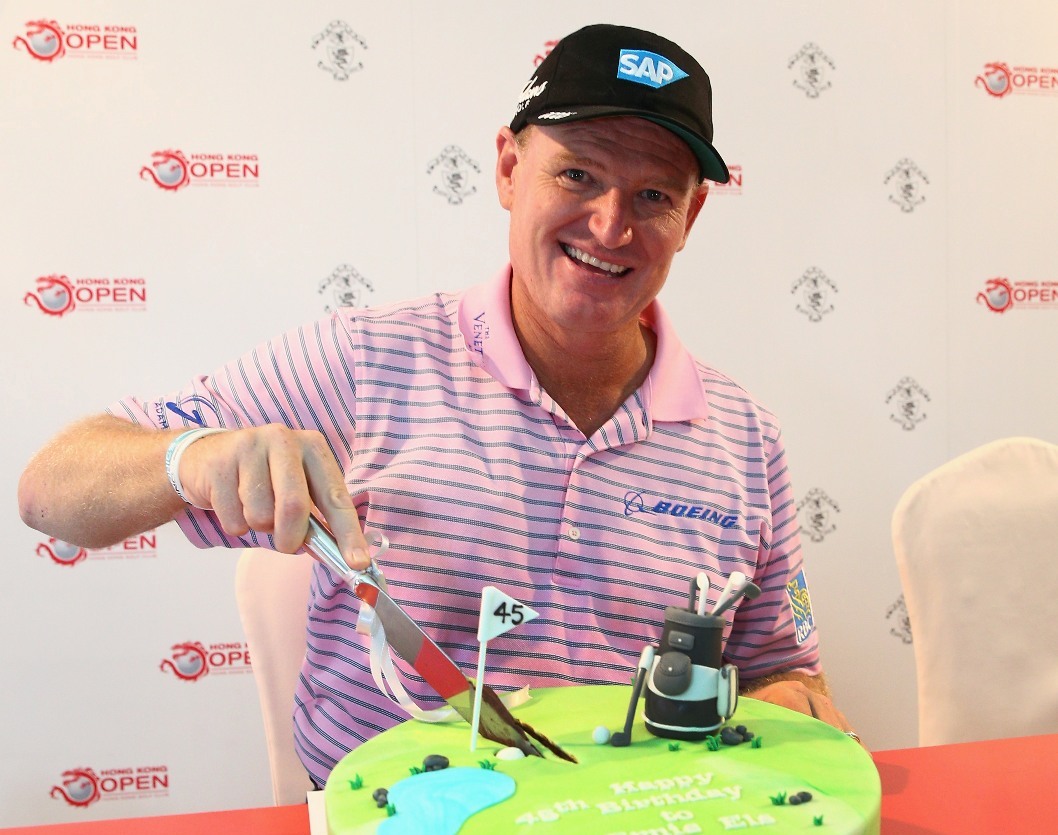 Ernie Els is keen to put his name on one of The European Tour’s most prestigious titles as he bids to deny Miguel Angel Jiménez a record fifth title at the Hong Kong Open.

Els, a four-time Major champion and one of the world’s truly global players, has identified Jiménez as the rather obvious man to beat in in this week’s US$1.3 million event, but not many would bet against the 50 year old Spaniard rewriting the record books to become the first man in history to win the Hong Kong Open five times and for the third consecutive year.

“Miguel’s record speaks for itself, winning here four times,” said Els, who will celebrate his 45th birthday at Fanling on Friday. “He obviously loves the layout and knows the greens obviously.  So I’d love to play with him over the weekend – I know he’s going to be up there so if you are playing with him then you won’t be too far away.

“My own form is okay – I found a bit of form over the weekend at the Dunhill Links a couple of weeks back and I’m actually quietly optimistic about my game and quite excited about my game, especially for when the new season starts.  But I’d love to get it going here this week and see what Miguel and the rest of the crew does out there.

“I remember coming here in ’92 to play for South Africa to qualify for the Dunhill Cup at St. Andrews and myself, Ian Palmer and John Bland came over and played some golf here at Fanling.

“It’s ridiculous it’s been so long – hard to believe that was 22 years ago. I never imagined then I would be sitting here today having achieved what I have in this great game.

“I was hoping for good things to come, but sitting here now, quite a few years later well into my career, I’ve had some good things happen and been very blessed the way things have gone. Sometimes you have big plans for life but sometimes things don’t work out.  For me, luckily it worked out nicely in my golf career.”

Els has long been a global ambassador for his sport, one of the first players of the modern era to truly embrace a global schedule that has seen him win round the world 67 times. As a result of that stunning career, the 44 year old is huge star in Asia.

“So you’ll keep on seeing my face coming out here and playing.  I can see obviously the Asian Tour growing, and golf is so popular out here, not only men’s golf but really a lot in women’s golf, as well.

“People love to play the game of golf out here, and you know, thanks to The European Tour who had the vision years and years ago to come out to Asia and start getting tournaments together, to co-sanction with the Asian Tour and grow the game out here, the game is in good shape in Asia.”