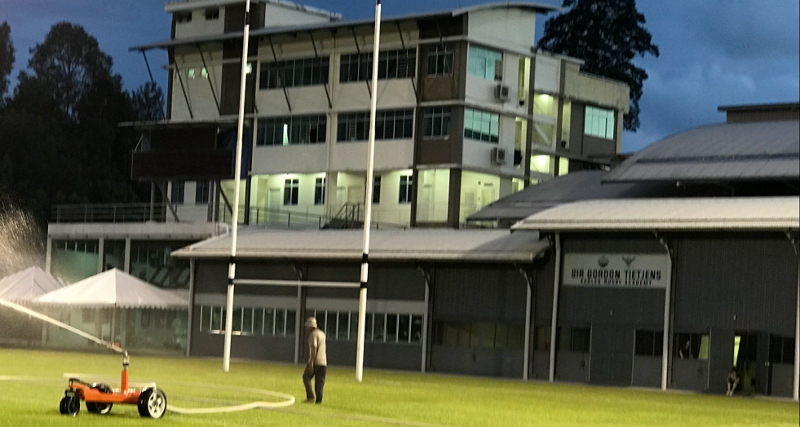 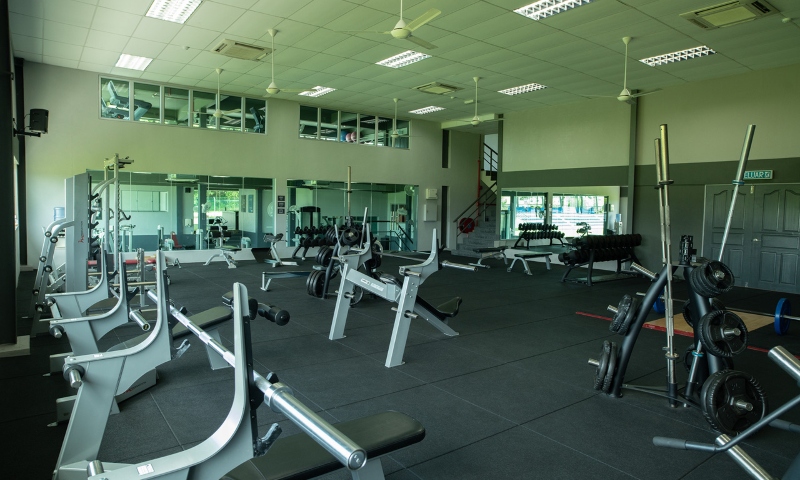 Eagles Rugby Club (ERC) in Sandakan and Sabah Rugby Union (SRU) virtually are the home of rugby in Malaysia.

The club and state association helmed by Velayuthan Tan, have given the sports of rugby an uplift with facilities, training, development programmes for both boys and girls, coaching, international exposure and management which are world standards.

And it is little wonder the state of rugby in the state is exemplary and continuously growing from strength to strength.

Velayuthan, 65, who is affectionately known as Vela, in the rugby circle, is also the deputy president of the Malaysia Rugby and Asia Rugby council member and chairman of the development committee, comes from a family who are passionate about rugby.

Vela’s brother, Tan Sri Krishnan Tan was the former president of Cobra Rugby Club, another brother Dr K.H. Tan is the vice-president of Malaysia Rugby and deputy president of SRU, while Sagaran Tan is the honorary auditor of ERS.

KH Tan was recently appointed as the chairman of the Sabah Sports Board.

What ERS and SRU have to offer to rugby is a wholesome package. 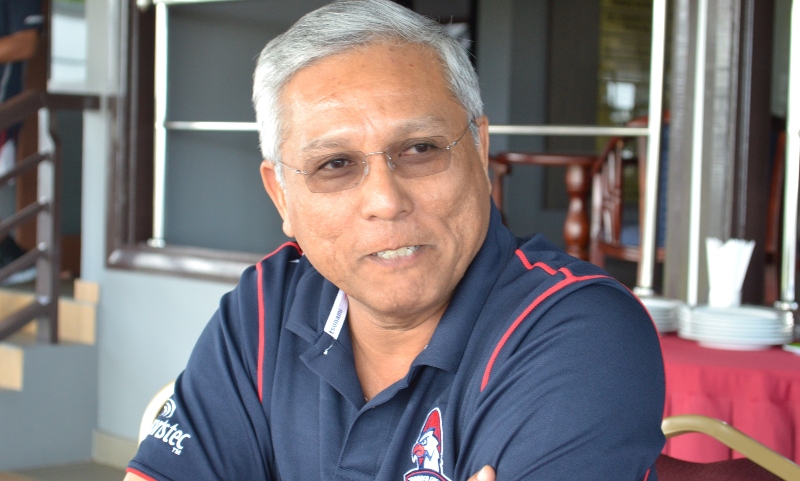 As Vela puts it: “We offer rugby as more than just rugby.

“We want the sport to impact the future generation. We want to offer rugby as an opportunity to play, coach, manage, education and career. Basically, a pathway to excel through hard work with honesty and sincerity to become good leaders for the future,” said Vela.

“Me and my family came up from a poverty background, making sacrifices and working hard. We owe it to our late mother for all her sacrifices and the good values she has instilled in all our us.

“We now want to give back to the game that we are passionate about and help the younger generations with opportunities made available to them,” said Vela who hails from a small village – Sungei Renggam – in Klang.

The ERC history dates back to 1998 when Vela who was with IJM Plantations, managed to convince the corporation to give a piece of land under their Corporate Social Responsibility (CSR) to become their legacy towards the promotion of rugby in Sandakan, Sabah and the nation.

Eagles Rugby Club, Sandakan, was formerly known as Sandakan Rugby Club Sabah (SRC) in 2003. It was officially registered with the Registrar of Societies on 24th February 2005.

However, in compliance with country’s Sports Development Act of 1997, the club then registered under the Sabah Sports Commissioner’s Office on 3rd October 2012.

ERC has the right of use and management of a clubhouse building, rugby pitches and other facilities built on six acres of prime land located at Bandar Utama, Mile 6, Jalan Utara, Sandakan.

It is one of the very few sports facilities, if not the only, in Malaysia that was planned, designed and built specifically with the game of rugby in mind. In short, the club building, amenities and the pitches are ‘rugby-centric’.

The clubhouse has other facilities like an international sized futsal court, a pool table, table tennis tables (including a special mechanised training table), table soccer and dart boards for members to enjoy.

There is also a newly completed four storey building which houses a canteen, coaches’ quarters and a dormitory capable of accommodating up to 60 players comfortably. It especially benefits school children coming from the rural areas to take part in rugby training or tournaments held in the city.

A two storey high performance cross training centre with a fully equipped gymnasium that features state of the art training equipment has recently been completed.

The club has also engaged top foreign professional coaches and players from New Zealand and Fiji to head and assist in their comprehensive promotion and development programmes.

Together with Sabah Rugby Union, the Sabah Education Department and anchor sponsor IJM Plantations Berhad, the club is building a sustainable reservoir of young rugby talents through the Sabah Academy for Rugby Excellence where over 50 schools throughout Sabah are involved. There is also a ‘Centre for Rugby Excellence’ project at Sandakan Secondary School where around 40 sports-inclined boys are groomed by professional Fijian coaches five days a week to learn the finer aspects of the game. Almost all their daily necessities and academic requirements are also taken care of e.g. extra food and tuition classes. 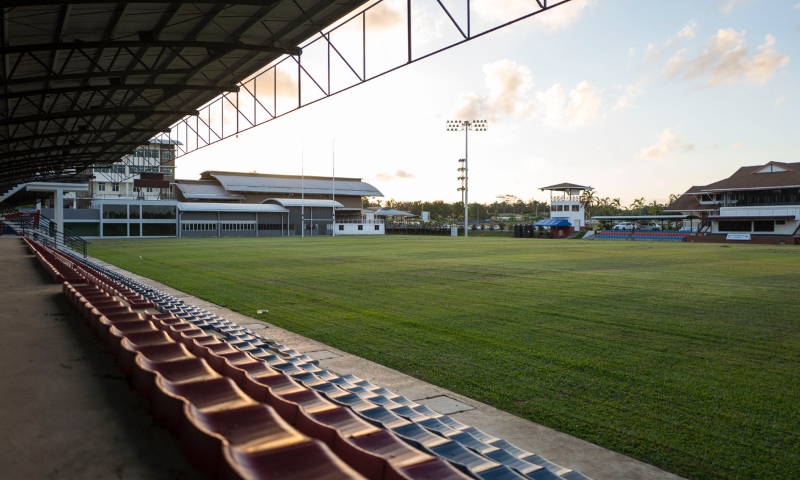 The annual 10s and 7s Age-Group events continue to be keys components of the Sabah junior rugby calendar drawing overwhelming participation from schools all over Sabah – so much so that housing the hundreds of students became a major challenge by itself.

ERC has also developed good networking with international rugby clubs and in 2011 twenty Under-14 students accompanied by two officials were sent to New Zealand for a 3-week rugby learning attachment last year which included attending training camps at a leading rugby institution there and playing in local tournaments. Another training/learning excursion to New Zealand was successfully organized at the end of 2012 with Under-16 and Under-20 boys having their turn to experience rugby boot camps in Auckland. The programme continued in 2014 when another batch of twenty Under-15 youth underwent 23 days of training at rugby academies in New Zealand.

These mid and long-term plans are expected to bear fruit in the near future and Sabah should reap the benefits and reaffirm itself as a premier rugby force in the country.

Recently at the Sukma in Ipoh, Sabah’s women’s team who had trained in three phases at the Academy went on to win the gold medal without conceding a point.

Meanwhile ERC Borneo Eagles Rugby team has also made headlines and left their mark at various major tournaments, both local and abroad. Their record-breaking three consecutive victories at the Heinekan Hottest 7s in the World (Darwin, Australia) is one exploit that they are proud of.

The Borneo Sevens Internationals for men and women which has earned the title “The Greenest Sevens in the World” is another effort the club is proud of.

“The tournament started when local rugby fans first mooted the idea of organising a rugby tournament in Sandakan to give locals a chance to test their competition skills,” said Vela.

“Today Borneo 7s has moved up to a level where it is recognised by Asia Rugby.”

This year’s tournament will be held from March 23rd and 24th will see 11 nations and Malaysia competing where 11 teams will compete in the men’s category and 9 in the women’s category. Russia will be making their debut.

“We are confident that rugby in Malaysia and particularly in the state of Sabah, will progress to a stage where it will earn its place as a ‘core sport’ in Malaysia. In fact, I would say that the game has already taken firm root and it is all set to further flourish,” said Vela proudly.

And more recently ERC added another feather to their cap of achievements when they launched the Sir Gordon Tietjens Eagles Rugby Academy on 15th March 2018.

Eagles Rugby Club sealed a pact with rugby sevens legend, Sir Gordon Tietjens, to further advance the standard and popularity of the game of rugby throughout this region.

Tietjens is the Chairman of the Academy which is named after him. The Academy, which has full-fledged state-of-the-art strength conditioning facilities and equipment specifically tailored for the game of rugby. It will be reaching out to all rugby enthusiasts, officials, coaches and players in this region who aim to keep abreast with the latest techniques, theories and training methods covering all spheres of rugby. It will be organising seminars, workshops, high performance coaching and training courses, strength and conditioning and other rugby-specific activities.

“Our facilities have already been utilised by several top clubs and Asian countries for their centralised training centre before major tournaments. The Malaysian team have been urged to use this state-of-art facilities and top coaches can be made available as their preparation for major tournaments. It is much cheaper than going for overseas stints,” added Vela.

Indeed, SRU and ERC have established themselves as the home of rugby and look set to continue to soar to greater heights with the commitment of the club and its officials.