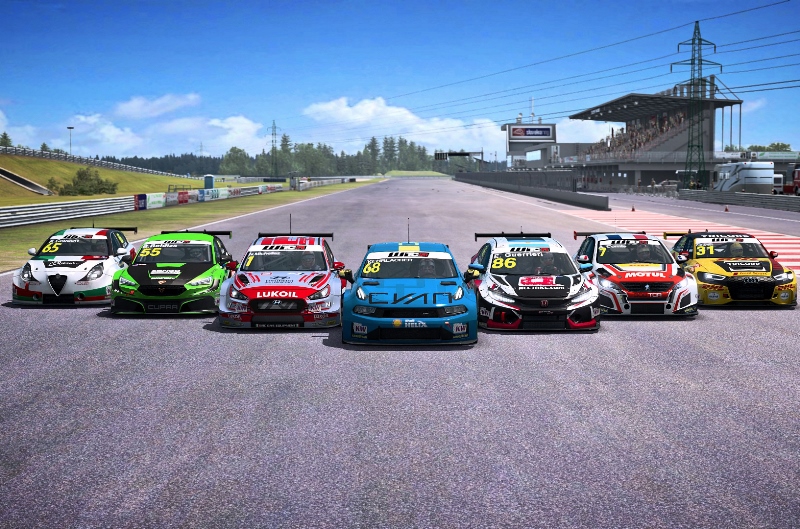 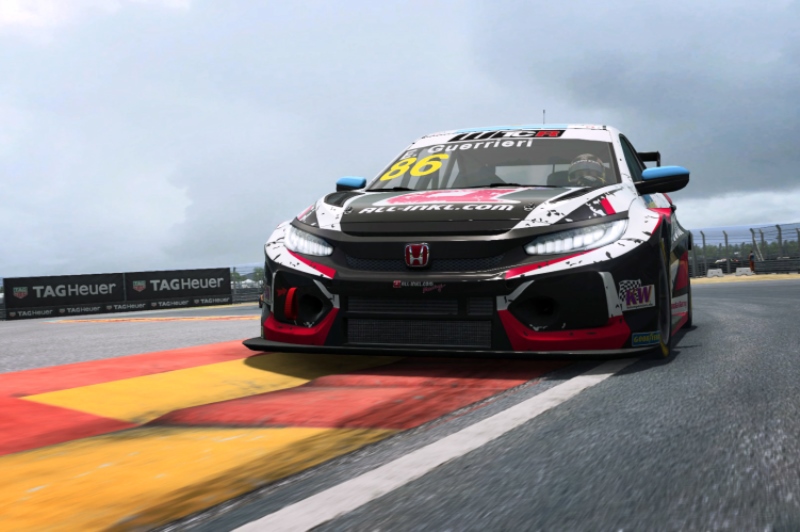 *Pre-season Esports WTCR Championship to feature innovative on-air format *Made-for-broadcast series exclusively for top WTCR drivers including world champions *Six one-hour high-quality programmes on Eurosport and other channels worldwide *Extensive 7 weeks on-air promotion as real WTCR worth 3 million euros and watched by an estimated audience of 15 million *360-degree offering includes production, programming, distribution and activation *Followers on social media to be treated to race action and exclusive content *Wait is over as fans get to see and hear their heroes and first glimpse of new 2020 liveries

They’ve competed against some of the best simracers on the planet and now real-life drivers from the WTCR − FIA World Touring Car Cup are getting ready to battle each other in an online racing series with a difference, as Eurosport Events prepares to take esports to the next step.

Using the RaceRoom Racing Experience platform, the Pre-season Esports WTCR Championship features an innovative and high-quality made-for-television product at its core backed up the same level of promotional investment enjoyed by the real WTCR.

From the team behind Eurosport Events’ coverage and promotion of the WTCR, the Pre-season Esports WTCR Championship takes the next step in esports event delivery with an all-inclusive approach that goes beyond the traditional digital offering. This includes TV production and global programme distribution, sponsor and partner acquisition and servicing, PR and promotion, plus social media activation.

François Ribeiro, Head of Eurosport Events, the WTCR promoter, explained: “We’ve taken a new and exciting step by changing direction from delivering a pure online racing product to a unique made-for-broadcast production with strong global visibility. We’ve taken control of the value chain by utilising our in-house resources from producing the programming, distributing it to broadcasters worldwide and launching a promotional campaign that mirrors what we do for WTCR. We will provide our drivers, teams, partners and other stakeholders significant visibility and some great action and entertainment for the fans who have missed out on so much during these unprecedented times.”

Viewers treated to six one-hour shows
Six one-hour programmes will be broadcast on Eurosport in 54 countries and on other networks around the world via individual licensing agreements brokered by the Rights Syndication Department at Eurosport in Paris. These include RTBF (Belgium), Eurosport India, Tencent (China), Supersport (sub-Saharan Africa), Three (New Zealand) and Motowizja (Poland) with more broadcast partners to be announced.

The programmes will benefit from the same in-house production expertise as the real-life WTCR broadcasts in partnership with technical provider AMP Visual. The work of a 30-person team, the programmes will have the same ‘look and feel’ as the WTCR broadcasts with identical on-screen graphics and expert commentary on the global broadcast feed from the voice of WTCR Martin Haven.

Recognised WTCR pitlane reporter Alexandra Legouix will present the action and interview the drivers while they race at home. Esports WTCR commentator James Kirk joins the team to provide an expert view on simracing.

Videos of drivers on their simulators, at home and enjoying some fun moments will also be shared during the one-hour shows. And while the drivers will be racing from home, the television production will be managed from Paris with the 30-strong crew working in compliance with social distancing and other health and safety requirements.

All the action replayed on social media
While Eurosport and other global broadcasters will show the action first, replays will be streamed on the WTCR’s social media channels where other exclusive content will also be made available.

Innovative format for Esports WTCR
Each Pre-season Esports WTCR Championship will feature a 10-minute qualifying session followed by a top-five Superpole shootout. Race 1 will last for 12 minutes with the grid using the combined qualifying results. Race 2 will also last for 12 minutes but with the top 10 qualifying results reversed to form the first five rows of the grid. Cars will appear as they will look when the WTCR begins, as planned, for real later this year.

Esports “a good tool to keep fit, to keep prepared”, says gamer-turned-racer Michelisz
BRC Hyundai N LUKOIL Racing Team’s Norbert Michelisz has never stopped racing online despite his prolific success on track. The Hungarian went from ace gamer to the winner of the WTCR − FIA World Touring Car Cup in a little more than 10 year after he was rewarded with a test due to his virtual racing exploits.  “I understood from very early it’s a very good tool to keep fit and to keep prepared for the real events,” Michelisz told #RaceAtHome − the FIA Digital Motor Sport Magazine − recently. “All the racers online are making very similar decisions to a real driver. If you do a lot of kilometres in the virtual road that helps you a lot in understanding how to be successful in reality.”

Ehrlahcer: Simracing brings WTCR to life
Yann Ehrlacher, who will partner his famous uncle Yvan Muller in the Cyan Racing Lynk & Co WTCR − FIA World Touring Car Cup line-up in 2020, has revealed that he is able to get his driving fix through the digital version of the 350hp Lynk & Co 03 TCR.  “The RaceRoom version of the Lynk & Co 03 TCR is great and the interior is really real, I sometime forget that I am sitting at home and not in my proper race car,” said Frenchman Ehrlacher, 23.