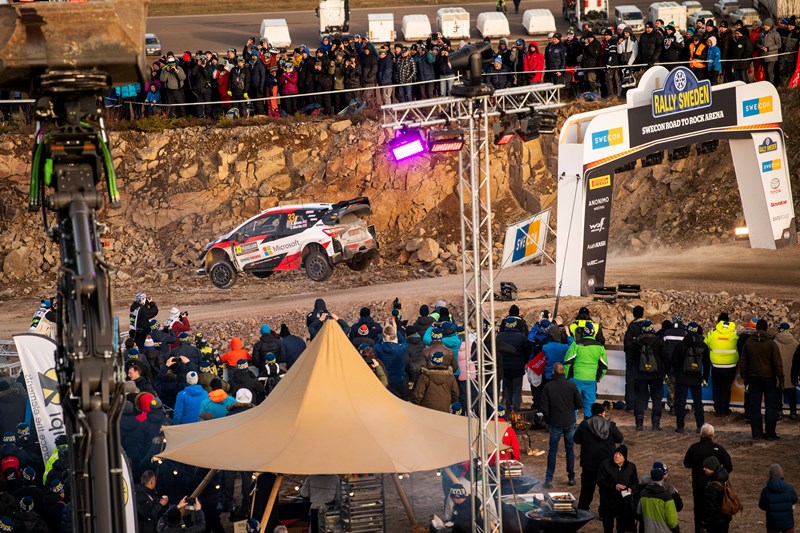 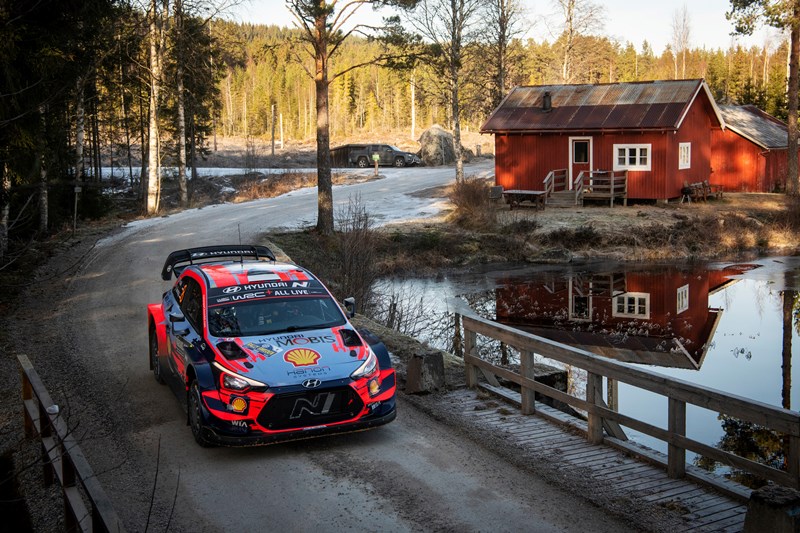 The Welshman, driving a Toyota Yaris for only the second time, won two of the four forest road speed tests in Sweden and Norway. He finished second in the other two to build an 8.5sec advantage.

Plunging overnight temperatures meant the roads were a changeable mix of ice and gravel, with some snow making a belated but welcome appearance for this second round of the FIA World Rally Championship.

Evans won the opening special stage, but Tänak trimmed his lead to just two-tenths of a second in the next. Another fastest time allowed the Yaris pilot to stretch his advantage over a day that was shortened before the start due to the unseasonably mild weather.

“The feeling with the car has been really good and we can’t complain with a day like that. It’s good but we have to do it all again tomorrow. Who knows what the conditions will be like, but we’ll have to adapt to what’s put in front of us,” said Evans.

Tänak, returning after a massive accident early in last month’s opening Monte Carlo round, was content after little time behind the wheel of a Hyundai i20 in his first season with the Korean squad.

“It’s not been too long in the car and we’re taking it step-by-step. The feeling is still there, these things happen, but it has been a long time out of the car. Of course, I want to spend as much time in the car as possible and today was quite short, but lots has been learned,” he said.

Teenage sensation Kalle Rovanperä was a further 5.8sec behind in third in another Yaris. The Finn, making only his second appearance at the top level, dropped from second after conceding vital seconds when he stalled his engine early in the final stage.

Sébastien Ogier put a third Yaris into the top four. The Frenchman was 17.8sec off the lead and planning overnight set-up changes to try to match the speed of his team-mates ahead.

Esapekka Lappi was fifth in a Ford Fiesta and also looking at modifying his settings. The Finn had 2.7sec in hand over round one winner Thierry Neuville, the i20 driver unable to extract more pace from his position as road opener.

Jari-Matti Latvala was the leading retirement. The Finn, driving a Yaris, lost time with a spin before dropping further time when his engine cut out on several occasions. He withdrew before the final stage.

Saturday’s second leg follows an identical schedule. Three morning tests, two in the forests of Norway and one back across the border in Sweden, are followed by a short mid-afternoon test to close the leg. It adds up to 63.68km of action.