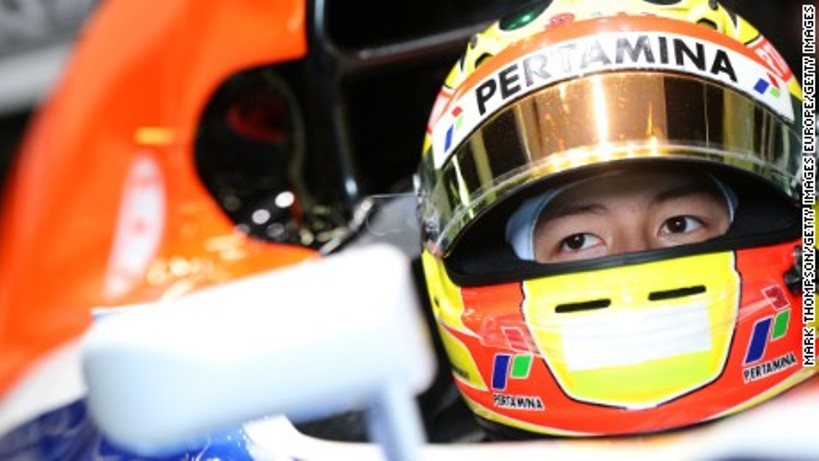 Haryanto became Indonesia’s first F1 driver in January after signing a one-year contract with Manor, but will depart early after his sponsors failed to bankroll the rest of his season.

The 23-year-old confirmed by text message to AFP that his contract with Manor was over and that he was in discussions about his next move.

Manor had sent a letter to the Indonesian government — which has helped support Haryanto — asking for an outstanding payment of seven million euros ($7.7 million) to allow him to continue racing.

His major sponsor, state-owned energy company Pertamina, and the government had managed to secure enough for him to race in the first half of the season, but were struggling to raise more money.

“Unfortunately we reached a point where, in the best interests of the team, we were forced to explore other options for the remainder of the season,” Manor’s racing director Dave Ryan said in a statement.

The Indonesian has been offered a reserve driver role for the remaining nine rounds of the F1 world championship, Ryan said.

Ocon meanwhile has been elevated to Manor’s F1 team and will make his Grand Prix debut in Belgium later this month.

The 19-year-old Frenchman joins German Pascal Wehrlein, who holds the other vacant seat with Manor after signing a deal with the racing team in February. – Agence France-Presse