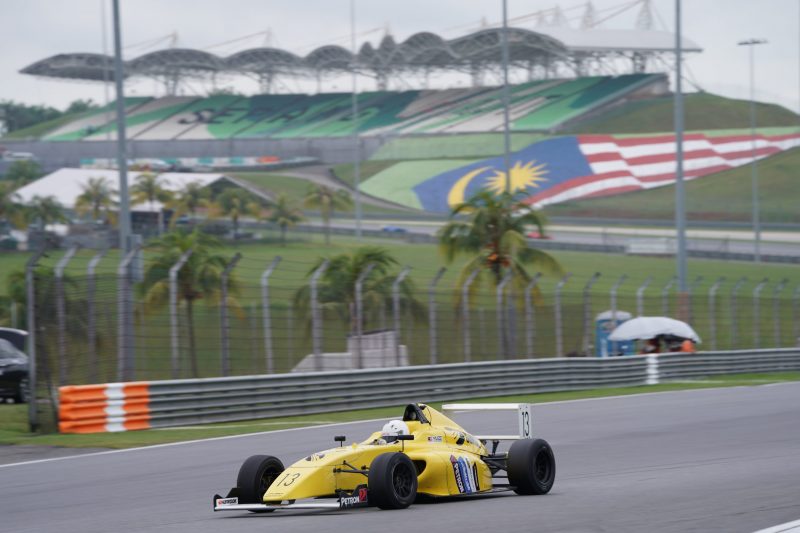 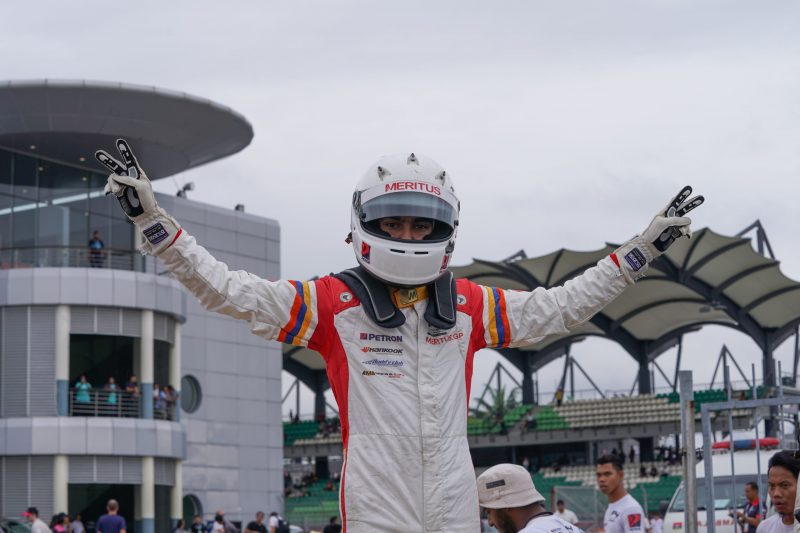 Malaysian Muizz Muysyaffa was on cloud nine this afternoon when he defied the odds to take Race 3 of the FIA Formula 4 SEA Championship – fueled by Petron this afternoon at the Sepang International Circuit.

The Kuala Lumpur-born racer was in devastating form as he left his competitors in his wake, recording a time of 20 minutes 58.431 seconds.

Sami Meguetounif had to once again settle for second as he had done in Race 2 earlier this morning when he clocked in 21:14.241s. Max Hart finished third with 21:15.015s.

Muizz, who was 12th at the end of Race 2 this morning, said that he was motivated to emulate his performance last month when also topped the podium.

“The good weather this afternoon put me in a comfortable position to win the race,” said Muizz afterwards.

“I managed to put in some distance against the second driver and I was really happy about that.

“For sure, winning this race has given me the confidence to win Race 4 later today.