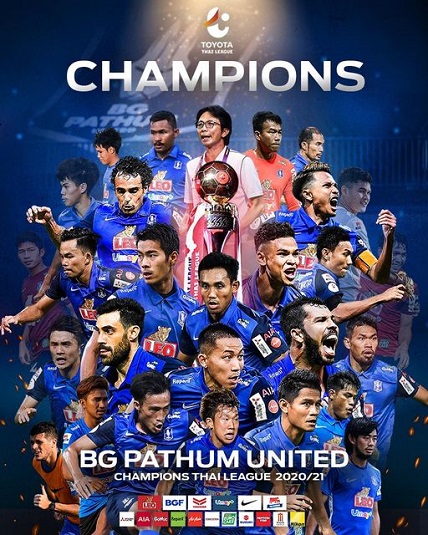 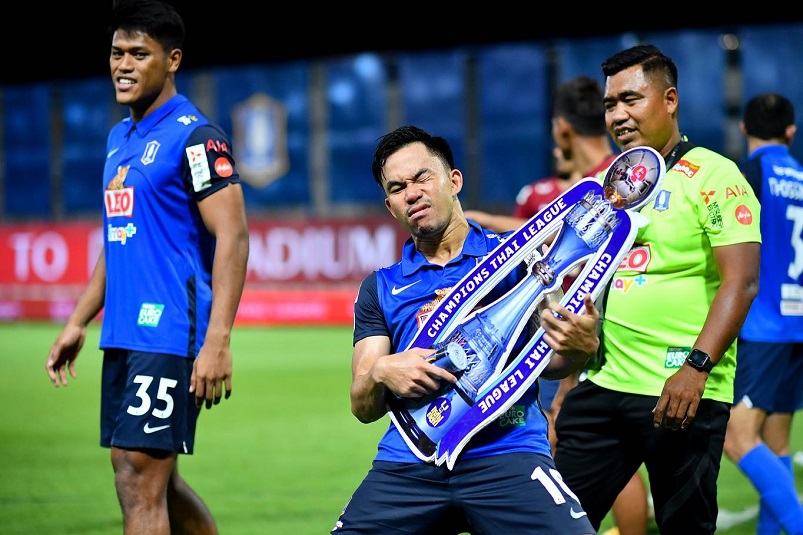 BG Pathum United won the 2020/21 Toyota Thai League 1 crown in style when they romped to the title with six matches to spare.

Playing at home at the Leo Stadium gave the home team all the confidence they needed to win the full points as veteran midfielder Sumanya Purisai struck in the lead after just six minutes in.

Victor Cardozo then converted a penalty in the 70th minute to give BG Pathum the full points and their first-ever silverware.

In the meantime, Buriram United and Port FC are in a neck-to-neck race to finish on second behind BG Pathum.

Two days earlier, Buriram won 2-0 at home over Trat FC with a goal each from Supachai Jaided (24th minute) and Suphanat Mueanta (83rd).

On the other hand, Port FC picked up the full points with a 3-1 win on the road against Prachuap.

At halftime, Port were already 2-0 up through Yannick Boli (29th) and Pakorn Prempak (33rd).

And while Phumin Kaewta managed to pull a goal back for Prachuap in the 64th minute, there was no denying Port the win when Adisak Kraisorn slotted home the third goal in the 78th minute. 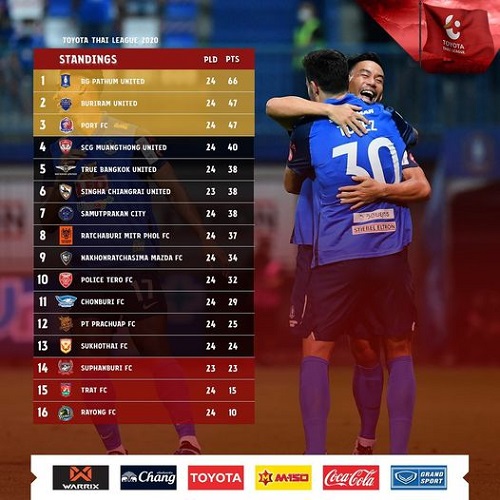