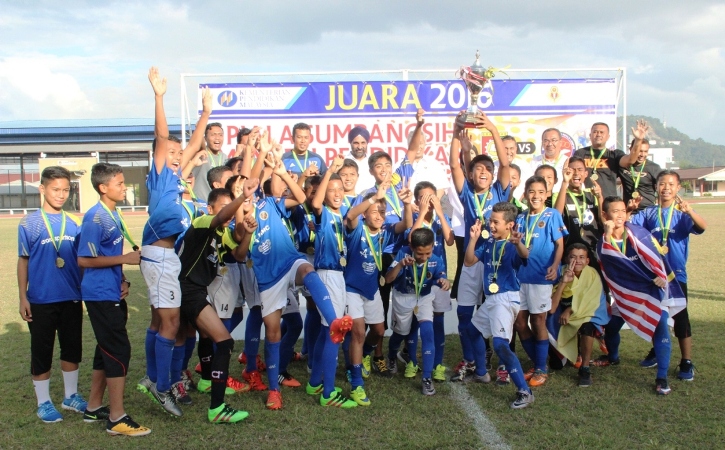 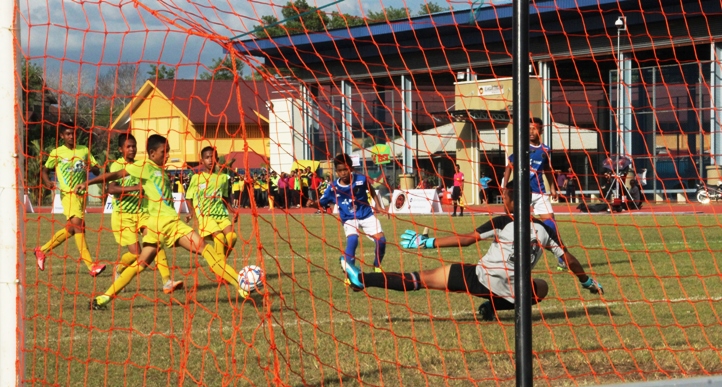 Striker Muhammad Nur Farish Hidayat Nor Izan fired SMK Seri Titiwangsa of Kuala Lumpur to their first ever Charity Shield crown on Saturday when they beat SMK Tunku Anum of Kedah 1-0 in the season opening tie in Jitra.

In the match that was played at the SMK Tunku Anum Mini Stadium, the extreme heat coupled with strong crosswind saw both teams battled to a first-half deadlock until Farish slotted in the only goal of the game after the break.

“It was an extremely difficult game considering the weather but we rode out the first half and looked for the opportunity to score in the second,” said Sabri Safar, the head coach of SMK Seri Titiwangsa afterwards.

“I had expected Farish to score and he did which is good for us as this is our first ever crown not only for the Charity Shield but in the history of the league since it started way back in 2008. We have never won anything before.

“Given the quality of the game, I believe that it will be a hard season ahead for everyone. So we are taking it one game at a time.”

Playing at home and buoyed by the numbers at the stand, it was SMK Tunku Anum who created a string of chances in the opening half.

But neither Muhammad Ibrahim Adham Mohd Rosli nor Megat Mohd Akiff Kamih could make them count as SMK Seri Titiwangsa held firm at the back.

With the heat bearing down, the city side pushed forward and replied with several chances of their own with an attempt in the 25th minute off Muhammad Fakrul Aizat Ramlee narrowly missing the upright.

However, off a long cross from the middle in the 51st minute, striker Farish ran past his marker before placing the ball beyond the reach of SMK Tunku Anum’s goalkeeper Muhammad Zulharizal Mohd Zuher.

SMK Tunku Anum rallied for the equaliser but SMK Seri Titiwangsa was not about to give up the advantage and the title.

“We should have made the few chances we had count but it was just not to be,” said Suhaimi Nizam Husin, the head coach of SMK Tunku Anum.

“There is still a lot of work to be done and we are already looking to the next game. We are playing in the lower Premier League this year, which means we have to fight for everything if we want to win promotion.”

The others include the 100PLUS Malaysian Junior Golf Open and the 100PLUS National Junior Badminton Circuit.

100PLUS is recommended by the National Sports Council. 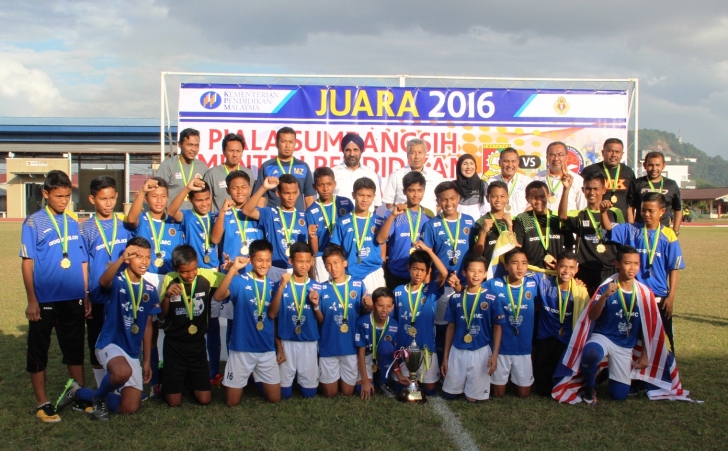