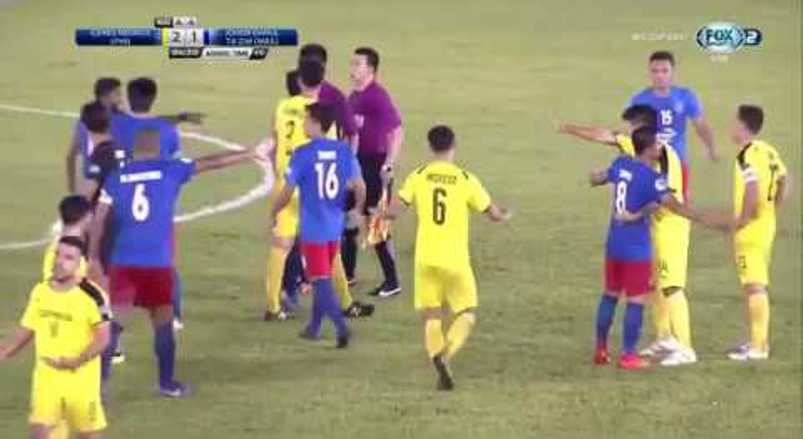 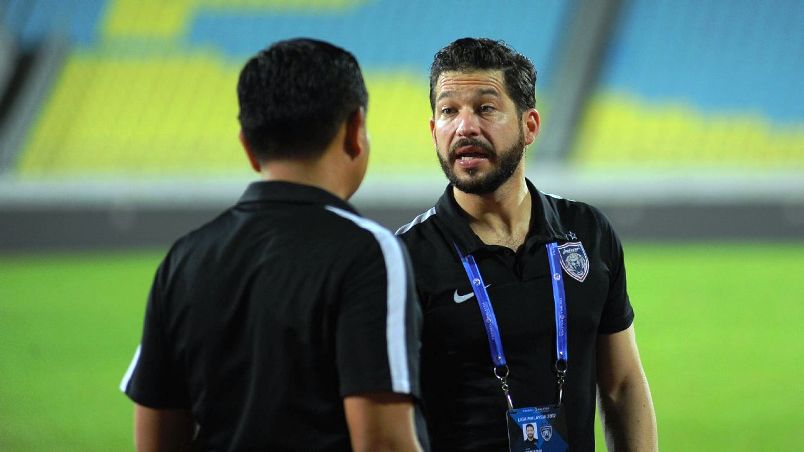 Johor Darul Takzim goalkeeper Farizal Marlias has paid a heavy price for violent misconduct in the AFC Cup Cup Asean Zone return-leg semi-final against Ceres Negros FC of the Philippines at the Pana-ad Park Football Stadium in Bacolod City on May 31.

The Asian Football Confederation (AFC) have come down hard on the former international and handed him a one-year ban plus a fine of USD40,000 for pushing referee Fu Ming of China who promptly sacked the Malaysian.

Farizal did not stop at that and also manhandled the second and first assistant referees plus the fourth official on his way out of the pitch. He was charged with violent misconduct and bringing the game into disrepute.

The suspension shall be served on an Asia-wide basis which means all domestic, continental and international matches, whether friendly, non-official or matches.

Ceres sent JDT – the 2015 AFC Cup champions – out of this year’s competition on away goals and advanced the zonal final on away goals after both teams were tied 4-4 on aggregate.

JDT won the first-leg at the Larkin Stadium in Johor Bahru 3-2 but lost the return-leg in Bacolod City 2-1 – riding on an injury time penalty.

Farizal was not alone in getting punished. JDT coach Benjamin Mora was also handed a USD7,000 fine for using insulting language on AFC staff and match officials after the match in Bacolod. – BY RIZAL ABDULLAH