Home International Festival of GT racing in the Eifel Mountains 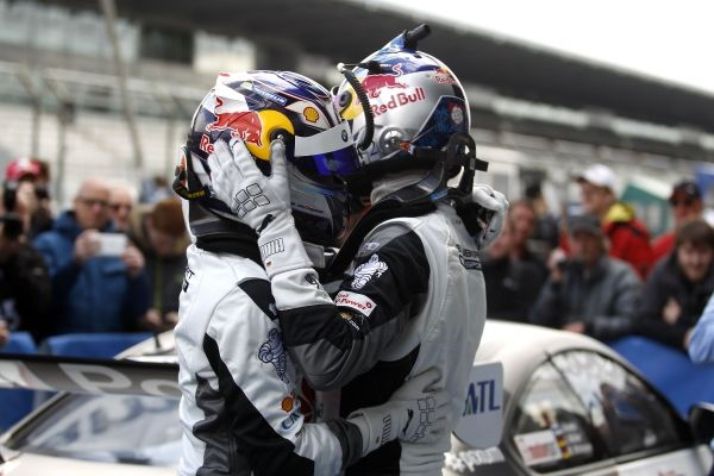 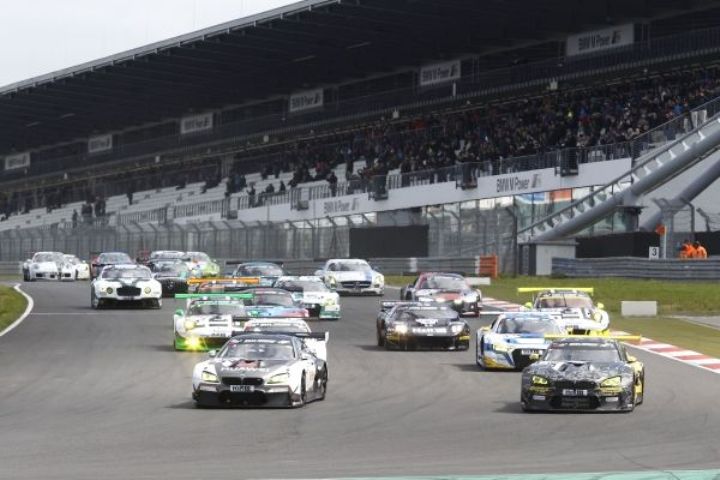 BMW teams all set for the Nürburgring 24 Hours

This weekend, the eyes of the motorsport world are on the Eifel region of Germany: the 44th staging of the 24-hour race at the Nürburgring (DE) pits the best drivers, teams and cars that GT racing has to offer on what is probably the most demanding circuit in the world.

Since 1970, the event on the iconic Nordschleife has been a permanent fixture on the race calendar, and has thrilled fans all around the world. With 19 overall victories to its name, BMW is the most successful manufacturer at this endurance classic, and once again goes into the 2016 race with a strong contingent.

The provisional entry list for the race, which will take place on the 25.378-kilometre combination of the Nordschleife and parts of the Grand Prix circuit, includes no fewer than 40 BMW racing cars. Six of these will race in the SP9 class for powerful GT3 cars: the hopes of the BMW teams of Schubert Motorsport, ROWE Racing and Walkenhorst Motorsport rest with the newly developed BMW M6 GT3, with all three teams fielding two cars.

They are joined by 13 BMW M235i Racings, the successful entry-level model in the BMW Motorsport range, as well as many other BMW racing cars run with great passion by privateer teams.

The BMW Z4 GT3 claimed a highly-acclaimed victory at the 24-hour classic at Spa-Francorchamps (BE) last season. The BMW M6 GT3, which caused a stir with victory at the dress rehearsal in the VLN Endurance Championship on 14th May, is now charged with continuing this success story.

Behind the wheel for the BMW teams are some of the best and most successful drivers ever to race in the “Green Hell”. Three drivers in the BMW M6 GT3 have won the Nürburgring 24 Hours in the past: Müller (2 wins), Farfus (1 win) and Lucas Luhr (DE, 2 wins), who is looking to return to the top step of the podium exactly ten years after his first victory.

Five drivers from BMW Motorsport’s current DTM squad are taking time out from the popular touring car series to take on the Nordschleife. Timo Glock (DE) will not actually be behind the wheel at the weekend, but will accompany his team-mates as a TV expert, giving him a completely different perspective of the weekend. RTL and RTL NITRO will provide extensive reports from the highlight of the 2016 season.

As well as those watching on television, the fans at the racetrack can also look forward to a top-class motorsport spectacle. As in recent years, fans of BMW Motorsport and BMW M will be in their element at the M Festival. For the sixth time, visitors will be able to follow the action from areas next to the Grand Prix circuit and in the “Fan Base” in the heart of the “Green Hell”. For three days, BMW M Hospitality is the home of the ever-increasing M community from all over the world.

The first highlight of the weekend is the Top-30 Qualifying, which takes place at 19:50 local time on Friday. Four BMW M6 GT3s have already secured a place in this individual qualifying session. The race itself begins at 15:30 on Saturday.

Selected quotes ahead of the 24-hour race at the Nürburgring:

“The 24-hour race at the Nürburgring is the next big test for our new BMW M6 GT3 – and, naturally, one of the absolute highlights of our GT season. It goes without saying that we would love to get a top result. However, you can’t plan success at the Eifel marathon. And this is all the more true when you compete with a brand-new car like we will be doing. At the dress rehearsal in the VLN, we saw that the BMW M6 GT3 seems to be competitive on paper. However, we can only talk about our own performance – not what our rivals have shown or not shown. Either way: Our drivers are some of the best of the best on the Nordschleife. On top of that, with Schubert Motorsport and ROWE Racing, we have two teams hungry for success in our ranks, and with Walkenhorst Motorsport, we have a strong privateer team in the SP9 class. And of course we not only look to the BMW M6 GT3 in the field, but also to the countless privateer BMW teams and drivers who will do battle for top places in the various classes. In combination with the M Festival, which, as in recent years, will take place at the same time, the 24 Hours Nürburgring will once again be a real festival for the fans of BMW Motorsport and BMW M this season – and fitting for the year of BMW’s centenary.”

“I am already really looking forward to this race. Our preparations were great and we are in good shape for the weekend at the Nürburgring. The most important thing is that the car survives the 24 hours. The race is unique. And you can’t forget about the weather since it follows its own rules at the Nürburgring. The particular challenge for the teams is having the right driver on the track at the right time and with the right set-up.”

“Naturally our win at the last VLN race helps the motivation of the team and us drivers. We have a much better feeling going into the 24-hour race. When you compete on the Nordschleife with BMW, you always want to win. But there are a lot of pitfalls on this track, you need to be focussed all the time, also due to the slower cars. The whole atmosphere at this event is fantastic and the fans are unique.”

“It will be a fantastic weekend. We have a good team. I hope that we will have good weather and a lot of fun. The fans that come to the Nürburgring are real fans. Naturally they support BMW or other manufacturers, but they primarily come for the show and really want to see all of the cars. That is so special.”

“It is sensational once again to come to the 24-hour race. It is one of the absolute highlights of the year. It will be exciting to see how our new car does and what the performance will be like. We are feeling positive, but so much can happen at the 24-hour race that you also need to have luck on your side. Our driver pairings are very, very good. We are well prepared, as the third VLN race showed.”

“Naturally it is the track in particular that makes this race special. The Nordschleife is unique in the world. Together with the atmosphere and the fantastic fans, as a driver they give you that extra motivation. However, there is no doubt that the race will be far from easy; the competition is extremely strong. But we have a good overall package. Naturally, you can’t forget that our car is new and something can always go wrong. In terms of the driver line-up, we have a superb squad.”

“It is a really important race for BMW. Things are going well for the first year with the new car and I am looking forward to the first 24-hour race with the BMW M6 GT3 at the Nordschleife. This type of marathon has its own rules. To be at the front, you first have to make it to the finish line. I think that we are in with a good chance.”

“The 24 Hours Nürburgring is unique – and accordingly as a driver, you are particularly motivated. In the IWSC, we compete on many incredible racetracks that have a long tradition in North America. But the Nordschleife is in a league of its own. With the ROWE Racing team and the new BMW M6 GT3, we are well equipped. Now we are highly motivated as we take on the challenge of the ‘Green Hell’.”

“The GT3 field is extremely close this year, but we are doing well with the new BMW M6 GT3. The 24-hour race is the biggest motorsport event in Germany. And the track is a real challenge. For us at ROWE Racing, the race with BMW Motorsport as a new partner is definitely a very special event.”

“I started my first 24-hour race with BMW last year – and finished second. I would have nothing against us finishing one place higher this time around. The BMW M6 GT3 is a brand-new car, but everything looks good so far. But it is difficult to predict this race. This is a 24-hour sprint.”

“I’m really looking forward to the race. The preparations have been made, I know the track, the car and my team. And you need to prepare well for this race. I have never driven a 24-hour race before, this will be a big challenge for me. I will just do my job, enjoy it as much as possible, learn from it and take all the experience I gain with me for the future.”

The driver line-ups of the six BMW M6 GT3 for the 24-hour race at the Nürburgring: