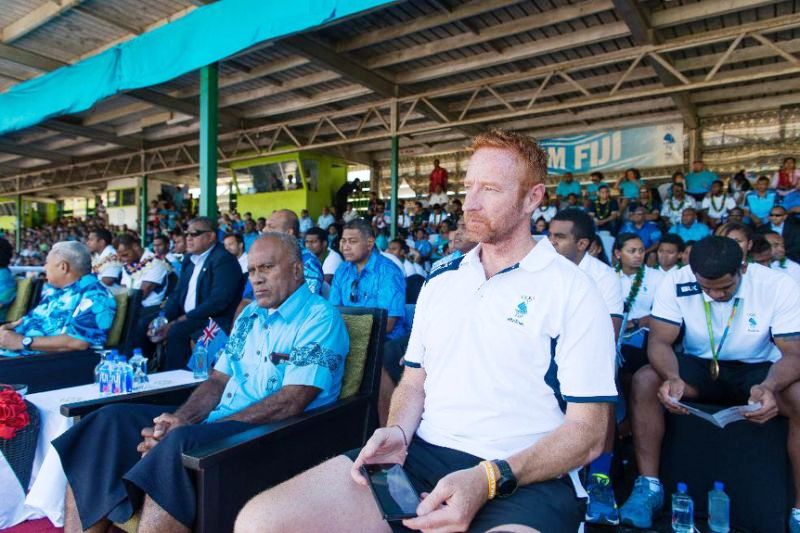 Fiji has ramped up overtures to sevens coach Ben Ryan giving him land and a chiefly title to keep the popular Englishman in the South Pacific island nation.

Ryan has become the most venerated person in Fiji since guiding them to their first Olympic medal when they won the sevens gold in Rio earlier this month.

He has already been awarded Fiji’s highest civilian honour, the Companion of the Order of Fiji, and moves are under way to give Ryan and his family Fijian passports.

The 44-year-old has been swamped with lucrative offers round the world since his Olympic success and has signalled he will look for new challenges elsewhere.

However, authorities in cash-strapped Fiji say they are doing everything they can to get Ryan to change his mind.

Villagers in Serua, one of the 14 provinces of Fiji, on Monday gave Ryan a three-acre (1.2 hectare) plot of land and the title Ratu, which is used by Fijians of chiefly rank.

Ryan has made no secret that he likes the uncluttered Fiji way of life.

He told the people of Serua that unlike overseas teams who had analysts and abundant resources, Fiji had talent in abundance and the players were his resources.

“We have no analysts and computers because I have 12 mighty computers, they’re the boys that play,” he said.

Ryan has said if discussions with the immigration department are successful, passports could change his mind about leaving Fiji permanently because his wife also wanted to stay and work.

“If the passport comes that means suddenly she’s allowed to work here and that’s the sort of thing that might mean we have a return here,” he said.

“The prime minister had spoken to me about that, I just need to send him some confirmation that I want it and they will activate it.

“So yeah, if I can get that before I leave that will be pretty awesome, and if I do come back it will make things so much simpler for permit and visas for me and my wife.” – Agence France-Presse