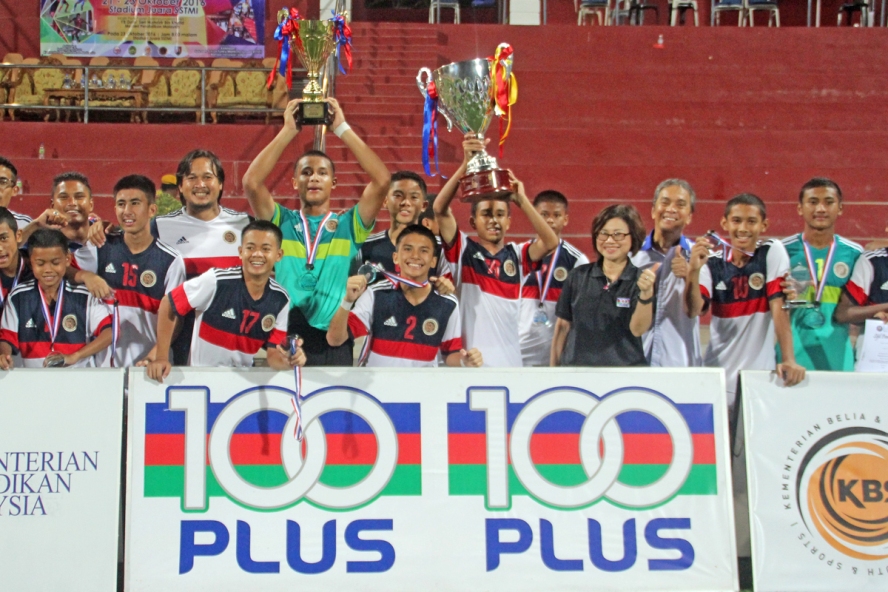 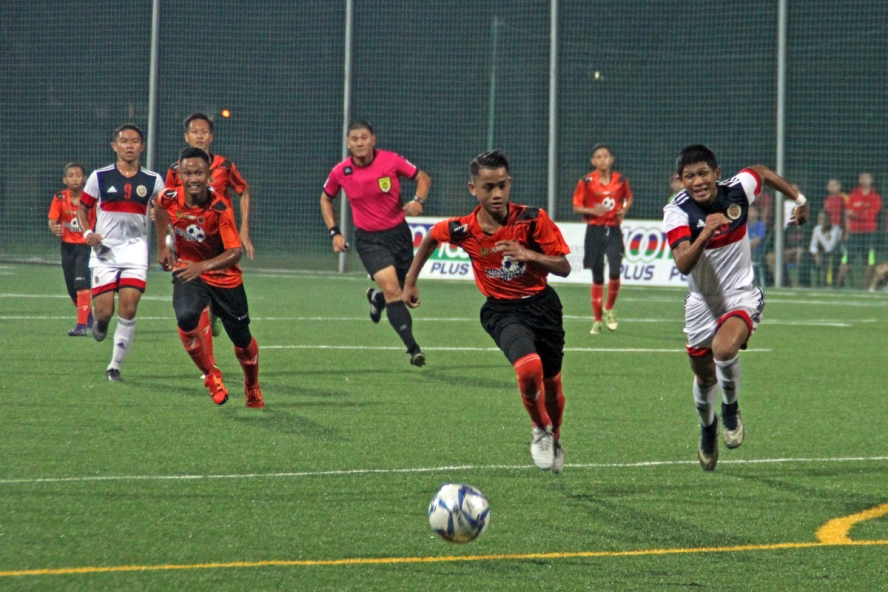 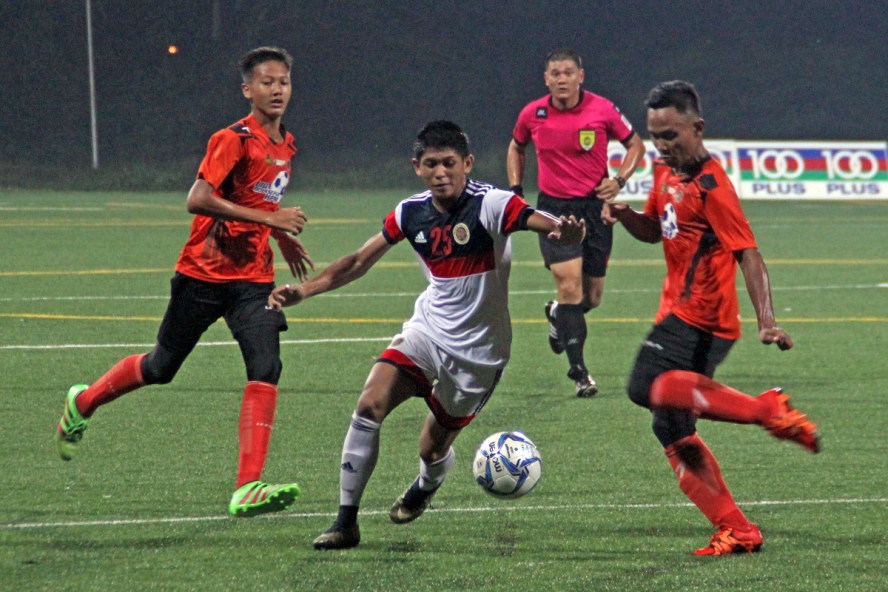 Bukit Jalil Sports School (BJSS) grabbed their first ever crown in the Minister of Education League Cup (MELC) Under-14 when they beat SMK Seksyen 11 of Selangor 2-0 in the final that was played last night.

In the match that was played at the Mini Stadium of the Tengku Mahkota Ismail Sports School (SSTMI) in Bandar Penawar, SSBJ played a fast, attacking high pressure game where they kept possession for much of the tie.

And while SMK Seksyen 11 – the inaugural MELC U14 champions in 2008 – was determined for a scoreless first-half, they just could not cope after the break as SSBJ found the back of the net through Megat Syafique Syazwan Mohd Khairul and Amirul Azzim Md Ruzki for the win and the bragging rights.

SSBJ was also the Super League champions this year.

“I am very satisfied with the performance of the players on the day. They played with the right mindset and the game was very exciting for the fans. They played to what I expect of them and they showed a very mature style even though these players are just 14-years-old,” said SSBJ head coach Wan Rohaimi Wan Ismail.

“We controlled the game right from the start and where we created a hatful of chances that could have given us the early goals. The opposing team did not play as well as what they had shown in the semi-finals but I was more focused on how we approached the final.”

SSBJ started the game strongly where controlled the pace and rhythm from the centre of the park. They did not only showed high intensity to shut down their opponents every time they lose the ball but they also created several quality opportunities through the combo of Harith Naim Jaineh and Muhammad Daniel Amali.

The duo was a thorn for the Selangor defence as they harassed the opposing defence all night long and where they came the closest in the first half with a chance in the 28th minute but Danial’s attempt narrowly missed the upright.

Danial was on the prowl again but his shot in the very last minute of the first half went straight to SMK Seksyen 11 goalkeeper Amin Najmie Al Hafiz instead.

There was no let up into the second half as SSBJ continued to run the Selangor backline ragged and in the 43rd minute they finally found the back of the net when Megat Syafique outjumped his marker to nod home a corner.

And five minutes later, SSBJ nailed their second goal of them game when Amirul Azzim slot home following a cross from the right.

Several substitutions later changed the pace of the game for both teams although for Selangor, they just could not find their way back as SSBJ stood firm to deny them at every turn.

“We tried to compete with them at every possible angle from the physical, technical and individual skills but it was quite obvious that we were overwhelmed,” said Nik Juhaisham, the head coach of SMK Seksyen 11.

“We have at least five players who are under the age of 13-years-old. And it showed that they lacked the mental strength to be competitive in a final match. But the fact that they still tried to play their game showed a lot about their character.

“And that will be good for their future.”