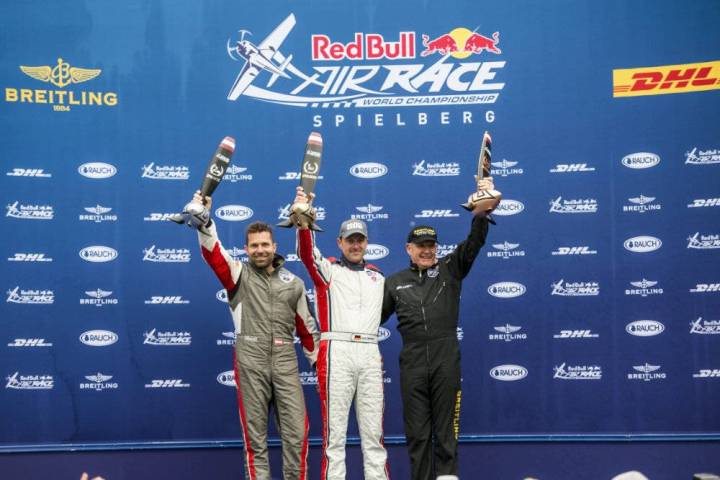 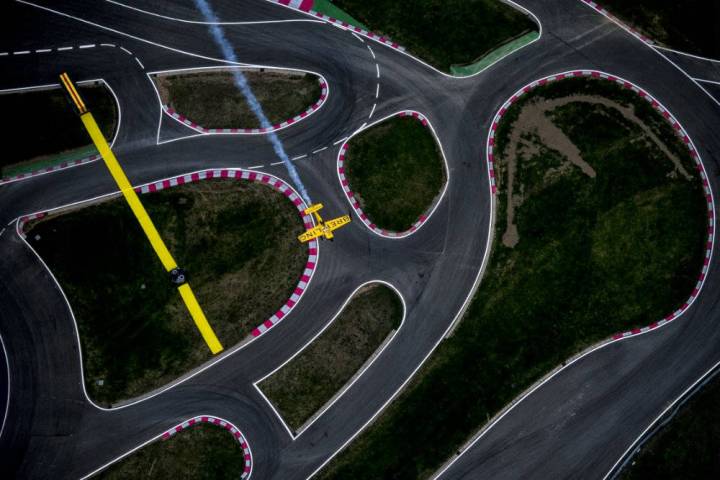 Germany’s Matthias Dolderer beat the elements, the obstacles and 13 of the world’s best pilots to become the first German ever to win a Red Bull Air Race at the second stop of the 2016 season in Spielberg, Austria. Home-country hero Hannes Arch finished second in the snowy Sunday showdown, with Great Britain’s Nigel Lamb in third.

The first snow of any race in the World Championship era couldn’t stop Matthias Dolderer from capturing his first career Red Bull Air Race win on Sunday – and it was also the first-ever Master Class win for Germany in the history of the high-speed, low-altitude sport.

Despite gusts nearing 25 knots, Dolderer made the notoriously tricky track in Spielberg, Austria look easy and clocked a winning time of 56.996, with the crowd going wild for Austria’s own Hannes Arch less than four-tenths of a second behind him in in second place. The 2014 World Champion Nigel Lamb finished a strong third.

The win confirms Dolderer’s place among the season favorites after his second-place finish at the season opener in Abu Dhabi last month, and puts him in the overall lead with 27 points ahead of France’s Nicolas Ivanoff with 19.

While the near-miss was a disappointment for Arch, who has never won at home, it was also a much-needed boost after a slow start to the season, lifting him to third overall. The 2015 overall runner-up Matt Hall of Australia couldn’t fly as hard as usual due to a back injury and is now in the eighth spot on the leaderboard, while fastest Qualifier Juan Velarde of Spain didn’t advance past the first round when he pushed hard and incurred a penalty.

Dolderer’s win made him part of motorsport history at Spielberg’s Red Bull Ring, which hosts Formula One and, returning this August for the first time in nearly two decades, MotoGP. He celebrated the experience with yodels that delighted the weekend’s crowd of 16,000.

“This is absolutely fantastic, my dream come true finally,” said the Matthias Dolderer Racing pilot. “This is like a second home race to me, and thanks go to my team and the supporters. I am really looking forward to the race at the Lausitzring in Germany.”

Tickets for all stops of the 2016 Red Bull Air Race World Championship – including the next race in Chiba, Japan on 4-5 June – are on sale now. For more information on tickets and all the latest, visit www.redbullairrace.com