Home 2021 Fitness and environmental action for a clean city 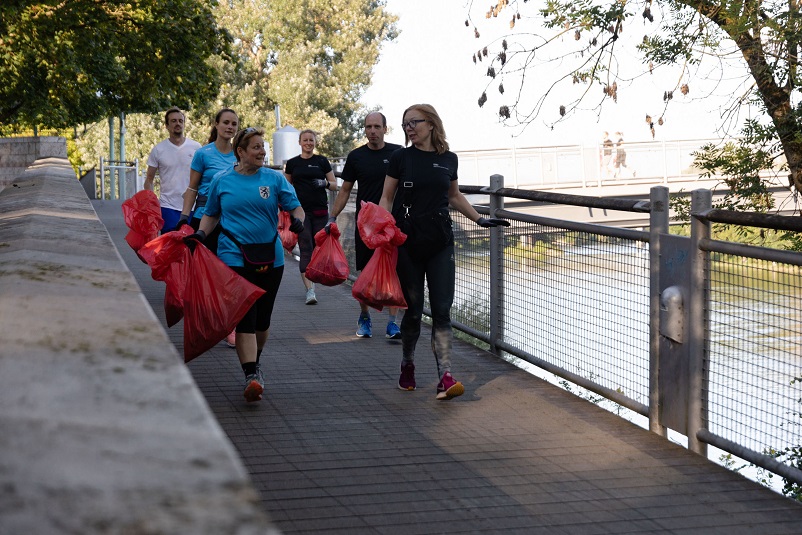 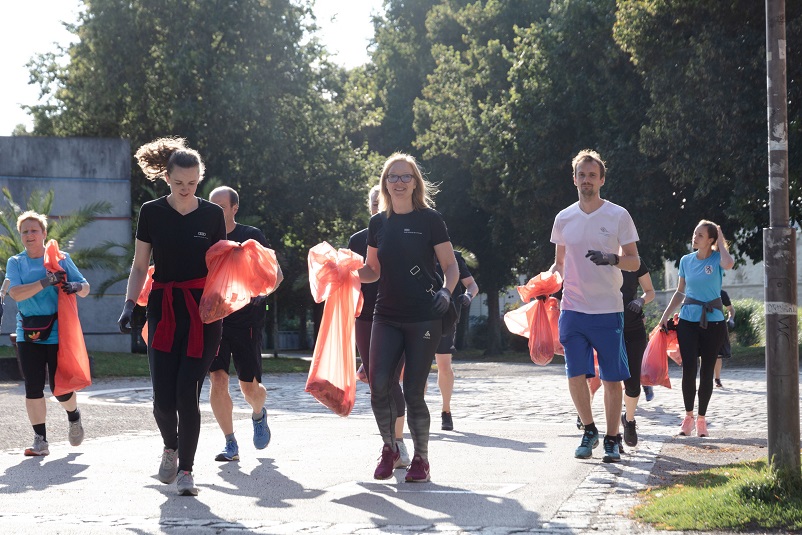 Marlen Riddering, Audi Environmental Protection “We want to create mindfulness for the environment”

Collecting trash while jogging: the Audi Environmental Foundation brought the trending sport to Ingolstadt and Neckarsulm back in 2019. The foundation organizes regular plogging events – always as far the pandemic situation allows – with Audi employees and local residents at the German Audi sites.

Participants stay in contact and motivate each other virtually during the event, lasting around an hour and a half, via an online platform. On August 19, the joggers received the support of a team of full-time environmentalists centered around Birgit Müller, the head of the environmental agency of the city of Ingolstadt, the administrative departments for sustainability and climate of the city of Ingolstadt, and Audi Environmental Protection.

The exercise session started in front of the city’s town hall with a warm-up, led by a fitness instructor from a local fitness studio. The participants, armed with gloves and trash bags, then jogged through the nearby Klenzepark in small groups or started their own individual routes.

The waste collected was then disposed of properly by the city’s municipal services. The aim of the joint event is to free the city of trash during the vacation period and make passersby in the streets pay attention to their own behavior.

“Our plogging event should also motivate others to dispose of their trash properly and ideally pick up thoughtlessly discarded trash and throw it away. We want to create mindfulness for the environment,” says Marlen Riddering, head of Environmental Protection at Audi in Ingolstadt.

“We are in regular contact with the city and are discussing where we can generate added value for environmental protection and sustainability in our immediate surroundings through joint activities. This is where the idea for a joint plogging event came from – combining exercise ans health aspects, working together, and social commitment for our immediate surroundings.”

The Audi Environmental Foundation is working to combat plastic pollution in particular in various ways. Since 2018, it has had a partnership with CLEAR RIVERS, a Dutch nonprofit organization which sets up plastic traps in waterways. They serve as a collecting basin for trash floating in the water, preventing it from being swept into the ocean.

There are now plastic traps in Rotterdam and Brussels and from September there will also be traps in the Danube in Budapest. In spring, the Audi Environmental Foundation also sponsored a Donau river cleanup in Hungary together with the cosmetics company BABOR and everware.

Over the span of ten days, around 3,2 tons of plastic alone was collected. This corresponds to a total 110,340 1.5-liter PET bottles. The latest cooperation partner in a project to prevent water pollution with microplastic is TU Berlin. The university is developing an innovative street filter, which can be installed in storm drains and can catch even the smallest plastic particles if they are swept into the gutter.