Home 2021 Storer on top, Valverde on the ground 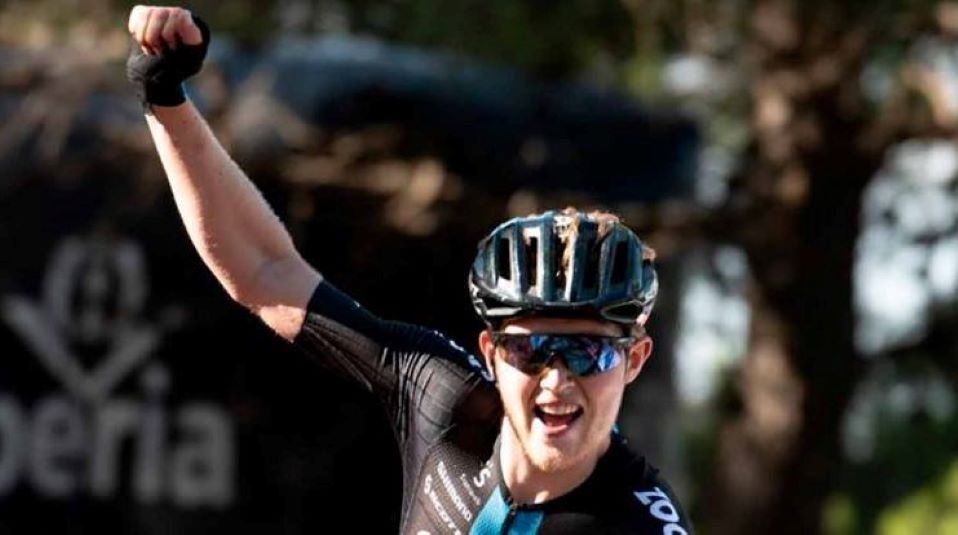 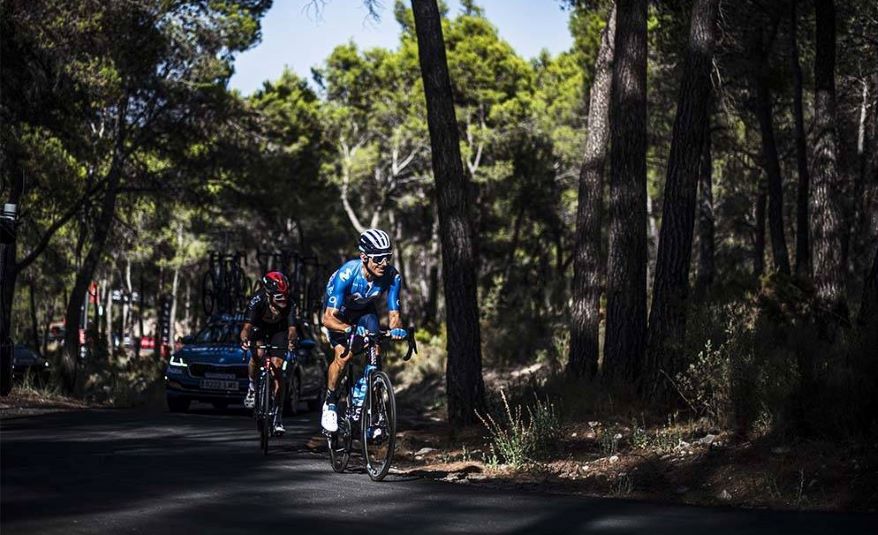 Michael Storer (Team DSM) rose to victory at Balcon de Alicante after a major battle on stage 7 of La Vuelta 21.

The 24 years old Australian climber destroyed his breakaway companions on the steeper slopes of the gruelling unprecedented final climb of the day to take the win ahead of Carlos Verona, who couldn’t offer Movistar Team the stage win on a sad day for the Spanish team.

Alejandro Valverde, participating in his 15th La Vuelta, had to abandon after a crash. Primoz Roglic (Jumbo-Visma) retained La Roja for a handful of seconds ahead of Felix Grossschartner (Bora-Hansgrohe).

The 182-man peloton of La Vuelta 21 roll from Gandia with six climbs and more than 3,500m of elevation to overcome en route to an unprecedented summit finish at Balcon de Alicante. They quickly hit the first climb of the day, the cat-1 Puerto La Llacuna, leading to a huge battle for the breakaway.

After many attacks and counter-attacks, Jack Haig (Bahrain Victorious) takes the 10 KOM points at the summit but the race situation is far from settling. A group of 29 riders eventually goes on the following valley with Matteo Trentin doing most of the work for his UAE Team Emirates’ companion Jan Polanc, the best classified rider on GC at the front: 12th, +1’42’’.

Their gap increases to 4 minutes as they go up and over the Puerto de Tudons. Meanwhile, Hugh Carthy (EF Education Nippo) abandons the race. He finished 3rd overall in 2020.

Temperature rises on the next climb, the cat-2 Puerto El Collao, when Movistar Team send Alejandro Valverde on the move to shake the race and put more pressure on Jumbo-Visma. Richard Carapaz (Ineos Grenadiers) follows that move but Valverde then crashes in a curve. The Spanish icon tries to get back up despite visible injuries on his left shoulder, but he has to abandon a few kilometres later.

Meanwhile, the front group explodes. Pavel Sivakov (Ineos Grenadiers) is very combative, alongside Lawson Craddock and Michael Storer. They open a 1’ gap to their companions on the way to the penultimate climb of the day, the Puerto de Tibi, to be summited with 13.7km to go.

Sivakov and Storer quickly drop Craddock on the first slopes up Balcon de Alicante (8.4km, 6.2%). But Carlos Verona (Movistar Team) and Andreas Kron (Lotto Soudal) join them at the front with 7km to go. The Spaniard even attacks a couple of times but nobody can resist Storer when he counter-attacks with 3.5km to go and solos to victory.

In the GC group, Steven Kruijswijk sets the pace for Primoz Roglic (Jumbo-Visma) before Adam Yates accelerates for Ineos Grenadiers. They finish with a 3’33’’ gap, allowing Roglic to save La Roja for 8’’ on Grossschartner. Mikel Landa (Bahrain Victorious) loses 30’’ on the line. – www.lavuelta.es