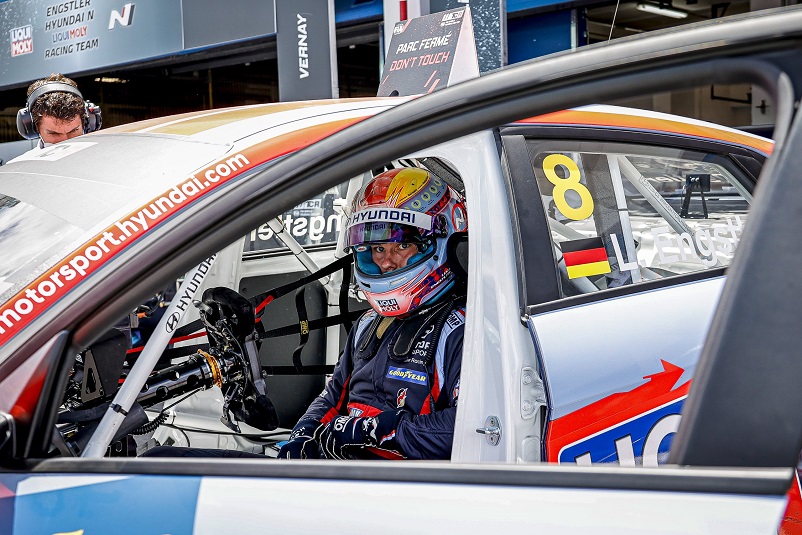 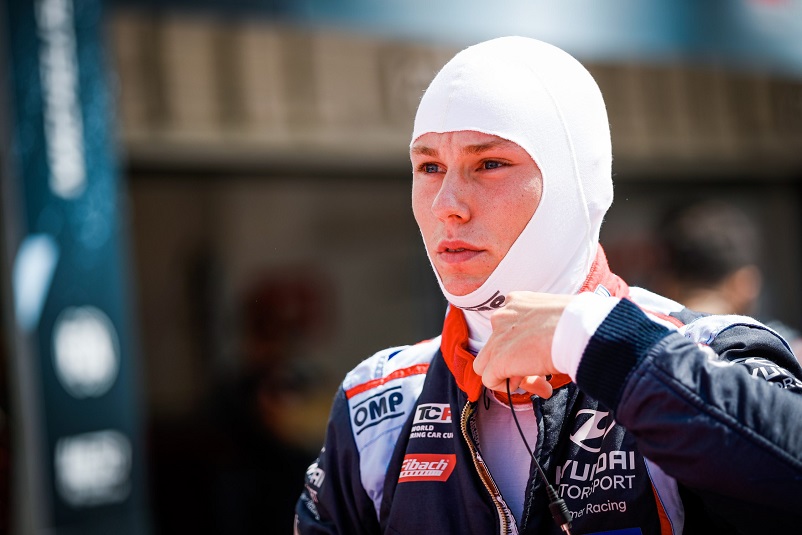 Luca Engstler might be the youngest driver in the WTCR − FIA World Touring Car Cup, but the 21-year-old has one thing his more experienced rivals don’t: knowledge of Autodrom Most in a TCR car in race conditions.

The Engstler Hyundai N Liqui Moly Racing Team driver took part in two rounds of the ADAC TCR Germany series at Autodrom Most in 2018. However, the Hyundai Elantra N TCR driver is adamant that his previous track time will count for little when his fellow Goodyear-equipped WTCR racers get up to speed during Friday’s practice sessions.

You’ve raced at Autodrom Most before, what’s it like to drive?
“The track is really nice and fits TCR cars quite well. We have a long straight so there will be a bit of slipstream strategy, many overtaking manoeuvres, so it will be a cool event.”

How much can your previous knowledge help you?
“I have raced at Most before, in ADAC TCR Germany, but I’m not taking [my track knowledge] as a good advantage to be honest. Of course, it’s good to know at least where to turn left and right but these [WTCR] drivers on that level learn the track in four laps. If we had a superpole [shootout] on Friday morning then I think I would have been quite fast but there is still half a day of practice [before Qualifying] so my experience will not make a difference.”

The chicane at Turn 1 looks extremely tight, do you predict a lot of action there?
“For sure, the first thing you will do is close the door down to Turn 1 because when there is a car in your mirror you can be sure they will dive down to Turn 1. It’s quite similar to what we know from Monza, a similar style and I expect a lot of fighting there.”

Do you expect to be in the fight?
“That’s very difficult to answer because you never know the speed of the others. We expected to be very strong in Hungary, but we were not so competitive so we will see. To be honest I like the track, the car is amazing to drive.”

After your push for victory and eventual second place at the Nürburgring Nordschleife in June, your season hasn’t quite matched up to that early form. What would you put that down to?
“I can only speak for myself but the most limiting factor was the qualifying, we did some mistakes and I couldn’t get all the sectors together. So the focus has to be on the qualifying to somehow find the rhythm again because I started amazing but somehow it got a bit worse. But I hope the luck will be back and we can be strong this weekend.”

What conclusions did you reach after the WTCR Race of Hungary weekend?
“I had a small mistake in my last run, which was 100 per cent on my side. Without that mistake I would have been in Q2 but still seeing the speed of the others and the way they can handle their speed in all sessions it’s just insane so we just lacked performance there. But it will be better in Most and for me the focus has to be to bring it together and just try to be one of the fastest Hyundai drivers and obviously to support my team-mate Jean-Karl [Vernay].”

How do you rate his title chances?
“It’s clear there’s only one guy from Hyundai to fight for the title and I will help him as much as I can to score maximum points like I did in Hungary to let him through. It was only one or two points but in the end we just need to maximise his points to make sure he is able to fight to the last race.”

You’ve combined your WTCR bid with an ADAC TCR Germany campaign. Has that helped you?
“For sure and the results in TCR Germany make me quite happy that we are performing that strong. Obviously WTCR is another story, we have another tyre, I am racing another car. The format is completely different and the level of drivers is higher for sure. But I have to take the positive things. I am in one of the strongest line-ups you can have in a team in WTCR and in my second year you cannot be as fast as them on every single lap, but I try to be as good as I can. For sure we need to hurry up a bit more in terms of points but we’ll keep working and I’m pretty sure the results will come soon in WTCR, too.”

As well as hosting rounds nine and 10 of the 16-event WTCR season, The Most World Weekend includes the deciding round of the 2021 FIM Endurance World Championship for motorbikes from Discovery Sports Events when leading riders will contest the 6 Hours of Most on Saturday October 9. Following practice and Qualifying on Friday October 8, both WTCR races are scheduled for Sunday October 10. Race 1 is set cover 13 laps and is due to begin at 14h15 local time. The 15-lap Race 2 is set to follow from 17h10.