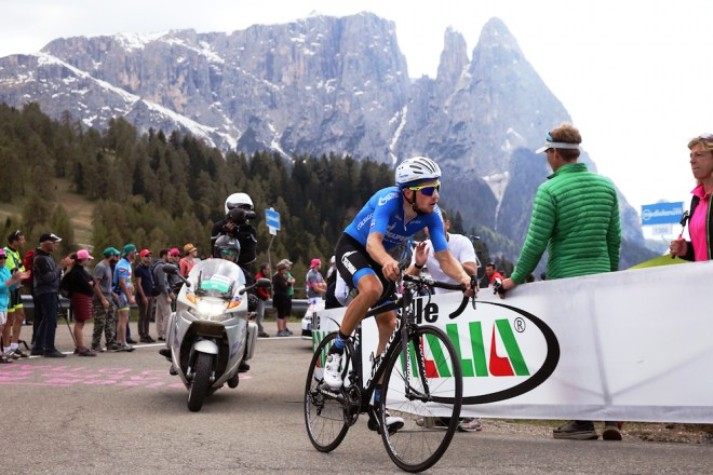 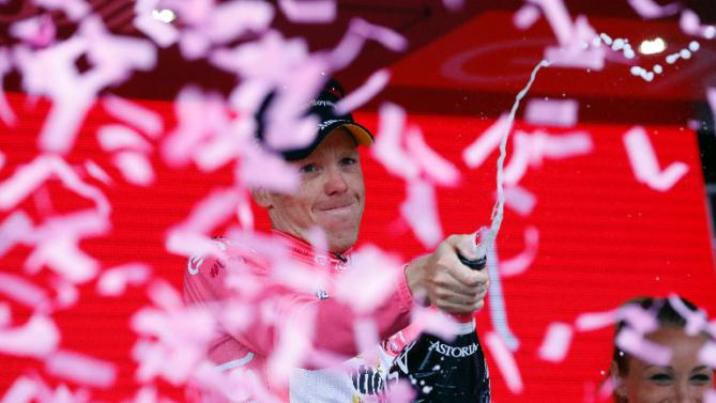 Foliforov, a Russian who rides for the Gazprom team, stunned the field with a winning time of 28min 39sec for the tough 10.8 km uphill time trial between Castelrotto and Alpe di Suisi in the Alto Adige.

“It’s a dream come true. I came here prepared for this stage because I’ve always been good at uphill time trials, but I didn’t expect to win,” said Foliforov.

His time was fractions of a second quicker than Dutchman Kruijswijk, who rode into the pink jersey on Saturday and boosted his overall victory hopes for the second successive day after leaving the 2013 champion and race favourite Nibali over two minutes in his wake.

Nibali was already trailing Kruijswijk by over 30secs by the time he suffered a mechanical problem and a bike change 25 minutes into his effort. The incident is estimated to have cost the 2014 Tour de France champion a further 30secs, but Nibali was also hindered by well-meaning fans who ran, sometimes dangerously close, next to him on several occasions.

At one point, a particularly protective Nibali fan body-checked another out of Nibali’s way and, further, the Italian rider lashed out with his arm at another as he also chased too close.

By the end Nibali saw his 41sec overnight deficit grow to a massive 2min 51sec after he finished in 30:49. It dropped him to third overall with Colombian Esteban Chaves (Orica) moving up to second at 2:12 behind Lotto team leader Kruijswijk.

Worse for Nibali, Spanish rival Alejandro Valverde, who tumbled down the overall standings on Saturday’s ‘Queen’ stage in the Dolomites mountains, bounced back in impressive fashion to finish third on the stage at 23secs behind Foliforov.

The Movistar team leader has moved up to fourth overall and although he is 3:29 behind Kruijswijk, Giro débutante Valverde is now just 38secs behind Nibali.

It is a huge blow for Nibali, but Kruijswijk looks to be going from strength to strength.

The Dutchman, who was pipped to victory on Saturday by Chaves, said: “I heard towards the end that I was close to the victory but most importantly I gained time over my rivals on GC (general classification).

“I did everything for that and I’m confident that I’ll be able to defend the Maglia Rosa (pink jersey) during the last week.”

After a third and final rest day on Monday, the battle for overall victory in Turin next Sunday moves up a gear on Tuesday with another hard day in the mountains on stage 16.

Stages 17 and 18 hold little opportunity for Nibali to claw back time meaning stages 19 and 20 will be decisive before the final, celebratory ride into Turin next Sunday.

Stage 19 is a 162 km run from Pinerolo which takes the peloton over the tough Col d’Agnello – the highest peak in this year’s 99th edition – before a long descent into France and the subsequent climb to a summit finish in Risoul, where the Italian won a stage on the 2014 Tour de France.

The decisive stage of the 99th edition is likely to come on stage 20 next Saturday, when the peloton tackles the Vars, Bonette and Lombarda climbs in an otherwise short 132 km penultimate stage. – Agence France-Presse