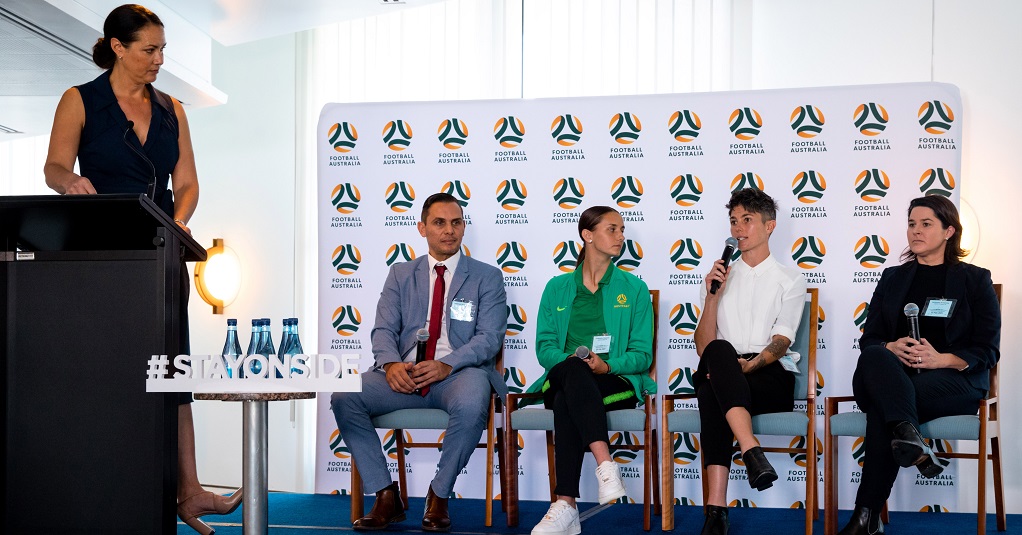 Football Australia’s plan to deliver immediate and long-term community benefits and economic impact from Australia’s co-hosting of the FIFA Women’s World Cup 2023™ took a significant step on Tuesday, with the game’s Legacy ‘23 plan presented to Ministers, Senators, and Officials of the Federal Government at Australian Parliament House in Canberra.

Legacy ‘23 is an ambitious plan for Australia to realise enduring and exciting benefits as a result of hosting the biggest sporting event on Australian soil since the Sydney 2000 Olympics.

The Legacy ‘23 plan – which is inextricably linked to Football Australia’s bold 15-year vision for the sport embodied within the XI Principles – for the future of Australian football (XI Principles) released last year – covers five (5) key pillars and provides the blueprint for the domestic and international football community, Governments at all levels, and corporate Australia, to ensure the full range of opportunities presented by the FIFA Women’s World Cup 2023™ are maximised.

“In June last year, the nation united as one when Australia was announced as a co-host of the FIFA Women’s World Cup 2023™,” Football Australia Chair, Chris Nikou, said. “But that was just the beginning. Now football, together with all levels of Government, is aiming to work hand-in-hand to truly realise the benefits of hosting the global event, which in 2019 secured over 1.2 billion television viewers.”