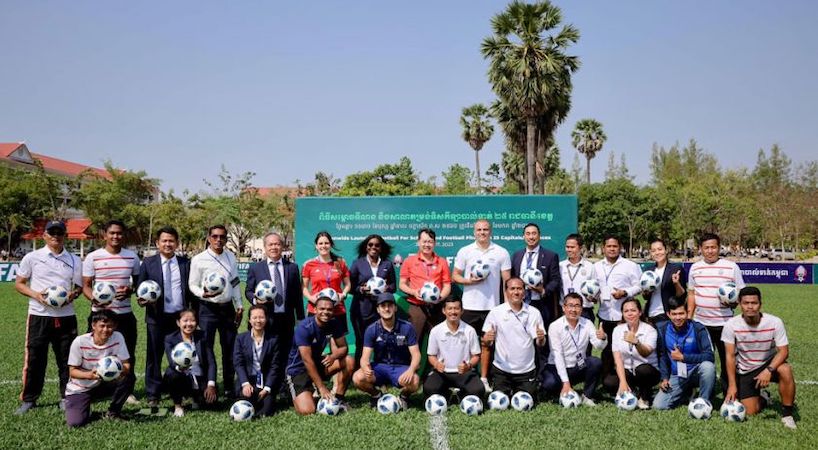 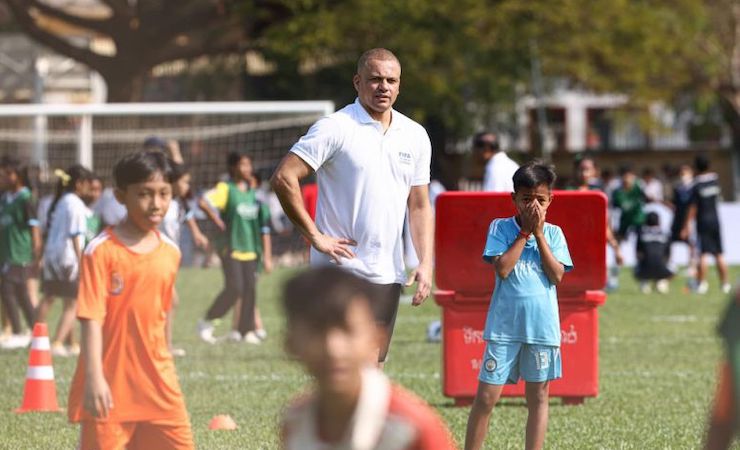 The new year is traditionally a time for making resolutions, and FIFA Football for Schools Programme Director Fatimata Sidibe has already made hers clear for 2023. “We want every child across the world to have the opportunity to play football, through the 211 member associations, and in doing so we want them to learn and pick up life skills.”

It is that exact aim that the Football For Schools programme has been working towards over the last few years.

Following an intense and productive 2022, 31 of FIFA’s 211 member associations have successfully implemented the programme, which aims to make the game more accessible for young children by bringing football-based activities into the educational system. And with 2023 only just underway, Cambodia has become the latest country to embrace the programme.

“It’s a great day for the Football Federation of Cambodia,” said its secretary general, Keo Sareth. “It’s an honour to launch the national FIFA Football for Schools programme at the magnificent setting of Siem Reap/Angkor.”

The venue was carefully chosen and provided the ideal location for celebrating this festival of football, the most popular sport in Cambodia. The game is played regularly by people of all ages and backgrounds in the 25 provinces that make up this tropical country in Southeast Asia.

“There is more to football than just the result,” added Sareth. “It’s a sport that has a part to play in nation-building by promoting health, education, discipline, morality, mutual respect, solidarity, friendship, culture, and tourism.”

These are the very principles and values championed by Football For Schools.

The programme was officially launched in Siem Reap on Tuesday, following a two-day seminar with coach/instructors in the Cambodian capital of Phnom Penh. There was a party atmosphere as hundreds of children took part in fun football workshops under the watchful eye of FIFA Legend and former England international Wes Brown, and Sok Sabayna, representing the Cambodian Ministry of National Education.

Though all eyes were on Siem Reap, the programme launch was a truly national event, with Football For Schools activities being organised in every Cambodian province. Practical workshops introducing children to football and teaching them key values and social skills were held everywhere, and these moments of sharing will be repeated in the months to come.

“This national launch of Football for Schools in Cambodia has been a real team effort,” said Sidibe. “It’s the biggest Football for Schools launch event we’ve been to. The work and coordination that have gone into the organisation of these 25 festivals at the same time and across the nation are truly impressive.” – www.fifa.com