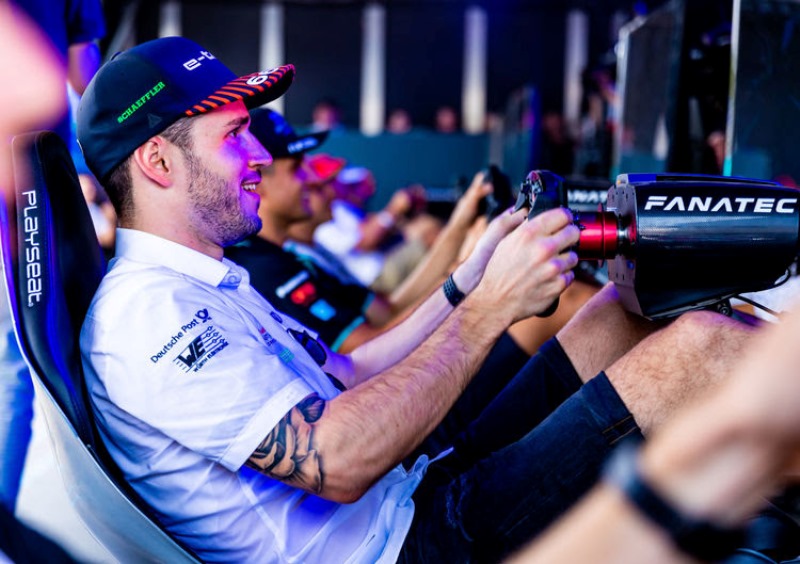 Audi Sport ABT Schaeffler will be competing in the ABB Formula E Race at Home Challenge with its two regular drivers, Daniel Abt and Lucas di Grassi, who will be using simulators in their hometowns: Kempten and São Paulo.
The season opener begins at 16:30 (CEST) on Saturday, April 18. The pre-season test race and the entire show will be available live on the official Formula E website.
At least nine events, one every week, with all of the top Formula E drivers and spectacular city circuits like Monaco and Hong Kong: Formula E uses the worldwide racing break for an adventure into the virtual world.
In contrast to other simulator series, the ABB Formula E Race at Home Challenge only features drivers from the world of Formula E, and they are competing for a good cause: In partnership with the United Nations Children’s Fund UNICEF, Formula E is supporting the global campaign against Covid-19.
The preparations in Kempten in Bavaria and in Brazil’s metropolis São Paulo are already running at full speed: Daniel Abt and Lucas di Grassi are working on their technical setups to be ready to start on Saturday afternoon.
“It used to be a toy, but now the home simulator is like my race car,” says Daniel Abt, who is setting up all of the equipment at home at the moment. “So, now I’m a racing driver, mechanic and engineer all in one.” After all, the German has already won an E-Race, which is always held on race day together with fans on simulators in the E-Village at the real Formula E circuits.
Lucas di Grassi, together with his family, withdrew from public life to a rural area close to São Paulo and returns to his hometown for the race days, where he can use a simulator. “These are hard times for everyone right now. It’s great that we can now at least offer our fans a bit of action and fun with this idea from Formula E,” says Lucas di Grassi, who has been a UN ambassador for clean air since 2018.
“We will be giving everything to provide a good show and also doing something for a good cause at the same time – a perfect combination.”
The ABB Formula E Race at Home Challenge regulations have nothing to do with the normal set from Formula E and are as simple as they are exciting: after a single lap in qualifying, the drivers will compete against each other in a so-called “Race Royale”: On every lap, the last car drops out until only the top ten remain.
Points are awarded according to the well-known Formula E system, which includes points for pole position and the fastest race lap. The basis for the series is the game rFactor2.
In addition to the virtual action on track, there will also be a show with presenter Nicki Shields and commentators Jack Nicholls and Dario Franchitti. Formula E will broadcast the kick-off of the ABB Formula E Race at Home Challenge live on YouTube, Facebook, Twitter, Twitch and the official website www.fiaformulae.com.