Home 2022 Formula E lead the way for motorsport at SXSW 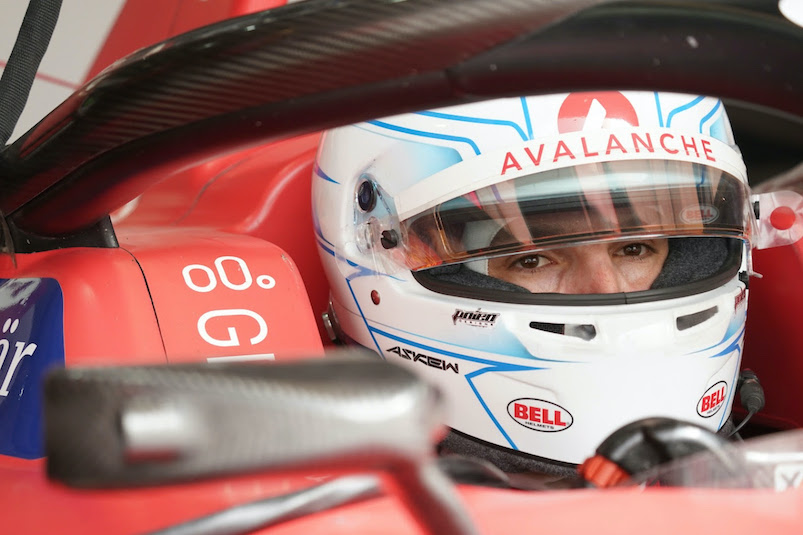 The first US driver in the Championship, Oliver Askew of Avalanche Andretti Formula E, and Jaguar TCS Racing Team Principal, James Barclay, to speak on the panel

‘No Turning Back: Formula E and the Electric Future’ session is part of the new  Transportation track at SXSW

Formula E will host the first-ever motorsports-focused session at SXSW, the annual festival and conference event for the creative industries in Austin, Texas, on Thursday 17 March.
Avalanche Andretti Formula E team driver Oliver Askew, who this season became the first American driver in the ABB FIA Formula E World Championship, will be a speaker in the session entitled ‘No Turning Back: Formula E and the Electric Future.’
Askew will be joined by James Barclay, who has been Team Principal of Jaguar TCS Racing since 2015. Barclay oversees Jaguar’s global motorsport initiatives as Jaguar is reimagined as an all-electric luxury brand from 2025. He was recently appointed to the newly-created leadership position of Managing Director, Jaguar Land Rover Motorsport.
Also appearing on the panel will be Stephanie Medeiros, Global Emobility Executive at ABB, the title partner of the ABB FIA Formula E World Championship. Based in Canada, Medeiros has more than 14 years of engineering and leadership experience and works on the largest global electric charging infrastructure deployments.
The panel will be chaired by Hannah Brown, Chief of Staff at Formula E and a member of the Leaders in Sport ‘Leaders Under 40 Class of 2021’ and Henry Chilcott, Chief Marketing Officer, Formula E.
The SXSW session will explore Formula E’s emergence as a challenger brand in sport with a mission to drive the adoption of electric vehicles globally in the battle against climate change.
Hugh Forrest, Chief Programming Officer, SXSW said:
“We are super excited to host the ‘No Turning Back: Formula E and the Electric Future’ panel as part of the new Transportation track at SXSW 2022. This will be the first-ever motorsports-focused session in the 35-plus years that we’ve been doing the event. SXSW is a strong reflection of what is happening in Austin — and the inclusion of this session at this year’s event indicates the city’s current stature as a hotbed of innovative thinking for the global transportation industry.”
The full description of the ‘No Turning Back: Formula E and the Electric Future’ panel session at the SXSW Transportation track on the afternoon of Thursday 17 March is:
Season 8 of the ABB FIA Formula E World Championship is underway with 11 teams and 22 drivers racing on the streets of iconic cities around the world including New York, London, Monaco, Vancouver, Diriyah and Seoul with more fans tuning in to watch live races on TV and across digital platforms than ever before.
In the race to fight climate change, there is no turning back from the promise offered by the adoption of electric mobility and Formula E is accelerating this transition in transport.
In Season 9 Formula E will debut its Gen3 car described as: “a machine created at the intersection of high performance, efficiency and sustainability.”
The Gen3 will be the world’s most efficient racing car, a creature designed for its habitat: racing on city streets in wheel-to-wheel combat. The Gen3 will be net-zero carbon, maintaining the championship’s status as the first sport to be certified as net-zero carbon since inception.
Charging solutions for the Gen3 cars will be provided by ABB, drawing on the company’s extensive experience as a world leader in EV charging infrastructure.
This session features a Formula E driver, Team Principal and experts in electric mobility discussing their role in Formula E’s unique brand of dramatic, wheel-to-wheel high-speed racing – proving that high-performance motorsport and sustainability can powerfully co-exist.
Askew, a Florida native, began karting at the age of eight and moved up both the American and European ranks before making the jump to cars in 2015. After winning the Team USA Scholarship in 2016, Askew climbed the Road to Indy ladder, winning the USF 2000 Championship in 2017.
With his championship scholarship, Askew moved into the Indy Pro 2000 Championship quickly followed by another step up joining Andretti Autosport’s Indy Lights team in 2019. He claimed seven wins, seven poles and 15 podiums on his way to win the 2019 Indy Lights Championship with Andretti.
Askew made his IndyCar debut in 2020 competing in 12 races and scoring one podium. Most recently, the young American recorded starts in both IndyCar and IMSA, sealing a win, five top-five finishes, and six top-10 finishes throughout his time on track in 2021.
Further information on the Transportation track at SXSW is available at: https://www.sxsw.com/conference/transportation/