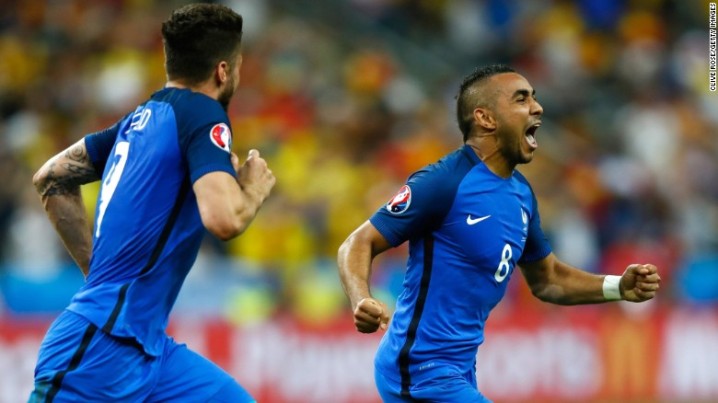 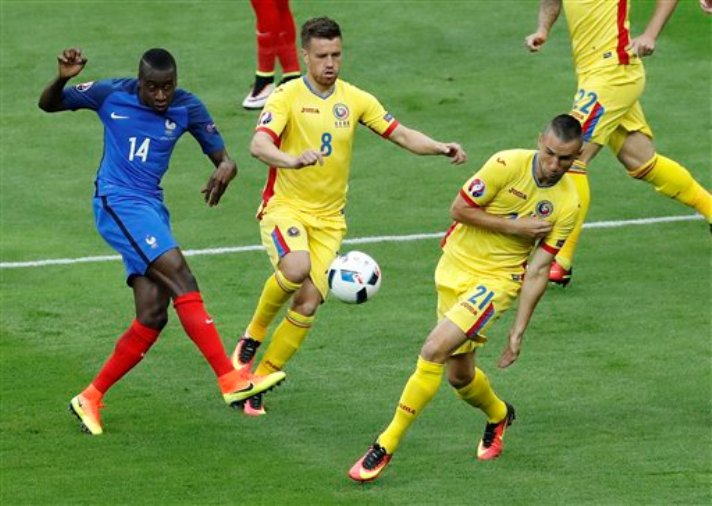 With France heading for disappointment, Dimitri Payet unleashed a sensational goal to rescue the European Championship hosts who claimed a 2-1 win over Romania in an emotional opening match.

In a packed Stade de France surrounded by thousands of police guarding against a repeat of the Novermber 13 attacks on Paris, coach Didier Deschamps said a nation’s expectations had weighed heavily.

“The players felt it and that imposes obligations. Psychologically it was not easy to manage but we were rewarded” with the win, he said.

Germany, Spain, Italy, England and other rivals for the European title cannot have failed to notice France’s frailties in defence and Payet’s inspirational performance.

After a nervous start against a Romanian team with nothing to lose, the 29-year-old Payet, who only broke into the France team this year, provided the cross for Olivier Giroud to head France into the lead in the 57th minute.

Romania had defended stubbornly. Bogdan Stancu equalised from the penalty spot after a clumsy foul from Patrice Evra on Nicolae Stanciu.

Payet then had to step in with a bending 25 metre strike in the 89th minute that brought tears even to the scorer as he left the field.

“It was a lot of stress, a lot of pressure, if someone had told me it would have gone like that I don’t think I would have believed them,” said Payet.

“It was that emotion that came out in the goal,” added the 29-yeear-old who has had a stunning season with West Ham United in the English Premier League.

Deschamps, bidding to repeat France’s triumphs at Euro ’84 and the 1998 World Cup on home soil, was relieved to get a win that put France top of Group A with matches against Switzerland and Albania to come.

“We struggled to get out the blocks but the reward was at the end. It’s a very good thing to have won the first match, to start us off in the competition,” he said.

Some 90,000 police and security guards are protecting the 10 stadiums and surrounding fan zones during the month-long 24 nation contest.

The government and even top players fear a repeat of the Paris attacks in which 130 people died last November.

But the first violence erupted in Marseille where England fans fought Russian rivals and police for a second day amid clouds of tear gas.

Riot police had to separate English and Russian supporters. Officials said seven arrests were made and the riot squad spent the rest of night watching hundreds of beer sodden fans.

England’s match against Russia and Gareth Bale’s Wales’ match with Slovakia in their first appearance at a Euro finals are the highlights of Saturday. All four teams are in Group B.

Wales will be counting on Real Madrid forward Bale for goals against a tricky Slovenia side in their opener.

In the day’s third match, brothers Granit and Taulant Xhaka will clash — one playing for Switzerland and the othere for Albania.

Meanwhile, Manchester United goalkeeper David De Gea appeared at a Spanish team press conference to dismiss reports that he had organised a party where women were allegedly forced to have sex against their will.

“I am the first one to be surprised by this report. I deny it, it is false and nothing more, it is a lie and false,” De Gea said.

The witness reportedly said she and another woman were forced to participate in a party in 2012 organised by De Gea, in which they both had sex with footballers.