Home 2019 Fuglsang: “Everything has come together” 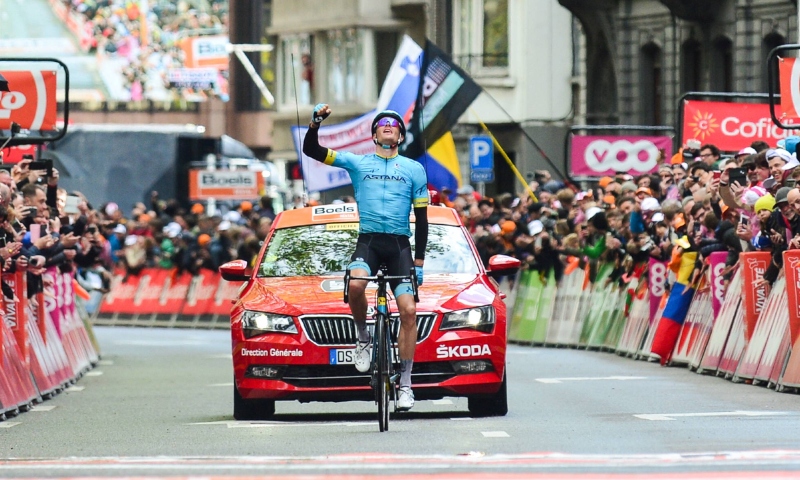 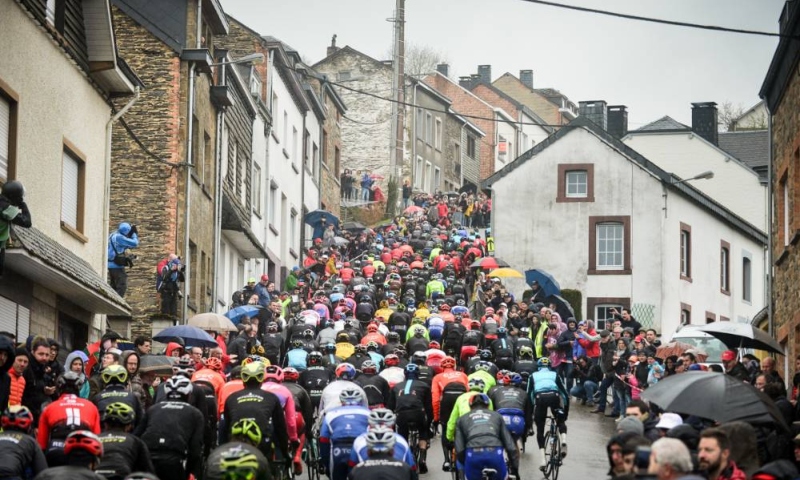 Jakob Fuglsang (Astana), winner of Liège-Bastogne-Liège: “It’s an amazing feeling. This week was a big goal for me and to crown it with a victory in such a race is just amazing. I don’t know why it came late. First I had to grow up. This season, it seems like everything has come together. Now it clicks. It took some time but now I hope I have two or three more years to enjoy it. Before the downhill leading to La Redoute, I was on the wheel of Luis Leon Sanchew and Julian Alaphilippe was following his guys, I looked to see how he was feeling. He looked back and said: ‘I hope you win today’.

I think he knew he wasn’t at his best because of the weather or Roche-aux-Faucons could be too hard for him. I had made up my mind and my finish line had to be on top of La Roche-aux-Faucons because if I was in a group I probably wouldn’t win. When I looked back at (Michael) Woods, he was basically dropped. And Davide (Formolo) was two or three metres behind so I figured it’s now or never, you have to die or win, give it all. I don’t know if the new route favored me. But now I do like it.”

Jakob Fuglsang (Astana) delivered on Sunday, capping off an impressive classics campaign with a solo win in the 105th edition of La Doyenne. The 34-year-old Danish champ made the most of the new route and built his victory in the Côte de la Roche-aux-Faucons before soloing away from everyone with 13 km to go to claim his 20th professional win, the first one in a one-day race! Davide Formolo (Bora-Hansgrohe) finished second and Maximilian Schachmann (Bora-Hansgrohe) dominated the sprint in a small group to claim the third spot on the podium. He is the second Danish to win Liège-Bastogne-Liège, 26 years after Rolf Sorensen.

Deceuninck open the race, Martin and Valverde out

The peloton only covers 30 kilometres in the first hour and the attackers build a 10’35” advantage before Deceuninck-Quick Step and Tim Wellens (Lotto Soudal) pick up the pace at the front. The gap is down to 6’40” at the summit of the first climb of the day, La Côte de La Roche-en-Ardenne (km 75). Dan Martin (UAE TEAM Emirates), who won Liège-Bastogne-Liège in 2013, abandons when the race reaches the feeding zone (km 102.5).

The gap stabilizes between 6 and 7 minutes until Julian Alaphilippe’s Deceuninck-Quick Step accelerate after 140 kilometres and put the peloton in pieces. Riders like Adam Yates (Mitchelton-Scott) and Jelle Vanendert (Lotto Soudal) are momentarily dropped. The World champion Alejandro Valverde (Movistar) abandons with 105 km to go and misses on his opportunity to match Eddy Merckx’s record of five victories in La Doyenne.

Strong moves from far away

The gap is down to 1 minute when the riders reach the sequence Wanne – Stockeu – Haute-Levée. Julien Bernard goes solo at the front in the Côte de Wanne. A strong group of 28 riders, including Philippe Gilbert (Deceuninck-Quick Step), Vincenzo Nibali (Bahrain-Merida), Max Schachmann (Bora-Hansgrohe) and Greg Van Avermaet (CCC Team), gets away from the bunch in the Côte de La Haute-Levée, with 75 km to go. They catch Julien Bernard 5 kilometres later but the main bunch reels them in at the bottom the Col du Rosier.

Jakob Fuglsang attacks in the steepest part of the climb. Only Davide Formolo (Bora-Hansgrohe) and Michael Woods (EF Education First) manage to follow him up to the summit. But Fuglsang insists and drops them with 13 km to go and survives a near miss in the final downhill, to solo to the victory, Formolo holds on to finish second. His teammate Maximilian Schachmann dominates the sprint in a small group to join him on the podium.