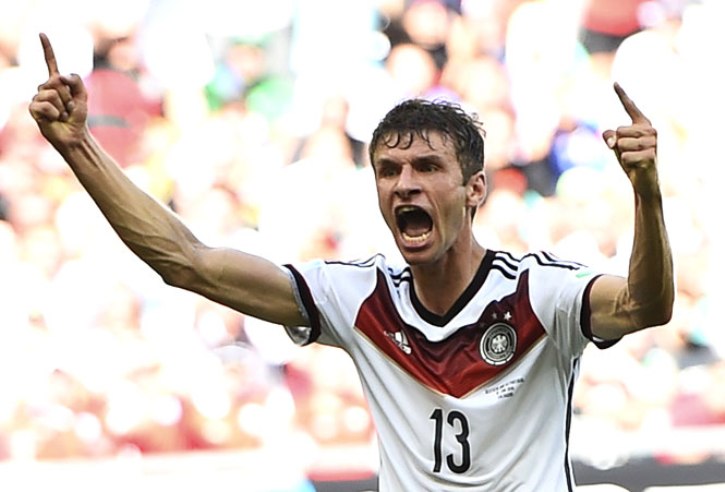 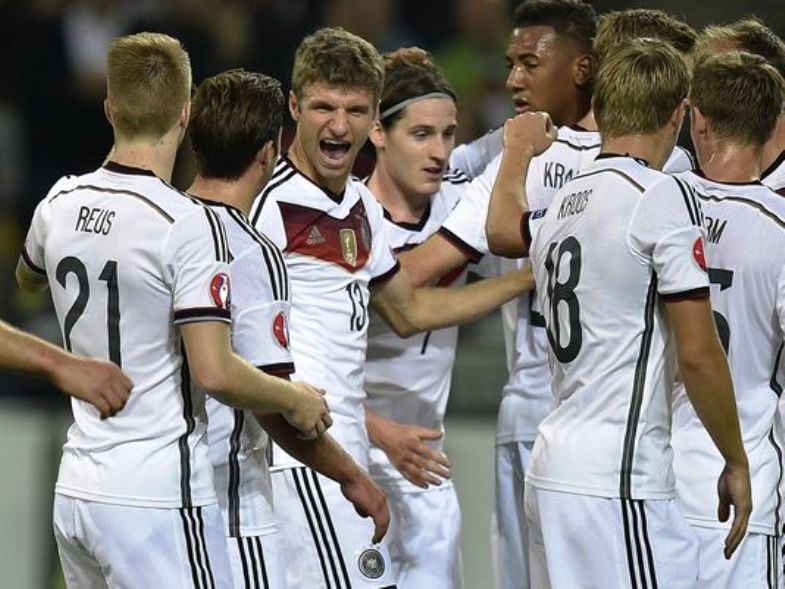 Famously mistaken as a ball-boy by Diego Maradona after his Germany debut in 2010, Thomas Mueller will need no introduction at Euro 2016.

Despite having earned 70 caps and scored 31 goals for Germany, Mueller is still only 26 and is a shoe-in for club or country whether as a winger, attacking midfielder or striker.

He insists he is just an average guy and his name is so typically German that 700,000 countrymen are also called Thomas Mueller, except this one has well over nine million followers on Facebook.

Bayern fans dubbed him the ‘100-million-euro-man’ after Manchester United reportedly tabled a massive bid for the Bavarian-born product who joined Bayern from regional team TSV Paehl as a 10-year-old. His brother Simon still plays for the club.

“It’s basically crazy the numbers which are currently kicking around in football — that’s just business,” Mueller replied when asked about his bling nickname.

But the sky’s the limit in terms of what a Premier League club would potentially pay for the forward Bayern regard as ‘irreplaceable’.

Perhaps the greatest testament to Mueller’s talent is that in a squad of superstars at Bayern, head coach Pep Guardiola, much like Germany boss Joachim Loew, is a fellow convert to Louis van Gaal’s famous dictum that, when fit, “Mueller always plays”.

Off the field, he is not your typical footballer.

His wife is not a model, but a dressage rider. The couple own several horses.

He has neither a fancy haircut or a flash tattoo and the lanky Jack-the-lad is the joker in the Germany and Bayern squad.

He was asked, in English, straight after winning the 2014 World Cup final if he was disappointed to have missed out to James Rodriguez on winning the Golden Boot as the tournament’s top scorer.

Mueller looks like he would be just as comfortable bantering with locals and serving frothy mugs of beer in his upper Bavarian home village’s beer garden as scoring goals for club and country.

He grew up a Bayern fan, slept under a duvet in the club’s colours and went to games at the Olympic Stadium with his cousins.

Mueller is the first to admit that he is not the fastest in a sprint, “but I’m pretty good over 10kms”, in reference to his high work rate.

When Germany finished third at the 2010 World Cup, he left South Africa with both the Golden Boot and the best young player award and wrote himself into German football folklore with two goals in the 4-1 trouncing of England in the last 16.

Four years on, Maradona, who by then knew exactly who he was talking about, dubbed Mueller ‘El Flaco’ — the Skinny One — after the German’s hat-trick in the 4-0 win over Portugal in the opening group match of Brazil 2014 playing as a False Nine.

Should Schweinsteiger fail to recover in time from a medial knee ligament injury, Mueller could find himself going from Jack-the-lad to captaining his country in France. – Agence France-Presse