Home News GIRLS’ U15: Winning start for Thailand and Myanmar 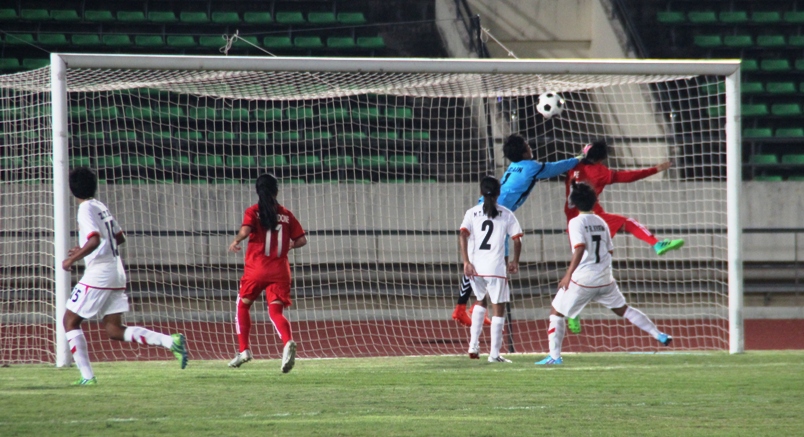 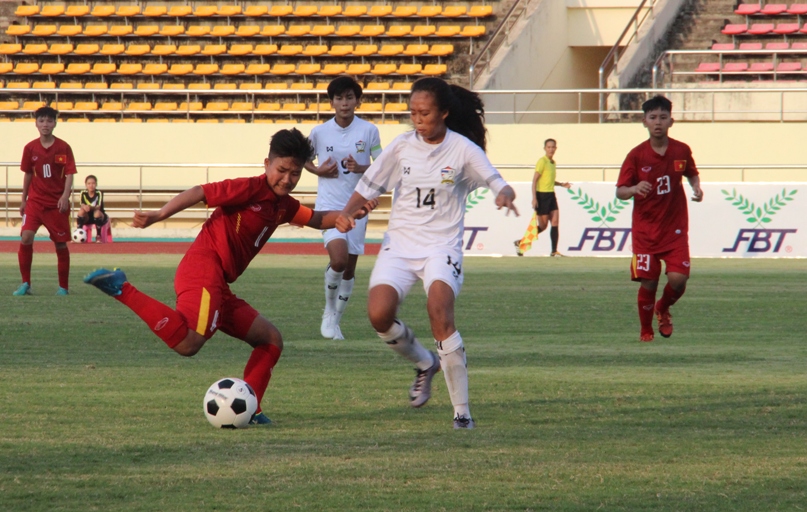 Thailand and Myanmar made a winning start to their campaign in Group A of the inaugural AFF Under-15 Girls’ Championship when they overcame their gritty opponents here at the KM16 National Stadium.

Thailand edged Vietnam 1-0 while hosts Myanmar held out to a 2-1 win over hosts Laos.

The opening game of the tournament could not have been better than to see two giants of the women’s game in ASEAN slugging it out. But while the younger age group of the U15 maybe an unknown entity, the pedigree is still all the same.

Both set of players displayed trademarks of their older sisters and the match was full of action – end to end.

With Thailand setting the early pace, it was a little unfortunate that constant pressure saw Vietnam conceding an own goal where off a cross from Suchada Kamjoroen from the left, defender Trinh Thi Thuy Danh’s attempt at a clearance saw the ball going into her own goal.

But the Vietnam girl’s did not disheartened as they kept their focus to push Thailand into the their own and in the 21st minute, they rightly earned a penalty when midfielder Phonchita Thaenprathum was penalised for an infringement inside the box.

However, Tran Thi Thu Xuan failed to convert that chance where even though her attempt beat Thai keeper Ponpimon Ngoenphon, it came off the upright instead.

The substitution for Trinity Parascandola into the second half saw Thailand taking their foot off the gas and that allowed Vietnam more play.

Vietnam substitute Do Thi Nhi was a handful against the fast tiring Thai defence but keeper Ponpimon was just a tad faster to deny her.

In the meantime, Myanmar were lucky to escape with a 2-1 win against Laos where a late fightback came a bit too late for the hosts.

As Laos were settling in, Myanmar came at them with all their might and just three minutes in, they scored the winner when captain Myat Noe Khin fired in past keeper Phetlavanh Xaiyaphetdale.

Eight minutes later, Myanmar were 2-0 with Zin Mar Htwe capitalising on a defensive lapse to score from the easiest of tap-ins.

But in front of their home fans, the Laos girls kept on pushing forward with midfielder and captain Kemmy Phatdala perhaps their best weapon with her hard running and excellent ball control.

She came close several times to finding the first goal but it was always denied by a recovering defender or the lack of support saw her going at it alone.

But ten minutes to the end of the 80-minute tie, Kemmy finally found the back of the net when she found the space in between the Myanmar defenders to slip the ball past keeper Htet Eindra Lin.