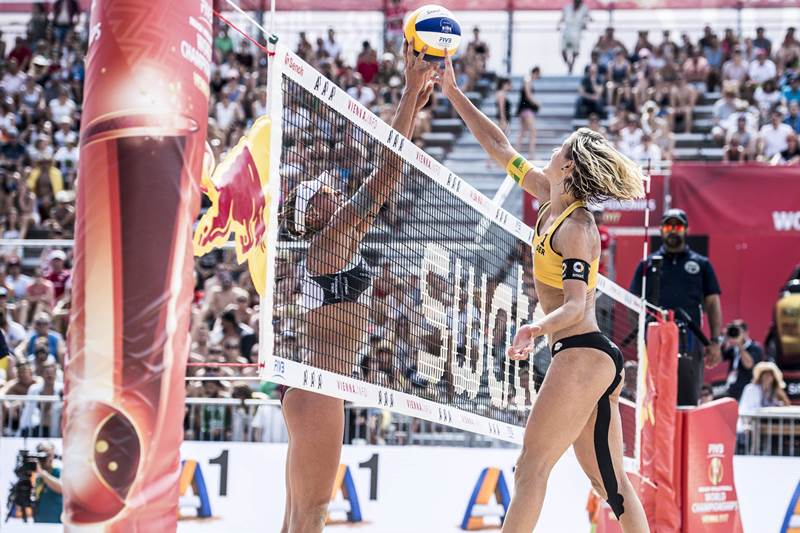 Season to start in Fort Lauderdale, USA, in February

Series will end with FIVB World Tour Finals in August

The world’s best beach volleyball stars will grace the sand once more in 2018 following the eagerly anticipated announcement of next year’s Beach Volleyball Major Series calendar.

Goosebumps are guaranteed as the series returns for its fourth installment where the beach elite fight for the highest prize money and ranking points on the FIVB World Tour.

Fun in the sun in Florida will kick-off the new beach volleyball season, with the Fort Lauderdale Major returning to the United States for a second successive season between February 27 and March 4.

Brazilian Saymon, 24, said: “Our victory last year was historic and marked our careers. It was definitely special for us. It will be fun to return to Fort Lauderdale and relive those emotions but we are aware that it will be a different tournament and that we need to be ready to compete against the best. I hope we can finish the tournaments with reasons to celebrate again.”

In July, the beach makes its annual pilgrimage 1,050 meters above sea level to the picturesque setting high in the Swiss Alps to Gstaad. Americans Phil Dalhausser and Nick Lucena and Chantal Laboureur and Julia Sude, of Germany, will be aiming to retain their titles of the kings and queens of the mountains after triumphing last season, when the tournament returns between July 10-15.

The biggest news of the calendar is that beach volleyball will stay in the Austrian capital, Vienna, in 2018. Following the huge success of the FIVB Beach Volleyball World Championships last year – which saw 180,000 fans turn out in force – a Vienna Major will run from July 31 until August 5 and take place on the iconic Danube Island.

The curtain on another breathtaking season on the beach will then come down with the annual FIVB World Tour Finals, which will be held at a soon to be revealed location from August 14-19. The world’s best players will compete for the title and a share of a huge 800,000 USD prize. Last season, Olympic and World Champions Laura Ludwig and Kira Walkenhorst regained their title with an awe-inspiring display.

“We can’t wait to return for the Beach Volleyball Major Series next year,” said Ludwig. “The atmosphere was unbelievable wherever we went on the tour. The whole set-up is incredible – it really does raise our sport to the next level.”

The question is who will try to oust the champions from their throne? The answer is, find out on the 2018 Beach Major Series season!