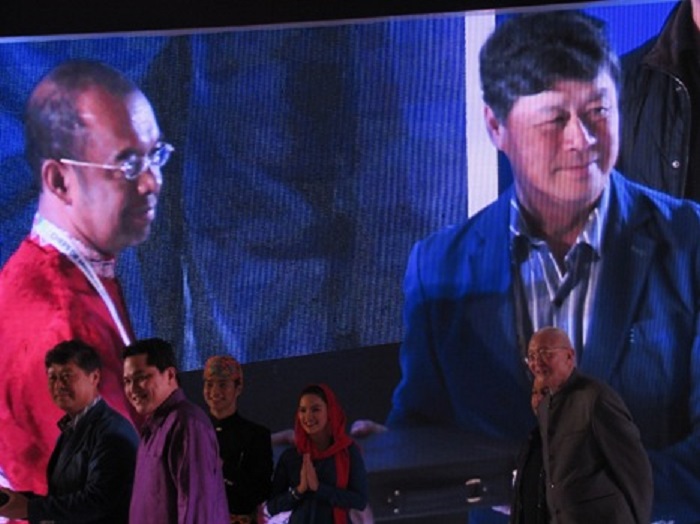 Indonesia’s Minister of Communications and Information Technology, Mr Rudiantara, spoke of the remarkable growth of Indonesia, Asia and the Asian Games at the official dinner of the Chefs de Mission Seminar for the 18th Asian Games 2018 on Thursday evening.

Addressing delegates from Asia’s National Olympic Committees at the Hotel Mulia in Senayan, Jakarta, the government minister compared the statistics from the last time Jakarta hosted the Olympic Council of Asia’s showpiece event in 1962.

Mr Rudiantara added that Asia’s population was 1.8 billion in 1962, and now it was 4.3 billion – 2.4 times higher – and Indonesia’s population had grown from 93 million to 263 million between the two Asian Games.

The President of organising committee INASGOC, Mr Erick Thohir, thanked the OCA for its support in preparing for the 18th Asian Games, which will run from August 18 to September 2, 2018 in Jakarta and Palembang, capital of South Sumatra province.

He said the region had proved to be among the most dynamic and innovative in the world in the last 20 years in terms of economics and the export of culture such as food, song and dance.

“This is why we chose ‘Energy of Asia’ as the slogan to represent us all,” he said. “We are grateful for the support of the government of Indonesia, which is working very hard. There is still eight months to go and it is time to work and not to plan. We will show you that Indonesia can be a great host city.”

The OCA’s Honorary Life Vice President, Mr Wei Jizhong, said the OCA President, HE Sheikh Ahmad Al Fahad Al Sabah, felt the Asian Games were getting better and better due to the teamwork behind the scenes.

“To all the people of Indonesia, we will show the ‘Energy of Asia’ not only to Asia but to the world,” said Mr Wei.

Following the speeches, representatives from the OCA’s five zones received an official invitation to the 18th Asian Games, while the next two host cities – Hangzhou, China in 2022 and Nagoya-Aichi, Japan in 2026 – received a special memento.

The official dinner brought to an end the two-day Chefs de Mission Seminar.