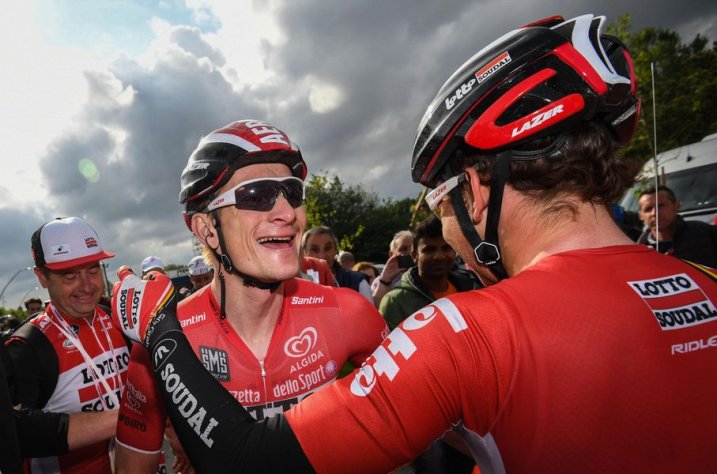 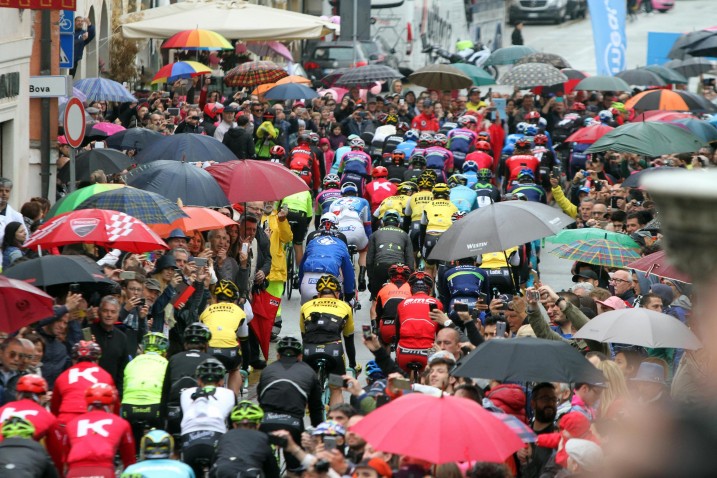 Germany’s Andre Greipel saluted a Lotto team masterclass that delivered him to his third sprint victory of the Giro d’Italia after a flat 182-kilometre 12th stage from Noale to Bibione.

“It was amazing to follow the wheels of my teammates today,” said Greipel.

The Lotto team sprinter, claiming his sixth win overall from the race, held off a late challenge from Australia’s Caleb Ewan to finish two bike lengths ahead of the Orica rider.

With the tough mountains stages up ahead, Greipel — who announced earlier Thursday he would quit the race — will now return home to prepare for “other goals”.

“My season is full of goals and of course I’m not happy to pull out of the Giro with the red jersey (for the points competition),” said Greipel.

“But the team and myself decided I would go home and leave the Giro today to prepare for the upcoming goals.”

Bob Jungels (Etixx) retained the race leader’s pink jersey ahead of the 13th stage on Friday, a 170km race between Palmanova and Cividale del Friuli.

But with the steep ascents and hair-raising descents of climbs such as the Monte Zoncolan and Monte Crostis on the menu, the Luxemburger could see his race lead come under attack from bigger favourites like Alejandro Valverde (Movistar) or 2013 champion Vincenzo Nibali (Astana).

Given the technical finish of the 12th stage — a 10km circuit with 16 sharp bends that was to be raced twice — organisers decided to neutralise the final lap.

With no bonus seconds to race for at the finish, and times being taken from the first passage of the finish line, the pink jersey contenders knew they could stay safe and lose no time with respect to their rivals.

After a hard day riding in rain and tough winds, the welcome changes also allowed the sprinters and their teams a full reign in the final lap.

But it was Greipel’s Lotto team who showed the rest how to race.

After chasing down the last remnants of an earlier breakaway, Daniel Oss (BMC) and Mirco Maestri (Bardiani), with 23km remaining, the red Lotto jerseys took over at the front with a pace that had the peloton strung out, and many trailing off the back.

When Lotto came under threat from the IAM and Lampre teams keen to unhinge Lotto’s plans, they promptly restored order.

A sharp bend coming around 400 metres from the finish line meant timing was crucial, but Greipel stayed on his last remaining teammate’s wheel to corner well.

“The plan was Jurgen Roelandts would hit the last corner first, and leave a little bit of a gap and then I could accelerate in his slipstream,” explained Greipel.

“It worked out really good. I wanted to do the sprint from the corner and I’m happy that it worked out like that.”

On the home straight the big German hit the accelerator and when Ewan tried to sneak up inside the barriers in the final 200 metres, Greipel promptly closed the door.

Results from the 12th stage of the 2015 Giro d’Italia, held over 182 km from Noale to Bibione on Thursday: