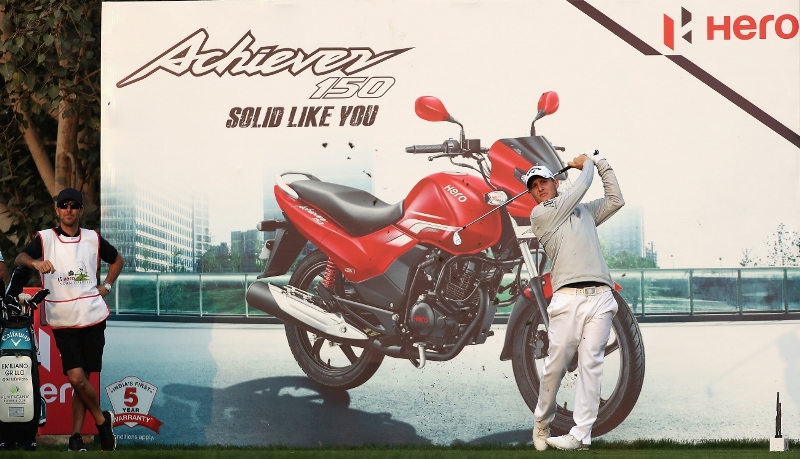 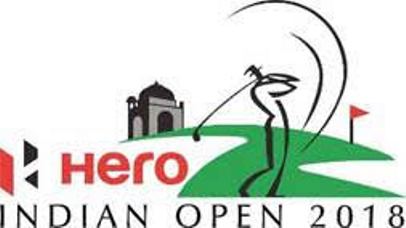 Emiliano Grillo of Argentina continued his brilliant form and carded a second-round four-under-par 68 to take the clubhouse lead at the US$1.75 million Hero Indian Open on Friday.

The 25-year-old, who started on the 10th hole, got off to a great start with consecutive birdies on holes 11 and 12. Grillo scored three more birdies and one bogey before ending his round at the Gary Player layout of the DLF Golf and Country Club.

As it stands, Grillo leads by four shots on 11-under-par 133 over India’s Shubhankar Sharma at the 54th Hero Indian Open, which is co-sanctioned by the Asian Tour and the European Tour.

Sharma brought his tournament winning form into his National Open, carding nine birdies and one bogey to sign for a course-record-breaking 64. The two-time Asian Tour champion was sensational over the back nine, where he overcame the challenging course set up to sink six birdies.

The 21-year-old turned his tournament around dramatically after carding five-over-par on his opening nine holes yesterday.

Spain’s Pablo Larrazabal (71) and England’s Andrew Johnston (66) are a shot behind Sharma in tied-third, while four golfers, including South Africa’s Keith Horne (73) and Thailand’s Panuphol Pittayarat (70) are currently in tied-fifth on 139.

Habitat for Humanity ambassador Casey O’Toole shot 66, one of the lowest scores of the day. The American is currently in tied-ninth, along with Asian Tour members Jeunghun Wang (71), Khalin Joshi (68), Sihwan Kim (70) and Paul Peterson (73).

Play was suspended due to darkness. Eight players will return on Saturday morning, 7am, to complete round two. Round three will not start before 9.30am. The projected cut is three-over-par.

It was pretty similar to yesterday, although I made a few more birdie putts in round one. Today, I have also hit plenty of fairways and greens. I thought that I played the round very well. Hopefully, I can find my putter a bit more tomorrow, like how it was on day one and with that, I can keep climbing up the leaderboard.

It’ll be the same, which is to hit fairways and greens! I’ll have the same mentality whether I’m six shots ahead or behind.

Honestly, I wasn’t expecting it. When I practised on Tuesday and played the pro-am on Wednesday, I was telling myself that I’ll be in a good position if I can just shoot under par every day. Hopefully, I can keep my form going. I’ve done well over the past two days and I can’t ask for more. Today, I hit some bad putts, but I think I’ll be fine.

I’m just going to work a bit more my putting and hit a few more drives. I’ll be looking to playing the weekend rounds like how I did in rounds one and two.

I’m just going to work a bit more my putting and hit a few more drives. I’m looking forward to playing the same going into the weekend.

Today’s round will definitely rank up there as one of my most significant achievements, especially when it is played at this course. This is a tough course and it is not easy to go low here. I’m very happy with the way I played. I shot a few low numbers in my career and this one is right in my top five.

I know I had to get a good start. I normally try to do as best as I can on the front nine. I did my best, but it was still two-under-par. But I was hitting it well, even though the back nine is tougher than the front nine, I knew I could still make birdies.

If you told me I would be seven-under-par going into the weekend after being five-over-par on my opening nine holes (10th to 18th) yesterday, I would just have laughed. To be able to bounce back is really important, I knew I was playing well and I had to push myself a little. In the morning, I told myself that I have momentum on my side. I just need to foot on the pedal and keep on going.

My highlights are all from the back nine. My second shot on the 10th, which landed about a foot from the hole, started it all. That was a very tough pin. The birdie putt on the 12th hole was huge as well.

I knew the course record is seven-under-par. To hold the record on my home course would be mean a lot to me. That was why, I decided to go for the green.

The crowd was fantastic. I always enjoy playing in front of the home crowd.

Today was a bit of a struggle. I was a little tensed up over the first six holes. I loosened up after that, as I hit some good shots that unfortunately weren’t rewarded. I have also made a couple of mistakes. It has been an up-and-down day and I made a lot of saves to keep it going. It was a very different round compared to the first day.

For round one, I thought that I was in control. Today, it was a grind. I let a few chances go and at the same time, made a few chances. All in all, five-under-par after two days on this golf course is a good position to be in.

All the holes were very scary. I hit a good putt on the seventh hole today, which settled me down and got me back into the zone for the day. The fear does motivate me. You have to concentrate on every single shot, as a bad shot can spell disaster. You tend to focus a lot. The challenge is to find a balance while you are out there.

I played really well yesterday, but let the round get away from me a little bit. Today, I played solid again. I hit a lot of really good shots. I’m very pleased for my first two rounds.

The conditions were quite calm today, similar to yesterday. I just thought that I played solid and minimised mistakes. I didn’t get into a lot of bad spots. I also think that my short game saved me on many occasions, which is good to see as I’ve been working very hard on that aspect of my game. My short game has really been the difference.

At hole four, I hit a good drive, followed by a hybrid that landed about four feet from the hole. I then sunk the putt for eagle. That was a bonus there. I was just trying to hit it into the bunker or just beside of the green, then do a chip-and-putt.

I’m very honoured and happy to be asked as an ambassador for Habitat for Humanity. In fact, this week after the tournament on Monday, we’ll be meeting the families that the organisation has helped. I’m really looking forward to it.

The pin positions today were more challenging compared to yesterday. I think I hit the ball badly and I wasn’t putting as well as I wanted to. I three-putted at holes seven and eight, which was disappointing. However, despite my putting woes, I am very happy with a one-under-par today. Hopefully, I can play better tomorrow.

For this course, I think the approach is to defend. It’s narrow, with hazards all around. The greens are tough, too. I’ll just try to avoid making bogeys.

I remembered the fourth hole, where it’s always challenging. But I found out that if you adopt a safety-first strategy, you can make birdies, which was what I did.