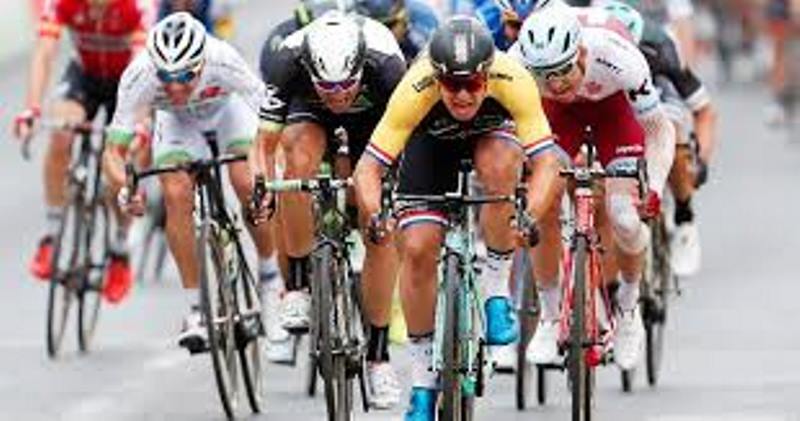 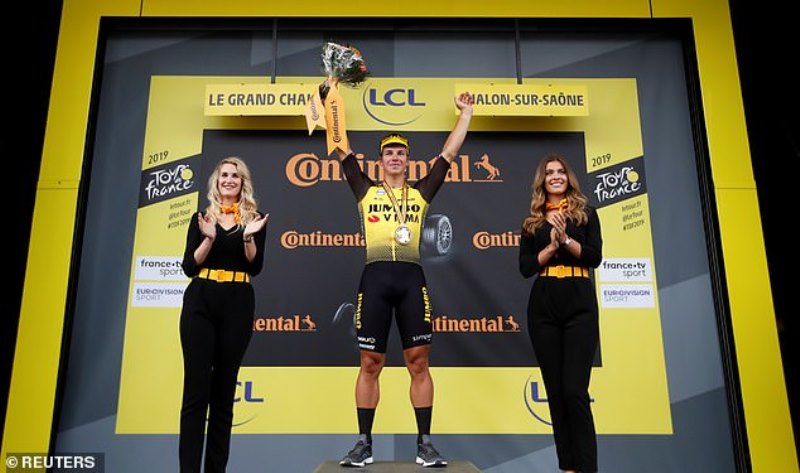 Dylan Groenewegen avenged his recent woes in the Tour de France when he outsprinted the bunch to snatch the longest stage in this Tour de France over 230 km between Belfort and Chalon-sur-Saone.

The Dutchman, hampered by a crash in stage 1, when his lead-out man Mike Teunissen won the stage and took the yellow jersey, made amends with a commanding sprint, which he won ahead of Australian Caleb Ewan (Lotto-Soudal) and points leader Peter Sagan (Bora-Hansgrohe).

Breakaway addicts Stephane Rossetto and Yoann Offredo stayed in the front for 218 km before leaving the stage for the sprinters to take the limelight. Italy’s Giulio CIccone finished in the pack and retained his yellow jersey.

The start was given at 11:35 to all 174 riders who finished yesterday. On the gun, Stéphane Rossetto (Cofidis) and Yoann Offredo (Wanty-Gobert) embarked on a long duo in the longest stage of this edition. At kilometer 8, several riders, including Tejay Van Garderen (Education First) and former yellow jersey holder Mike Teunissen (Jumbo-Visma) crashed but managed to make it back on their bikes. Van Garderen had to be treated by the medical with bruises on his face and knees. The lead of the two escapees increased regularly and topped at 5:40 at kilometre 40 when the peloton decided to keep the gap within five minutes.

Offredo and Rossetto shared the KOM points on the three climbs of the day (two points for Rossettto, two for Offredo) ridden at a reasonable pace (35 kph) because of headwind. Nicolas Roche (Team Sunweb) crashed with 130 km to go but was quickly back in the pack. The peloton, constantly led by Tony Martin (Jumbo-Visma), Kasper Asgreen (Deceuninck-Quick Step) and Maxime Monfort (Lotto-Soudal) brought the gap down under two minutes with 60 km left in the stage while quelling counterattack attempts.

The only intermediate sprint of the day, 33 km from the finish, led the peloton to move up a gear. While Offredo crossed the line in front of Rossetto, the battle was fierce behind them for green jersey points — Sonny Colbrelli (Bahrain-Merida) crossed the line ahead of green jersey holder Peter Sagan, Elia Viviani and Michael Matthews (Team Sunweb). While the pack was nearly catching the two front riders, a number of riders were caught in a split at the back, among them Nairo Quintana, Dan Martin, Wout Van Aert or Simon Yates. They made it back as the pack kept controlling the two escapees.

The 218-km break was brought to an end with 12 km to go as the sprinters trains started taking shape while the GC teams also tried to avoid trouble at the front of the bunch. Jumbo-Visma quickly took the reins under the red flame and Caleb Ewan seemed to have the upper hand when he launched the sprint from afar. But Dylan Groenewegen surged back to overtake him by the slimmest margin on the line and conquer his 4th stage win on the Tour de France ahead of the Asutralian while Sagan added precious points to his green jersey.